In our continuing feature, The Edge takes a look at ten of the best new releases coming to Netflix UK in December. This month sees a vast range of festive treats coming your way, including Christmas classics, blockbuster thrills and a number of new Netflix originals. 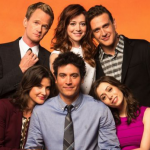 The first eight seasons of beloved US cult sitcom, How I Met Your Mother, are coming to Netflix, just in time for the holidays. Created by Carter Bays and Craig Thomas, the comedy series follows the adventures of a young Ted Mosby (Josh Radnor), as his older self recants the long-gestating tale of how he met the Mother of his children. The series also stars Neil Patrick-Harris, Cobie Smulders, Jason Segel and Alison Hannigan as Ted’s best friends. Though the final season, which aired last year, has yet to be added to Netflix, the first eight seasons should be enough to get you into the new year.

Precious: Based On The Novel ‘Push’ By Sapphire – 4th December 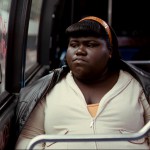 Precious is Lee Daniels’ award-winning 2009 drama, based on Sapphire’s 1996 novel, Push. Gabourey Sidibe stars as Precious – an obese, illiterate 16 year old who lives in the Harlem Ghetto with her dysfunctional, abusive mother (Oscar winner, Mo’Nique). Upon discovering that the teenager is pregnant with her second child (the product of her Father’s abusive assaults), a principal arranges to send Precious to an alternative school, wherein she is inspired to learn, love and fight for the life she deserves. Also starring Mariah Carey and Paula Patton, Precious is a harrowing, but powerful watch. 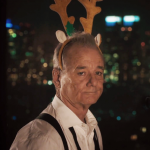 The legendary Bill Murray stars in the latest of Netflix’s original specials. Directed and co-written by Lost in Translation‘s Sofia Coppola, the mockumentary-style comedy will see Murray playing himself, as an actor worriedly awaiting for guests to arrive for his musical holiday show in the middle of a snow storm. Paying homage to classic holiday variety shows, the special will feature a star-studded line-up of celebrity guests including George Clooney, Amy Poehler, Miley Cyrus, Chris Rock, Michael Cera, Maya Rudolph, Rashida Jones and Jason Schwartzman. 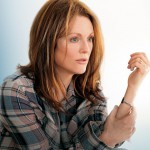 Richard Glatzer’s emotional 2014 drama, Still Alice, is coming to Netflix. Featuring an Oscar-winning performance from Julianne Moore, the film tells the story of Dr. Alice Howland (Moore), a linguistics professor whose world is turned upside down when she is diagnosed with early on-set familial Alzheimer’s disease. As her symptoms advance, we see just how the tragic effects of the illness impact Alice and her family. Also starring Alec Baldwin, Kristen Stewart and Kate Bosworth, Still Alice is an affecting, but poignant watch. 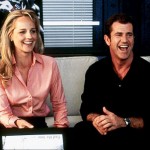 If you’re a Mel Gibson fan, Netflix has it covered. Alongside The Passion of the Christ and We Were Soldiers, the classic 2000 rom-com, What Women Want is headed to the streaming service this month. Nancy Meyers’ film follows a chauvinistic advertising exec (Gibson), who through the miraculous electrical-shocking powers of a water-submerged hair dryer, gains the ability to read the minds of every woman he encounters. Also starring Helen Hunt and Marisa Tomei, What Women Want is a fun, if slightly farcical look at the differences between the sexes. 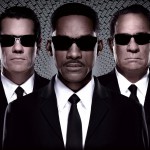 The third film in the Men in Black franchise is coming to Netflix this month. Will Smith and Tommy Lee-Jones reprise their roles as Agents ‘J’ and ‘K’ in the time-hopping sequel, which sees ‘J’ going back to 1969 in order to save a younger ‘K’ (played to perfection by Josh Brolin) from being killed by a vengeful alien criminal. Also starring Jemaine Clement, Emma Thompson and Bill Hader, Men in Black 3 is a surprisingly fun addition to the series – the first two films of which are, annoyingly, not yet available on the streaming service. 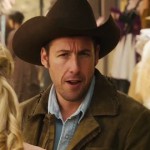 The first film to come from Adam Sandler’s four-picture deal with Netflix will be making it’s debut on the streaming service this month. Starring and co-written by Sandler, The Ridiculous Six is a satirical spin on the western genre, which follows a cowboy named “White Knife” (Sandler) who discovers that he has an unexpected biological connection to five strangers. Also starring Will Forte, Terry Crews, Rob Schneider, Steve Buscemi, Luke Wilson, Nick Nolte and Taylor Lautner, quite how this one will turn out is anyone’s guess… 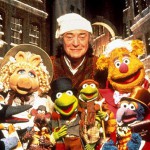 December means Christmas, and what better way to celebrate this joyous day than watching the definitive festive family film, The Muppets Christmas Carol. In Jim Henson’s hugely enjoyable spin on Charles Dickens’ classic, time-honoured tale, Michael Caine makes a formidable appearance as Ebenezer Scrooge – the cold-hearted miser whose hardened nature is forever changed when he is visited by the ghosts of Christmas past, present and future. Musical, funny and endlessly heart-warming, this classic has never been easier to enjoy. 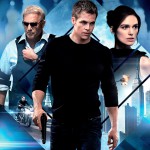 If you’re after a blockbuster Boxing day, Netflix has it covered with the premier of Kenneth Branagh’s action-packed spy thriller, Jack Ryan: Shadow Recruit. Starring Chris Pine as the character made iconic in Tom Clancy’s novels, the film follows CIA informant Ryan as he uncovers a dastardly plot designed to crash the U.S. economy and spark global chaos. As the only man with the skills to stop it, Ryan finds himself caught at the deep end, not knowing who to trust. Also starring Keira Knightley, Kevin Coster and Branagh, Shadow Recruit is an exciting watch that will curb that post-Turkey feeling. 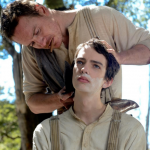 If an Adam Sandler-penned western isn’t quite to your taste, you need only wait til New Year’s Eve for a more sophisticated twist on the genre. Slow West follows the story of a young Scotsman called Jay Cavendish (Kodi Smit-McPhee) who travels to the American west in search of his exiled lover. After encountering some trouble, Jay employs the services of a slick bounty hunter (Michael Fassbender) for protection. Also starring Ben Mendelsohn and Rory McCann, Slow West is an acclaimed and entertaining watch, which will raucously entertain you on the last day of the year.