It has been announced that Professor Green will join former Spice Girl, Mel B in co-hosting the upcoming UK version of Lip Sync Battle.

Channel 5 revealed that they had bought the UK rights to the US entertainment show back in August. The premise of the show, first realised by British comedian Stephen Merchant, is for two celebrities to go head-to-head in a battle of mimicry, showing off their lip-syncing skills to popular songs in front of a live audience. 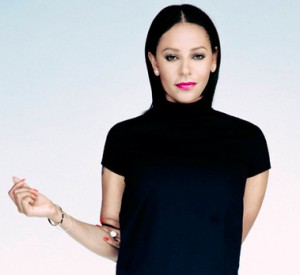 The rapper will co-host the show with Mel B. (Image via Google)

Speaking of his new position as co-host, the rapper said: “When the chance to work with Mel B came up, the answer was obviously a yes. I’m working with a f***ing Spice Girl! The fact I’d be her co-host on Lip Sync Battle was also exciting.”

He added: “Jokes aside, I’m very excited about filming the first series. Having spent a good while on YouTube watching the US show I’m looking forward to seeing what our guests bring to the table.”

Lip Sync Battle UK will be arriving on Channel 5 in January 2016. Watch a clip from the US version below.