Read more
You are at:Home»News»Local News»Lawson and Stooshe to perform at this year’s Christmas Ball
By Anneka Honeyball on November 13, 2015 Local News, News

Lawson and Stooshe are set to perform at The University of Southampton for this year’s Freshers’ Christmas Ball.

The festive event – which will be held at SUSU on Friday 4th December from 9pm – will include live performances from the two pop-groups, as well as a stint by former alum and Capital FM breakfast radio host, Emma Jo Real-Davies. 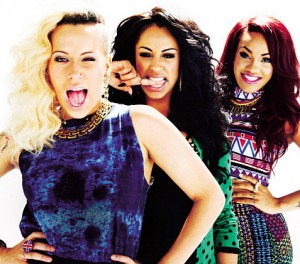 Girlgroup Stooshe will also be performing at the event. (Image via Google)

Pop-rock boyband Lawson first hit the scene in 2012, with their debut album Chapman Square – which elicited three top ten singles including ‘When She Was Mine’, ‘Standing In The Dark’ and ‘Taking Over Me.’ They also found success with their collaboration with B.O.B, entitled ‘Brokenhearted.’

Meanwhile, the soulful all-female hip-hop trio Stooshe have been making music since 2011, entering the charts with such tracks as ‘Love Me’ and ‘Black Heart.’

In addition to live music and fun, the event will also feature whispering Christmas trees, snow machines, photobooths and so much more that has yet to be announced!

Tickets are subject to availability and can be bought from the SUSU Box Office. Early Bird tickets have sold out, but £8 standard tickets are still available.

Watch the video below for a taste of what’s to come!