In this continuing feature, The Edge take a look at ten of the best new releases coming to Netflix UK in November. This month sees a plethora of exciting new Netflix original series, as well as some brilliant films – both old and new. 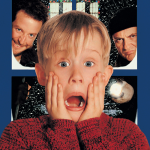 Ahead of the first film’s 25th anniversary, John Hughes’ family classic is coming to Netflix. Macaulay Culkin stars in this festive comedy as Kevin McAllister – a precocious young boy who is mistakenly left behind when his family rush to get on a plane for their Christmas vacation. Though he initially relishes being home alone, Kevin soon has to contend with two dim-witted burglars, who are determined to raid the house. Also starring Joe Pesci, Daniel Stern and Catherine O’Hara, the film’s sequel, Lost in New York, is also going up on the service – just in time for Christmas. 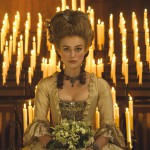 This lavish 2008 drama stars Keira Knightley as Lady Georgiana Cavendish – the great-great-great-great aunt of Princess Diana, who was famous for her beauty, influence and catastrophic love affairs. The film follows the aristocratic socialite as she is forced to choose between her duties to a cold, older husband (Ralph Fiennes) and love with a confident, young politician (Dominic Cooper). Also starring Hayley Atwell and Charlotte Rampling, The Duchess proves a fascinating, if sometimes upsetting, watch. 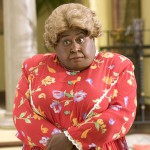 Big Momma is coming to Netflix. Martin Lawrence stars in this 2000 comedy as Malcolm Turner, an FBI agent who is on the look out for a notorious criminal who has escaped from prison. In the hopes of tracking down said criminal (and unveiling his master plan), Malcolm goes undercover, disguising himself as the cantankerous grandmother of the perp’s ex-girlfriend. Also starring Terrence Howard, Nia Long and Paul Giamatti, this is no Mrs Doubtfire, but should you find yourself bored one wintry evening, it may provide a few laughs.

Master of None: Season 1 – 6th November 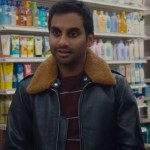 In the first of three new Netflix original series, Aziz Ansari stars in his self-penned sitcom, Master of None. The Parks and Recreation star plays Dev – a directionless 30 year old actor living in New York who “has trouble deciding what he wants to eat, much less the pathway for the rest of his life.” Throughout the series, which Netflix has described as ‘ambitious, funny, cinematic and intensely personal,’ Dev will tackle everything from Indian character stereotypes to the plight of the elderly. Also starring H. Jon Benjamin, Eric Wareheim and Lena Waithe, this thoughtful comedy is not to be missed. 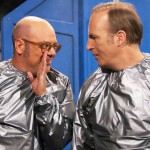 The second Netflix original series of the month stars Bob Odenkirk and David Cross in a new comedy sketch show, inspired by the duo’s nineties series, Mr. Show With Bob And David. W/Bob & David will consist of four half-hour episodes, as well as an hourlong making-of-special in which the two actors will take us behind the scenes of their long-awaited comeback. Odenkirk is perhaps best known for his turn as Saul Goodman in Netflix favourites, Breaking Bad and Better Call Saul. Meanwhile, Cross has appeared in several films and TV shows, including Arrested Development and Kung Fu Panda. 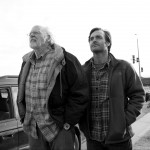 Alexander Payne’s Oscar-nominated 2013 film, Nebraska is finally coming to Netflix. Filmed entirely in black and white, the comedy stars Bruce Dern as a cantankerous old man called Woody, who is determined to travel to Nebraska to collect the profits of a sweepstakes notice he received in the mail. Joined by his perplexed younger son David, Woody discovers how the promise of money can change people, for better and worse. Also starring Will Forte, Bob Odenkirk and a particularly memorable turn from June Squibb, Nebraska is a quaint, yet poignant watch, with plenty of laughs to boot. 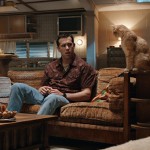 Arguably one of the strangest films of last year, Ryan Reynolds stars in Marjane Satrapi’s psychological horror-comedy, The Voices. Reynolds plays the role of Jerry – an upbeat bathtub factory worker who suffers from a number of hallucinatory delusions, including the idea that his pets, Bosco and Mr Whiskers (both also voiced – to great effect – by Reynolds) can talk to him. Jerry’s psychological troubles eventually lead to a homicidal rampage which changes his life forever. Also starring Anna Kendrick, Gemma Arterton and Jacki Weaver, The Voices is funny, disturbing and weird all at once. 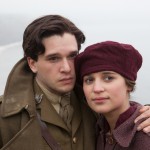 Based on the memoirs of Vera Brittain, Testament of Youth tells the heartbreaking story of a young couple who fall in love in the midst of World War I. Cinema’s current screen-darling, Alicia Vikander stars as Brittain – an aspiring writer who abandons her Oxford studies to serve as a war nurse on the front line alongside her fiancé, Roland Leighton (Game of Thrones’ Kit Harington). Also starring Colin Morgan, Taron Egerton, Dominic West and Emily Watson, this is an affecting watch that features the very best of British talent. 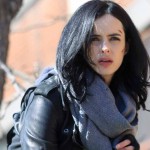 Following the success of their Daredevil series, Netflix and Marvel have teamed up once again for a new comic-book series. Jessica Jones follows the adventures of the eponymous heroine (Krysten Ritter) who opts to open her own detective agency after a mysterious incident cuts her superhero days short. David Tennant co-stars as Jones’ arch-nemesis, Zebediah Kilgrave. Streaming all 13 episodes at the end of the month, the series also features Mike Colter, Rachael Taylor, Carrie-Anne Moss, Eka Darville, Erin Moriarty and Wil Travel. 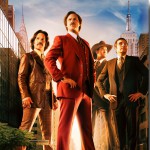 The sequel to Will Ferrell and Adam Mackay’s 2004 cult comedy is finally coming to Netflix. Anchorman: The Legend Continues follows Ron Burgundy and the former KVWN news team as they are offered a spot on the world’s first 24 hour global cable news network. Challenged by a tough female boss, a sleazy network owner and an obnoxious rival anchor, Ron and the gang employ their usual brand of incredulous lunacy to get to the top. Also starring Christina Applegate, Paul Rudd, Steve Carell and David Koechner, this is a laugh-a-minute comedy, with enough celebrity cameos to last you a lifetime.