Read more
You are at:Home»News»Global News»Notes on News: In defence of the BBC
By Matt Clarson on November 1, 2015 Global News, News

The BBC and the TV licence have always been contentious issues, with critics of the institution often being quite vocal in their argument against it. These arguments, like the one ITV made before the House of Commons earlier this week, always come down to the same point: that the cost of the TV licence (£145.50 a year) is not worth the return. In my view, that idea is, frankly, wrong.

Before getting into the money (and the how, and the why), before making an actual case for the BBC, it is worth reminding everyone what exactly the organisation has achieved, and what it still achieves every year. First and foremost, the BBC is a consistent producer of some of the highest quality television programming in the world. Sherlock, anyone? Or Doctor Who? What about Luther, or Doctor Foster, or Ripper Street, or Peaky Blinders? Top Gear was one of the most watched shows around the world (and it was only reshuffled because people can’t hit other people, not because the Beeb is evil). EastEnders, whatever you might say about its quality or worth, is a staple of British television that has been watched by millions for 30 years. Strictly Come Dancing is now the most watched Saturday night judging-panel show, and The Great British Bake-Off is nothing short of a cultural phenomenon.

But, they cry, that’s not enough. That’s not worth £145.50 a year. Okay. How about the fact that the BBC produces not only this country’s single source of impartial global and local news, but one that is widely used by people across the world as a source of unbiased information? The BBC also does radio. And, as with its TV and news services, the BBC radio stations are some of the best in the world, and cover pretty much every aspect of music and other non-musical radio formats (if you don’t believe this, try not just listening to Radio 1). And what about the charitable causes the BBC are fundamental to? 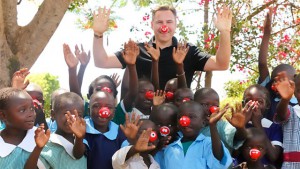 Comic relief and Sports relief – one of the only major charities in the world that spends exactly 100% of its donations on charitable causes, as opposed to administrative costs (Unlike Oxfam, UNICEF, and Amnesty International) – have raised over £1 billion since being founded in 1985, and that wouldn’t have been possible if the BBC didn’t host their annual shows every year for free. The BBC also own and run Children in Need (which though awesome, isn’t quite as good.)

And then there’s Adverts – the thing most people associate with the BBC and the TV licence. Or rather the fact that there are no adverts on the BBC because of the licence fee. This, people argue, is not worth £145.50 a year. They’re fine with the adverts on ITV, on Channel Four, on Sky (even though they already pay separately for Sky, what’s up with that?), so they can handle adverts on the Beeb in exchange for not paying extra. This argument, however, completely misses the point. The most important thing that we get from the BBC not having advertising is not convenience, it’s impartiality and control. The BBC is not beholden to several companies or corporations, meaning that it can criticise them, or expose their flaws, or make content that they don’t agree with. The only groups to whom the BBC is held responsible is the Government, and the public.

Do you really, honestly think that ITV would have cancelled Top Gear? That show was a cash cow (even more so had it been on ITV, what with adverts and all), and the fact that Jeremy Clarkson is not only an abrasive man, but also a man who thinks it’s totally okay to just hit his colleagues (or anyone, for that matter), or the fact that there was a huge public outcry in response to his actions, would have meant nothing to ITV compared to the ridiculous amounts of money he would have made for them. 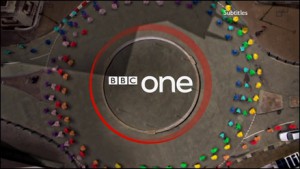 Having one of the largest producers of content paid for directly by us is, frankly, baffling. Other than, the American network, HBO (another producer of next-level content), it’s pretty much unheard of outside of weird state-run TV stations in the kind of countries that feel compelled to remind everyone that they’re nice by including words like “democratic”, “republic”, and “people’s” in their names (looking at you, North Korea).

Netflix, that revolutionary staple of entertainment, is considered ground-breaking because what? Because they have a subscription in return for advert free, quality new content and a bunch of films and shows made in the past? The BBC have been doing that for decades.

If you’re still not convinced, if you still cling to the belief that it would be the best thing ever to have Rupert Murdoch owning all the TV in the country, then how about thinking over the fact that the BBC is a symbol of one of the greatest achievements of the last century or of human history even? I’m talking, of course, about Blackadder. No, but really, the BBC, along with the NHS, is one of the things that Britain will forever be fondly remembered for. That and imperialism.

Britain is a country that is struggling for relevancy on the global stage. We still have some clout, but for a long time we haven’t been top dogs, and that’s unlikely to change in the near future. Instead, what we are is a country at the forefront of cultural and artistic expression. People around the world look to Britain as the ideal of what it means to be a society. Even the Americans are secretly jealous of us. And the reason for that is not that ITV makes money by advertising. It’s because the BBC makes content through the TV licence. (Also Imperialism).

If you’re still, still not convinced, have some Benedict Cumberbatch.