The Gallagher brothers and co. released their most famous single ‘Wonderwall’, 20 years ago today on 30th October 1995. Upon release, the track soon became one of Britpop’s most iconic and recognisable tracks that still holds stock even today.

‘Wonderwall’ was lifted from Oasis’ second studio album, (What’s the Story) Morning Glory?, which was co-produced by Noel Gallagher – a key element of the band at this time. The album itself reached number one in the UK album charts, as did their previous release (debut album, Definitely Maybe) and their further five LPs. 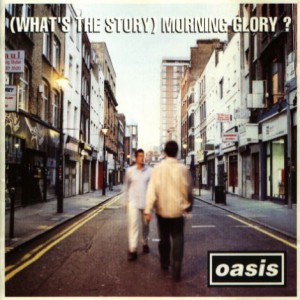 The track was lifted from the band’s iconic second album, (What’s the Story) Morning Glory?

‘Wonderwall’ was their first hugely successful single to reach the top ten on 13 international charts. It was also certified platinum by the British Phonographic Industry and certified gold by the Recording Industry Association of America. At the 1997 Grammy Awards, the track led to two nominations: Best Rock Vocal by a Duo or Group and Best Rock Song. To date, the song has sold more than 1.26 million copies in Britain alone.

Speaking about ‘Wonderwall’, Noel Gallagher has said that “it’s a song about an imaginary friend who’s gonna come and save you from yourself”, rather than the often-assumed meaning of it being an ode to his then-wife, Meg Matthews. On the other side of things, brother Liam, describes the song as something more ambiguous: “A wonderwall can be anything. It’s just a beautiful word. It’s like looking for that bus ticket, and you’re trying to fucking find it, that bastard, and you finally find it and you pull it out, ‘Fucking mega, that is me wonderwall.”

The success of the song has led to a number of cover versions from the likes of Cat Power and Ryan Adams to Jessie J. However, one of the most memorable moments in the modern history of live music, hip-hop, and Britpop was Jay-Z’s Glastonbury performance in 2008. Jay-Z was the first hip-hop act to headline the world-famous Glastonbury festival, and the outspoken Noel Gallagher was none too happy about the Eavis’ choice, saying “I’m not having hip-hop at Glastonbury. It’s wrong.” Responding to his words, Jay-Z opened his set with a cover of’ ‘Wonderwall’ proving to “that bloke from Oasis” that he could indeed play the guitar.

Watch the official video for ‘Wonderwall’ below.