Former Genesis frontman and immensely successful solo artist, Phil Collins has revealed that he is coming out of retirement with a new album and plans for a future tour.

Collins left music in 2011 to be a full-time father to his two youngest children. In a recent interview with Rolling Stone magazine, Collins decided to drop the news that he’s “raring to go [back into the industry]”, and that “it would be silly to not make more music.” 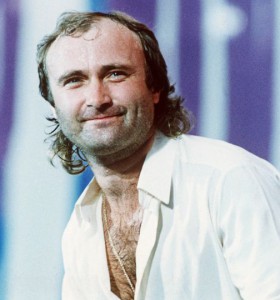 Above: Collins, back in the day.

After a 2007 reunion tour with his prog-rock band Genesis, Collins sustained injuries that have prevented him from playing drums – having sustained dislocated vertebra and damaged nerve endings in his hands. Collins hasn’t released new material since Testify back in 2002, but did release an album of Motown covers entitled Going Back in 2010 which topped the chart.

A tour to support the album is also on the cards, but in regards to the length of a new tour, Collins said: “I don’t think I want a very long tour. But I would like to play the stadiums in Australia and the Far East, and that’s the only way to do that. But there’s a part of me that just wants to do theatres, so we’ll see.”

Collins is one of the most successful songwriters of all time, having sold over 100 million albums worldwide – both as a solo artist and as a member of Genesis. He has also won five Grammy Awards, six Brit Awards, an Oscar and two Golden Globes.

Remind yourself of the legend that is Phil Collins in the video below.