Hideo Kojima, the now former-director of Kojima Productions and creator of the Metal Gear Solid series, has officially left Konami.

Tuesday 6th October marked Kojima’s last day working at Konami, with a leaving ceremony taking place that day, which marked the end of a professional relationship spanning three decades. The ceremony took place at Kojima Productions, Kojima’s in-house studio, which serves to show his previous importance within the company. 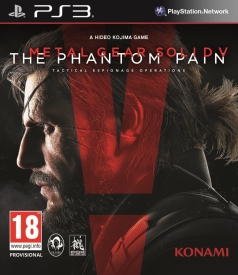 The latest Metal Gear game is Kojima’s last at Konami.

Though Kojima has long been one of Konami’s most valuable employees, his departure does not come as a surprise, following the company’s omission of Kojima’s name from all promotional material for his latest project Metal Gear Solid V: The Phantom Pain, and removing him from their board of directors in March.

Despite the numerous sources who have verified the occurrence, Konami have denied Kojima leaving the company and claim to have no knowledge of the farewell ceremony. Sources in attendance claim they did not see Konami’s president, Hideki Hayakawa, or its C.E.O., Sadaaki Kaneyoshi, at the party.

Kojima is often considered to be a pioneer of the video game medium, with his first project at Konami, 1987’s Metal Gear, being the first stealth based video game. Furthermore, 2001’s Metal Gear Solid 2: Sons Of Liberty is regarded as the first post-modern video game and one of the most important examples of artistic expression in the medium.

Whether Kojima plans to continue his work on video games elsewhere is unknown, and whether Konami will continue to produce the Metal Gear series is also unclear.

With Metal Gear Solid V being Kojima’s last game under Konami, a debriefing video was issued upon completion of the game. Watch the debriefing below.

My favourite animal is the penguin, obviously.