Ex-Eastenders star Adam Croasdell has been tapped to play Captain Hook’s father in the fairy-tale drama Once Upon A Time. 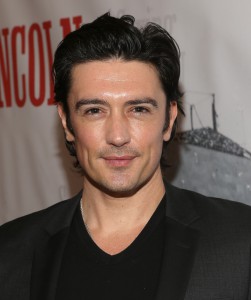 Adam Croasdell will be playing Captain Hook’s father in an upcoming episode. (Image via Google)

According to Entertainment Weekly, details of his role are being kept extremely secretive by executive producers, Adam Horowitz and Edward Kitsis. The duo announced ‘Papa Hook’s’ arrival at the Once Upon A Time panel at New York Comic Con.

All that was shared at the panel was that an episode prior to the show’s winter break would explore Hook’s (Colin O’Donoghue) treacherous past. So far all that has been said about Croasdell’s character on the show is that he abandoned Hook as a child.

The writers have also announced that there will be a two-hour special episode led by Merida, Ruby and Mulan.

Once Upon A Time is available to watch on Netflix. Watch the trailer for the current season – which sees the saviour Emma Swan (Jennifer Morrison) sacrifice herself to become the Dark One – below.