Read more
You are at:Home»News»Global News»Mark Ruffalo in “final negotiations” to appear as Hulk in Thor: Ragnarok
By Robert Pratley on October 16, 2015 Global News, News

Given the popularity of the character and success of the franchise, it is no surprise to see reports that Mark Ruffalo has entered final negotiations to reprise his role of The Hulk for another Marvel film.

Although Ruffalo had reportedly filmed scenes for Marvel’s next big film, Captain America: Civil War, the general consensus now appears to suggest that scenes have been cut from the film – and with an appearance in Guardians of the Galaxy 2 also ruled out, speculation has been rife as to what films Ruffalo will star in, considering his current Marvel contract still has three appearances left on it. 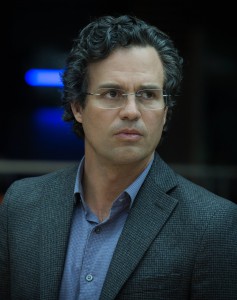 Ruffalo first played the role in 2012, taking over from Edward Norton.

This time, Variety has reported that the easily-angered green monster will be starring alongside Tom Hiddleston and Chris Hemsworth for the Norse God’s third solo film, Thor: Ragnarok, which is set to hit screens in 2017. Although plot details are still hazy at best, JoBlo claims that Thor and Hulk will meet on a distant planet – Bruce Banner’s apparent destination after his self-imposed exile in Age of Ultron.

Although Hemsworth has confirmed he is set to return as the eponymous hero, Hiddleston has remained coy as to whether he will return as the villainous Loki, although the character’s intense popularity makes it seem likely. Jaimie Alexander has also confirmed that she is due to return as Thor’s regal sidekick Lady Sif –  last seen in Marvel’s Agents of SHIELD spin-off.

More interestingly, if this rumour is true, it departs from Marvel’s traditional view of having one flagship Avenger in each film, and will mark Ruffalo’s first ever appearance outside an Avengers movie. Of course, given the overwhelming popularity of the franchise, this shouldn’t be a problem.

Thor: Ragnarok, which is tapped to be directed by Taika Waititi, is set to be released in the UK on 27th October 2017. Remind yourself of what happened when these two super-goliaths first fought in the video below.