Read more
You are at:Home»News»Global News»Nostalgic News: Arctic Monkeys released ‘I Bet That You Look Good on the Dancefloor’ ten years ago today
By Cameron Ridgway on October 14, 2015 Global News, News

‘I Bet That You Look Good On The Dancefloor’, the first single from Sheffield indie-rock band Arctic Monkeys debut album Whatever People Say I Am, That’s What I’m Not, was released ten years ago today on 14th October 2005. 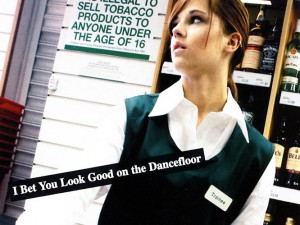 Written by frontman Alex Turner, the song makes you sit up and take notice, launching into a brash guitar riff. It was released on the back of a wave of popularity for the band, who at the time were in the middle of a sell-out UK tour that ended with a performance in front of 2,000 people at the London Astoria.

Soon after its release, the track went on to top the charts, entering the UK singles chart at number one on 23rd October 2005. It has since gone on to become one of the band’s most recognisable hits, and was voted seventh on NME’s list of the 500 greatest songs of all time. The band also performed the track live during the opening ceremony for the London 2012 Olympics.

The video for the track is a recording of the band playing the track live in front of a small audience. The visual has a distinctly 70’s air to it, given that it was deliberately shot using cameras from the era to give an effect similar to the ‘Last Nite’ video by American band The Strokes, of whom Arctic Monkeys are known to be fans.

The song was well received by critics at the time of release. NME described the track as a “gritty” and “true-to-life” updated version of The Smith’s ‘How Soon is Now?’

Re-watch the video for the track below.