Disney have released previously unseen footage of the late Robin Williams improvising in character for his role in their 1992 animated classic, Aladdin. 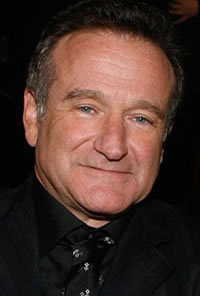 The clip, which sees Williams performing various outtakes in the process of voicing the inimitable Genie of the lamp, was first aired on ABC’s Good Morning America on Friday (9th October).

The original animation followed the story of an Arabian streetrat who after discovering a lamp which contains a magical wish-granting genie, attempts to find love with the beautiful Princess Jasmine – and all whilst escaping the evil clutches of the Sultan’s treacherous adviser.

The Disney classic is set to be re-released on DVD and Blu-ray for it’s 23rd birthday, with the inside footage of Williams’ recording booth posing as an exclusive special feature. The DVD will also offer a glimpse of Williams creating other characters for the film that didn’t quite make the final cut.

Disney are currently working on a live-action prequel to the film, which will focus on how the Genie got the power to grant wishes. The special re-release edition of Aladdin will be available to buy from 13th October.

Watch the magic of Williams’ performance in the video below.