Read more
You are at:Home»News»Global News»Pepsi to release a limited edition bottle from Back to the Future II
By Sophie McEvoy on October 6, 2015 Global News, News

2015 is the year of everything Back to the Future, and now Pepsi now jumping in on the action.

On 21st October – the date Marty McFly went back to the future – Pepsi will be releasing a limited edition soda, Pepsi Perfect, as seen in the second instalment of the franchise. 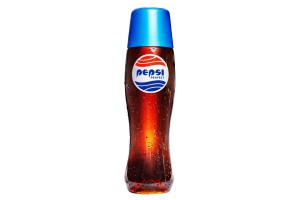 Only 6,500 of these will be manufactured for release.

The 16.9 oz bottle will be sold for $20.15, with only 6,500 bottle being made while stocks last. Even though the bottle will be an exact replica from the film, the drink itself will be the already existing version of the soda. It is currently unclear whether Pepsi Perfect will be sold in the UK as well.

And if Pepsi Perfect wasn’t enough, Universal have also been busy making a hilarious parody trailer for Jaws 19. In Back to the Future II, when Marty arrives in the futuristic Hill Valley, he is faced with a holographic billboard for Jaws 19.

While this isn’t a trailer for an actual Jaws 19, it does give a daring effort to briefly describe each and every Jaws sequel leading up to it.

What’s next? Dehydrated pizza? Or could Mattel have finally made a working hoverboard?? Our fingers are crossed as always. Take a look at the Jaws 19 trailer below.