The judging panel for this year’s Mercury Prize awards has been announced. 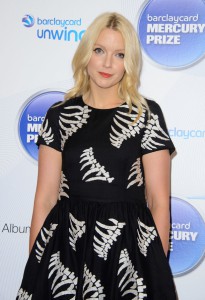 Lauren Laverne will host the award ceremony in November. (Image via Google)

The 2015 Mercury Prize, awarded in association with BBC Music, recognises and celebrates new music in the UK and has established a stellar reputation for highlighting the work of exciting emerging talent, as well as that of more established bands and artists.

This year’s event will be held at the Radio Theatre at Broadcasting House in London on Friday 20th November. Broadcast live on BBC Four and 6Music, the show will be hosted by Radio 6 DJ and presenter, Lauren Laverne.

Speaking of the event, Laverne said: “It looks like this year’s Mercury Prize is going to be one of the biggest and best yet.  There have been so many fantastic albums released over the past year; it makes it really difficult to predict the twelve that the judges will choose for the 2015 shortlist.”

The shortlist for this year’s ‘Album of the Year’ will be revealed at 10am on Friday 16th October on Laverne’s BBC Radio 6 music show.

Listen to a track by last year’s Mercury Prize winners, Young Fathers, below.