In this continuing feature, The Edge take a look at ten of the best new releases coming to Netflix UK in October. This month sees several appropriately spooky releases, as well as some brilliant films that are more than worthy of your procrastination time.

The first season of MTV’s episodic adaptation of Scream will premiere in the UK this month, exclusively on Netflix. Inspired by the late Wes Craven’s iconic slasher film franchise, Scream follows a revitalised Ghostface killer, who wreaks vengeance on a group of teenagers in the town of Lakewood after a viral cyber-bullying incident results in a brutal murder. Starring Willa Fitzgerald, Bex Taylor-Klaus, John Karna and Bella Thorne, this is bound to be a great series to binge-watch in anticipation of the Halloween season. 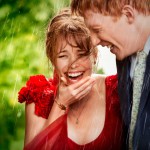 The most recent rom-com to come from the mind of Richard Curtis will be available to stream this month. About Time centres around a young man called Tim (Domhnall Gleeson), who discovers that he has inherited the incredible ability to travel back to any time in his own lifespan. Intent on finding love with the beautiful Mary (Rachel McAdams), Tim continually uses his ability to try and win her heart, only to realise that his powers are far more complex than they seem. A heartwarming tale, the film also stars Bill Nighy, Tom Hollander and Lindsay Duncan. 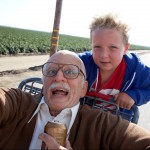 The fourth instalment of the Jackass film series sees Johnny Knoxville prank unsuspecting citizens, whilst in the guise of a sweet old Grandpa. Unlike previous Jackass films, Bad Grandpa has a loose plot that interconnects the trademark hidden camera stunts and pranks. Jackson Nicholl also stars as Knoxville’s supposed grandson, Billy, who gets up to just as much trouble as his ‘elderly’ relative. While it might not be to everyone’s taste, Bad Grandpa does contain some undeniable laughs that, for better or worse, could brighten up a day otherwise plagued by lectures!

What We Do In The Shadows – 10th October 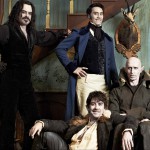 Continuing this month’s recurring theme of all things vaguely scary, What We Do In The Shadows is a mockumentary comedy film, which follows a group of archaic vampires living together in modern Wellington, New Zealand. Directed, starring and written by Taika Waititi and Jemaine Clement (of Flight of the Conchords fame), the film offers a wryly humourous outlook on the mythology of vampires and werewolves, as their oddly mundane lives are documented using the same fourth-wall-breaking formula as recent comedies like Parks and Recreation and The Office.

The Pirates! In an Adventure with Scientists – 10th October 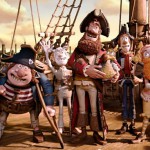 If all your adult obligations are getting you down, and you feel in need of something a tad more childish, Aardman’s fifth feature-length claymation might be just the thing to pep you back up. The film – otherwise titled The Pirates! Band of Misfits – follows an ambitious Pirate Captain (voiced by Hugh Grant), who is desperate to prove himself (and his crew) by winning the so-called ‘Pirate of the Year’ competition. The film also features the vocal talents of Martin Freeman, David Tennant, Imelda Staunton and Brian Blessed. 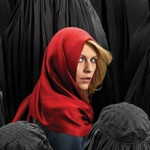 Ahead of the series’ much anticipated fifth season, the fourth season of Homeland is coming to Netflix. Howard Gordon and Alex Gansa’s political thriller series follows the exploits of Carrie Mathison (Claire Danes) – a CIA officer with bipolar disorder who must delve into the dangerous terrorist underground of Iraq to uncover corruption and deceit. The award-winning series also stars the likes of Damian Lewis, Mandy Patinkin, Morena Baccarin and David Harewood. 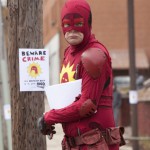 From James Gunn, the director of the phenomenally successful Guardians of the Galaxy, comes the 2010 dark-comedy film, Super. Starring Rainn Wilson (who is probably best known for his role as Dwight Schrute in the US version of The Office), the film follows a hopeless short-order cook called Frank, who reinvents himself into a crime-tackling superhero after his wife leaves him. Similar to Kick Ass, but with the same wry humour as GOTG, Super also boasts an impressive cast that includes Ellen Page, Kevin Bacon, Liv Tyler and Nathan Fillion.

Beasts of No Nation – 16th October 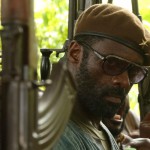 The long-awaited Netflix original film, Beasts of No Nation is coming to the streaming service this month. Directed by Cary Fukunaga (True Detective) and based on the 2005 novel by Uzodinma Iweala, the film stars Idris Elba as the Commandant of a group of mercenary African fighters. The story is told through the eyes of Aga (Abraham Attah) – a young boy who is enlisted into mercenary ranks after his family is torn apart by the ongoing civil war in his country. A hard-hitting drama that has done remarkably well in this year’s festival circuit, this is one Netflix exclusive you won’t want to miss. 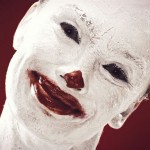 Ahead of the much-anticipated Hotel series, American Horror Story: Freak Show is heading to Netflix this month. The fourth season in Ryan Murphy’s cult anthology series is set in 1952, and follows the extraordinary members of Fräulein Elsa’s Cabinet of Curiosities – one of America’s last-remaining freak shows – as they struggle to survive. Multi-award winning and highly revered by critics, the series stars the likes of Jessica Lange, Kathy Bates, Evan Peters, Sarah Paulson, Angela Bassett and Michael Chiklis. 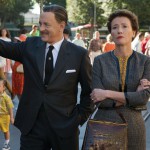