Read more
You are at:Home»News»Local News»University of Southampton to hold concert in commemoration of the Battle of Agincourt
By Anneka Honeyball on September 18, 2015 Local News, News

History buffs, rejoice! The University of Southampton is holding a commemorative concert tomorrow night, to celebrate 600 years since the Battle of Agincourt.

Students and professional musicians alike are set to perform at the concert, which will include a programme of melodies that are historically linked to the infamous medieval conflict. A major English victory in the Hundred Years’ War, The Battle of Agincourt took place on Friday 25th October 1415 in northern France. Henry V’s subsequent victory crippled France and started a new period in the war. 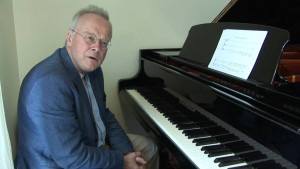 The event will also feature the world premiere of a piece entitled ‘Turning Points’ by the renowned pianist, composer and Southampton professor, David Owen Norris. Speaking about the piece – which draws upon the events of Agincourt – Professor Norris said: “I’ve set to music some fascinating Agincourt documents: the Bishop of Winchester’s speech in Parliament,  poignant laments from war-widows, and a truly horrifying description of the cut and thrust of the battle.”

Other pieces being performed at the concert include Agincourt by the English composer Walter Leigh and Sir William Walton’s (1902 – 1983) music from the 1944 film adaptation of Shakespeare’s Henry V,  which starred Laurence Olivier as the eponymous monarch.

The Mayor of Southampton, Councillor Linda Norris, and the Mayor of Winchester will be guests of honour alongside the Dean of Humanities at the University of Southampton, Professor Anne Curry. The concert will be held tomorrow (Saturday 19th September) at 7pm in St. Mary’s Church.