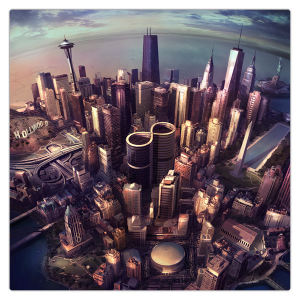 The documentary series followed the band as they produced their eighth studio album, Sonic Highways.

Sonic Highways premiered in October of 2014, and documented Foo Fighters’ recording process as they created their eighth studio album of the same name. This involved traversing the United States across eight different cities, with each city influencing a specific sound for each song on the record.

Frontman Dave Grohl recently confirmed that a second season of the series is currently in development, hinting that the show may or may not be international, citing England as a country of preference:

“The great thing about the idea, the concept of the project, is that it can be anywhere because every city has some sort of musical history, but I don’t know. Of all the places in the world England and the UK seems like it would be shooting fish in a barrel. There’s just so fucking much here.”

The first season of Sonic Highways is available on DVD/Blu-Ray, and the album is available on CD, Vinyl and download. Watch a conversation with the band about the project below.