Hinds, formerly known as Deers, have announced that their debut album Leave Me Alone will be released early next year.

The Madrid four-piece have also unveiled a new guitar-heavy, Strokes-y single ‘Garden’, which will serve as the opening song to the 12-track album.

The girl band revealed details of Leave Me Alone via their Facebook page stating: “We’ve been one year writing this album only while we were home, and you guys know that didn’t happen very often. But the good part of having to write songs so separately in time is that we wrote about very different feelings we’ve lived. These songs try to represent the 12 faces of love we’ve experienced.”

The full track listing is as follows: 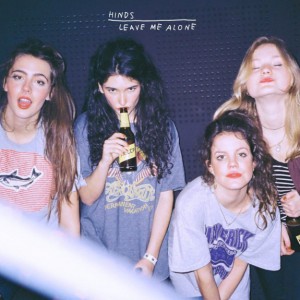 Leave Me Alone will be released 8th January 2016. Listen to their new single and album opener, ‘Garden’, below.