As I am sure you are all now aware, American sweetheart Taylor Swift has received a host of heavily loaded criticisms in response to her latest music video, ‘Wildest Dreams’. The three minute visual, which accompanies her song of the same name, depicts Swift’s fantasy love affair with her co-star – a romantic vision later shattered by the tragic reality of an unreciprocated romance.

The video is set to the backdrop of an African safari landscape (an unmistakeable play on the ‘wild’ title), against which Swift plays the role of a classic Hollywood film–star – a framework which no doubt intended to evoke that classically seductive aura of 1950’s Hollywood, while likewise eluding to the Daphne du Maurier-esque romantic-tragedy that the plot mimics. However, despite what is (to my eyes) the clearly intended connotations of this set up, the media response has been scathing to say the least, with a reporter from The Guardian even going so far as to question whether Swift’s “time as America’s pop sweetheart [has]run its course?” 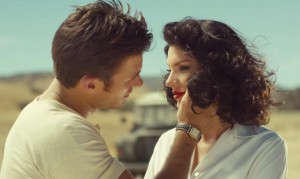 The basis of the outrage seems to be based on the perceived ‘racial undertones’ of the video, brought about by the unfortunate marriage of the 1950’s time period and African backdrop. Somehow, media reporters have awarded themselves the impression that Swift – in lieu with the visual’s director, Joseph Kahn – intended the video to be viewed as some kind of advertisement for African colonization. According to the Daily Dot, the video “wants to have its old-school Hollywood romance, but ends up eating some old-school Hollywood racism, too.”

Kahn later took no hesitation in arguing his side of the debate: “There is no political agenda in the video. Our only goal was to tell a tragic love story in classic Hollywood iconography. Furthermore, this video has been singled out, yet there have been many music videos depicting Africa. These videos have traditionally not been lessons in African history.”

As Swift fans know by now, Taylor is all about telling a story and the narrative conveyed in the video for ‘Wildest Dreams’ is no different. There is certainly nothing in her lyrics to suggest racial discrimination of any kind, unlike plenty of contemporary artists (which I won’t name in the effort not to sink to the same level as Swift’s critiques by singling artists out) who brazenly incorporate discriminating language into their songs.

“Say you’ll remember me standing in a nice dress, staring at the sunset babe. Red lips and rosy cheeks, say you’ll see me again even if it just pretend.”

I believe that these lyrics, taken from the chorus of ‘Wildest Dreams’, should wholly sum up the artist’s intentions to any who remain in doubt as to the message the young singer was trying to convey. The song itself is clearly about the naive romanticizing of an impossible romance –  a fantasy as portrayed in the music video, which as Kahn pointed out, was itself inspired by “Hollywood romances like Elizabeth Taylor and Richard Burton, as well as classic movies like The African Queen, Out of Africa and The English Patient.” 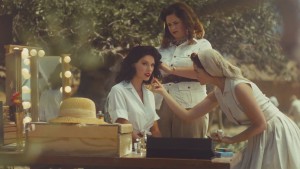 And as to the implications of the video’s supposedly white-washed cast, I’m with Kahn on his further protestations of the film’s innocence:

“The reality is not only ‘were there people of color in the video’, but the key creatives who worked on this video are people of color. I am Asian American, the producer Jil Hardin is an African American woman, and the editor Chancler Haynes is an African American man. We casted and edited this video. We collectively decided it would have been historically inaccurate to load the crew with more black actors, as the video would have been accused of rewriting history. This video is set in the past by a crew set in the present and we are all proud of our work.”

I highly doubt that anyone without the intent to dampen the young superstar’s success could honestly perceive this video as condoning colonization. Indeed, I would argue that to most viewers this is not the ignorant exploitation of a terrible historic events, but rather just another romantically tinged video – far less offensive than the barely clothed, vulgar-worded videos of many of Swift’s contemporaries.

And I mean really people, is there any need for all this ‘Bad Blood’? It’s just a music video. ‘Shake it off.’