Daniel Radcliffe starts a gaming revolution in the trailer for BBC Two’s forthcoming drama, The Gamechangers. 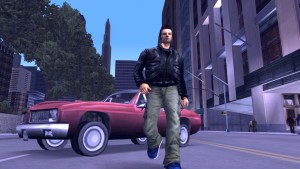 Bill Paxton also stars as Jack Thompson – the Miami lawyer who fought for the game to be censored.

The project – which was shot in South Africa by Black Mirror/Misfits director, Owen Harris – is part of the BBC’s Make It Digital initiative; a scheme created to inspire younger generations to get involved with coding and programming.

The show hasn’t come without controversy however, as GTA writer Steve Hammond expressed concerns that nobody at the BBC had approached members of the original development team about the story. Rockstar even filed a lawsuit against the corporation back in May 2015.

Nevertheless, The Gamechangers is set to air on BBC Two at 9pm on Tuesday 15th September. Watch the trailer below.