Read more
You are at:Home»News»Global News»Take That, The Chemical Brothers and The Weeknd join line-up for Apple Music Festival
By Anneka Honeyball on September 3, 2015 Global News, News

The Apple Music Festival has just got bigger, having invited the likes of Take That, The Chemical Brothers and The Weeknd to join this year’s line-up.

James Bay and Leon Bridges are also set to play at the event – previously known as the iTunes festival – which will take place later this month, from 19th-28th September.

Speaking of their involvement, Take That stated: “[We’re] really excited to be playing our first ever Apple Music Festival alongside an amazing line-up. We had a great time on tour in the UK and are looking forward to playing the Roundhouse in September before we head out to Europe.”

This latest bunch of artists will be playing at the festival alongside previously announced headliners, Florence + The Machine, One Direction, Pharrell Williams and Disclosure. Little Mix are also set to support One Direction on their set. 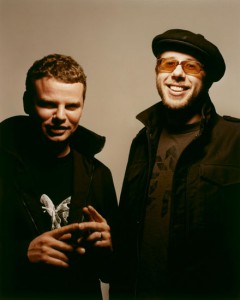 The current list of confirmed artists and dates so far is as follows:

The slots for the 21st and 27th are still unoccupied, meaning that two more shows have yet to be announced.

UK residents can apply to win free tickets on Apple Music. For those who miss out, all the performances will be available on-demand via Apple Music at no extra cost.