I first became aware of The Hara when the Tiktok algorithm brought them viral success over the first lockdown. I cannot recall the first video I saw of the Mancunian three piece, but I do remember them turning many popular songs from artists such as Taylor Swift and Bruno Mars into rock covers.

Although their website claims The Hara are a ‘genre-fluid’ band, their sound could easily be mistaken for Bring Me The Horizon, with both bands sharing roaring vocals, powerful drum beats, and fast-paced guitar riffs. Whilst doing my revision for the gig, I noticed that all three members really pushed their musical talents to the extreme, so I was interested to see if they could live up to their music in a live setting (spoiler alert: They absolutely did!). 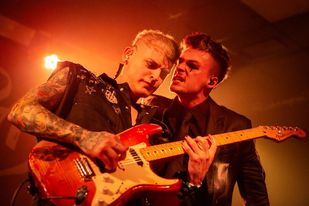 Despite The Joiners’ reputation as a popular music venue, this was my first time here, and I was excited to see what this sacred place had in store! It lived up to its reputation as a very cool venue with lovely staff!

We didn’t have to wait too long before being entertained. The Instagram famous and incredibly hilarious Jason Allan introduced himself with his brilliant songs, ‘Heal’ and ‘Tightrope’. The tunes both excellently showed off Allan’s powerful vocals, as well as his fun personality; he was bouncing all around the stage and encouraging us to jump with him, even though ‘we wouldn’t know the words’! This humble king really underestimates just how great his songs are! Allan has a fantastic ability to command a crowd; he had us singing, dancing, and hanging on to his every word! 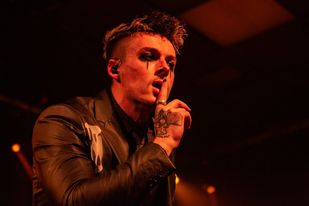 One cider later, the lights went down and The Hara emerged from the back of the crowd with their entourage to the classic sound of rock’n’roll: loads of screaming girls. Drummer Jack Kennedy dived into the intro, with some brilliant beats that permeated through the room, during which I turned to my friend asking ‘Can you feel that in your legs too?’. It was pretty cool! The show appropriately opened with a headbanger of a song ‘Black Soul Ceremony’ which got the crowd excited, especially when frontman Josh Taylor donned some kind of white flag over his face as he sang. Trés cool!

The second quarter of the show included some of the band’s biggest hits and newest singles, such as ‘Domino’ and ‘We All Wear Black’. These songs had a lot going on, and occasionally the sound of the instruments drowned out the vocals, but that didn’t seem to matter to the crowd, who enjoyed singing along to the catchy emo lyricism. Plus, Taylor is gifted with a powerfully loud voice which allowed him to constantly (and with great control!) hit the high notes without ever falling into the trap of just screaming! We were lucky enough to be standing front row, directly in front of guitarist Zack Breen who made playing incredible guitar riffs look so effortless. We especially loved the sweet candid moments between Breen and Taylor when the two simply looked like two best friends having the time of their lives on stage! 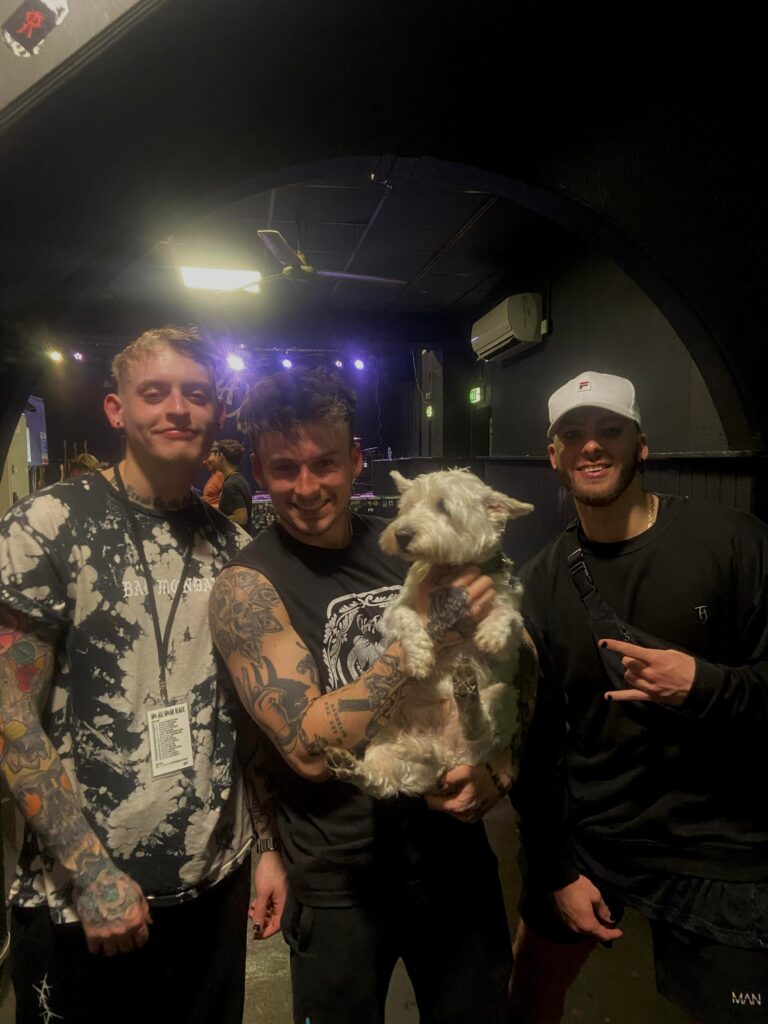 After a few mosh pits and some incredible scaling of the ceiling from Taylor, the frontman emerged in a very tight black leather skirt. The band follow a strict code of stepping outside of society’s norms, which is a huge appeal of theirs and bought them viral success. This wasn’t just a showcase of fantastic musical ability, but an artistic display of how to do rock!

I was pleasantly surprised by how long the show lasted, and also how much I enjoyed it! Everything was well-rehearsed, with the set flowing seamlessly and flawlessly, the band were constantly pitch-perfect, and the whole night was full of fun and joy! This time next year, I’m sure the band will be on a sold-out arena tour, and they certainly deserve it!

Shoutout to security for allowing Albi into the venue even though he’s only nine! And obviously big love to The Hara for making Albi’s dreams come true and running around The Joiners with him, he loves celebrities!

The Hara are currently touring until the 7th of May, and you can get your tickets here!