The new lineup of Tangerine Dream respectfully values the old while bringing in the new, however audio mixing issues in the venue worked to limit the effectiveness of these ambitions

Tangerine Dream is a band that I have been wanting to see live since the start of the pandemic. For those unaware, Tangerine Dream, a pioneering electronic music group from Berlin that were born out of the same post-war movement as bands like Kraftwerk, have a discography that spans over 100 albums and film scores and are credited with influencing the development of many styles of electronic music in the 20th Century. I was first introduced to their music as part of a synthesis and sampling unit in my music tech course in the Sixth Form, and I’ve been a fan of their music ever since. Although, on my way to the venue tonight I began to question whether a band that has none of its founding members in its modern lineup, with the last remaining member and founder Edgar Froese passing away in 2015, would actually live up to the albums that I had listened so religiously to during the last two years and avoid sounding like merely a tribute act. 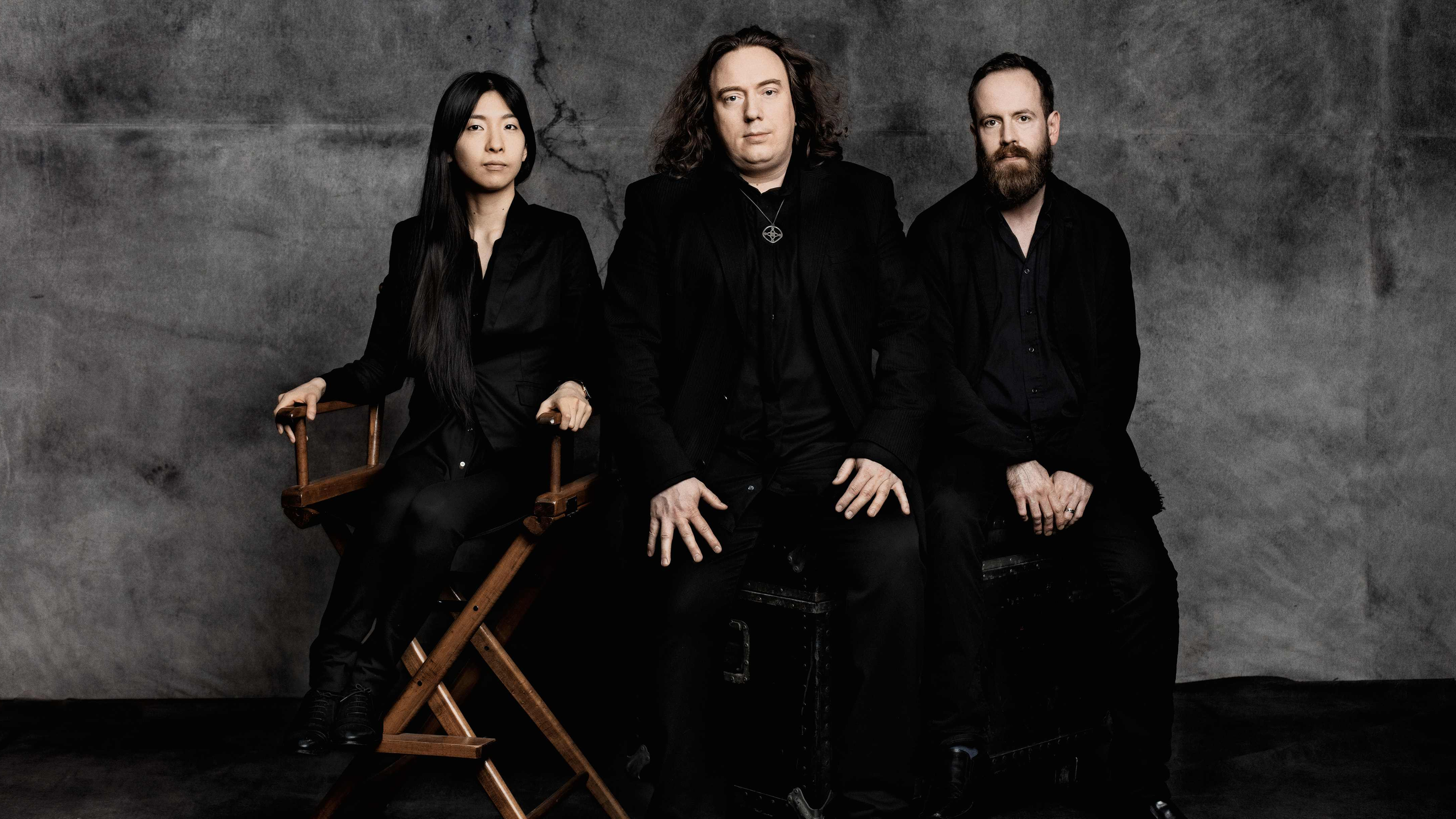 Before the show started, I was keen to have a snoop around the setup on stage and to think about how the band might actually be performing their material. With a blend of analogue synthesisers of the likes the original band would have used (for example, large modular synths covered in cables, multiple step sequencers and drum machines, an authentic Moog bass) and some modern equipment, (a Korg D1 digital keyboard, at least one laptop running Ableton Live and an electric violin) this setup communicated to me that the set that followed would be one that embraced the old, but also embraced the modern musicality of the three new members of the band: Thorsten Quaeschning, Hoshiko Yamane and Paul Frick.

After an hour-long wait after the doors initially opened, the set opened confidently with ‘Stratosfear’ and ‘Dolphin Dance’, two big fan-favourites. It was at this point that I decided to reposition myself towards the back of the room to avoid the unbearable, stomach-churning sub-bass that was booming out of the Engine Room subs. I can only assume that the mix was boosted in the bass department to try and ‘fill’ the space that is usually a nightclub, however in my opinion this did not always mesh well with Tangerine Dream’s style of 80s electronic music. I will admit that the balance seemed to improve as the night went on. A few newer items in the Tangerine Dream catalogue appeared later in the set, including tracks off their latest album Raum such as the extremely catchy ‘Continuum’, as well as ‘Los Santos City Map’, an arrangement of one of the band’s original compositions for the GTA V soundtrack.

The accompanying visuals, described as a highlight on the promotional material, came in the form of a mixture of strobe lighting and accompanying video display behind the performers, featuring abstract patterns and shapes alongside some stock video footage and even some live motion capture, and augmented the atmosphere created by the music. Generally, this was very effective and occasionally exceptional in the production team’s use of visuals alongside sound.

I return back to my issue with the live mix; this is something that has continued to bug me even while writing this review now. To swamp the intricate arpeggiated synth parts and soaring leads with obnoxious sub drones would mean to do the band injustice, it is simply the wrong genre for it. That being said, some items near the end of the program actually were enhanced slightly by modern production elements. For example ‘Phaedra’, one of my lesser favourite tracks by the band, was given a new lease of life with a punchier, but controlled bass, and energetic hi-hat part that was almost reminiscent of drum bass or other modern EDM genres. In fact, I felt that all the percussion parts were suitably punchy and tight, and did actually benefit greatly from the Engine Room’s meaty speakers. ‘Choronzon’, my favourite of Tangerine Dream’s retro catalogue, was in its strongest rendition with new sub-bass parts that are not in the original recording. 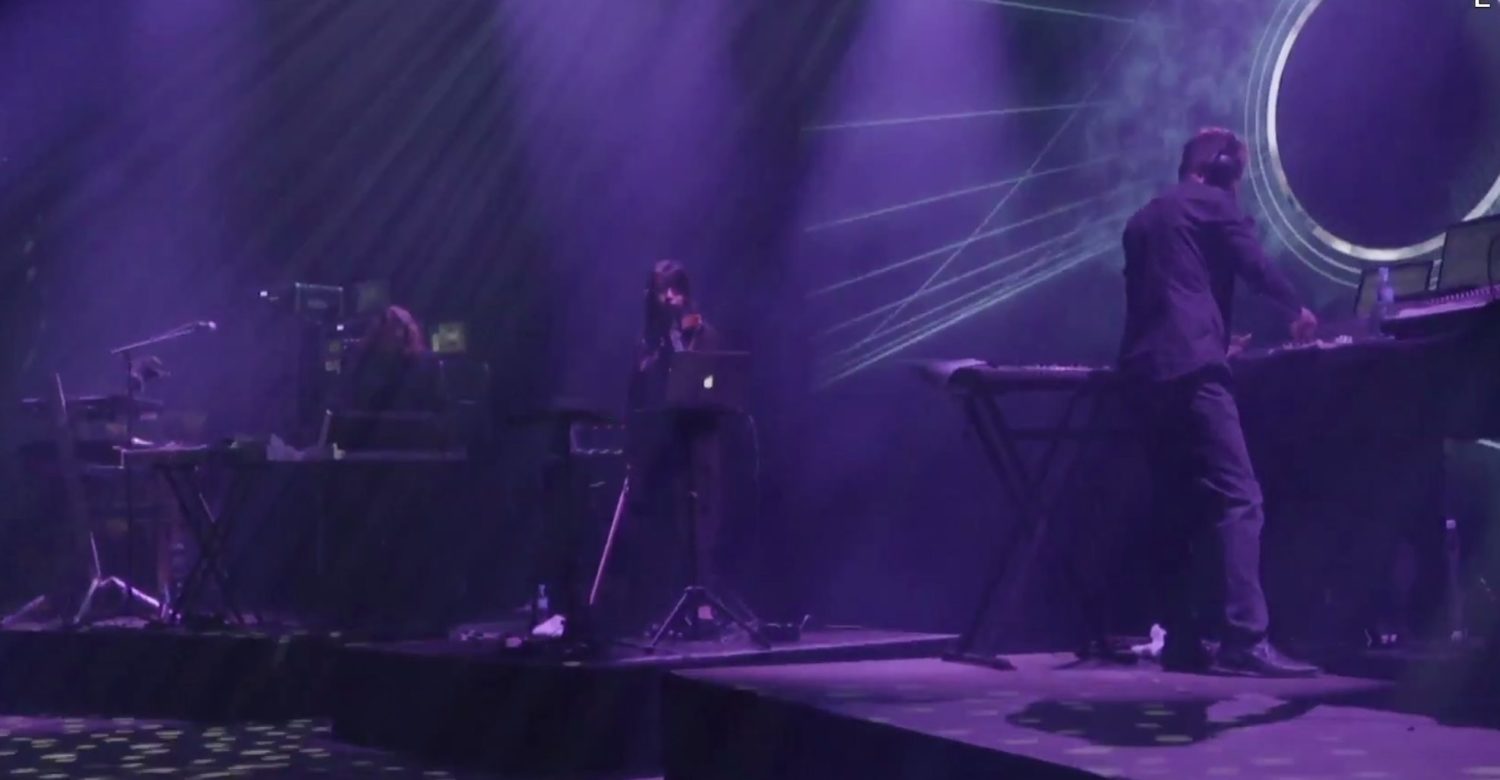 My favourite moment of the night, however, came in the form of the 20-minute free composition as an encore. Opening with just Yamane on violin gave the set some much-needed introspection and it meant that at last, the sub-bass was put on hold for a full 5 minutes! Hooray! In those 20 minutes, it felt like the new band were able to break away completely from the confines of replaying the same repertoire that they themselves did not write and instead explore, communicate and experiment with a fresh soundscape. I especially enjoyed the creative sample manipulation, that of a spoken sample and also some very finely spliced up samples creating a popping, percussive feel towards the end of the performance.

My take-aways from this performance are very mixed. On one hand, I thoroughly enjoyed the choice of program, the musicianship on display and most aspects of the overall production quality. My concerns going in about stifling the legacy of the band were proven to be ungrounded, there was never a point in the show where I felt they were merely an imitation or worse, sounded ‘old fashioned’. I question however whether the Engine Rooms was the best choice of venue at all for the band; after all, a small nightclub seems to stick out a bit when compared to some of the other UK dates such as the Royal Northern College of Music Auditorium and Coventry Cathedral. After listening to some recordings from these shows on YouTube I could not hear any noticeable penetrating bass, however, a few commenters have shared my thoughts on an uneven mix. I found it quite difficult to visually judge the reaction from the audience, the vast majority of whom were understandably at least 20 years older than myself. I sometimes felt a bit awkward standing in a nightclub, listening to music that is not best suited for raving but has been mixed with that in mind anyway, and yet every person in the room is stood still as a statue. That being said, I am happy I was able to tick Tangerine Dream off my live concert bucket list and am able to look past these glaring issues and remember a night where I thoroughly enjoyed the music that was on offer. Perhaps in the future, I may decide to see them again, albeit in an alternative venue.

Tangerine Dream will be continuing their UK leg of their world tour in Brighton on the 23rd March 2022, as well as later dates in Europe until 19th August 2022. You can book tickets here.

Tangerine Dream’s new album Raum, is also out now. You can listen to its single ‘Continuum’, below: