When I arrived at the O2 Academy in Bournemouth, I was met by a huge queue of people outside. Some had been camping there for more than seven hours just to be at the front of the queue. 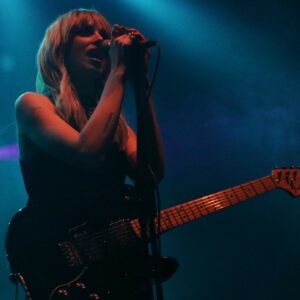 We can’t forget about the incredibly talented supporting acts, first up was Bitters performing their indie-pop music and a cover of Gwen Stefani sung by female vocalist Claudia Mills. The visuals were simply stunning, the smoke from the stage, heavy drums and the fine elements of the electric guitar as well as the electricity from the crowd, I could feel it all right in front of me. They played their new single “Cynical” a song called ‘Stole Your Car’ which I thoroughly enjoyed along with many others, leaving the crowd mesmerised. I and I’m sure many others became fans of BITTERS at the Bournemouth O2, and I hope the band go on to grow their fanbase throughout the tour.

I was lucky to get a chance to chat with BITTERS, mutual friends of Pale Waves vocalist Heather, and to discuss the style of pop-rock band The 1975 from whom Pale Waves draw inspiration. Of course, Pale Waves turn it into that edgy emo-pop we know them for and love, but it is always interesting to find out how bands are inspired by one another! 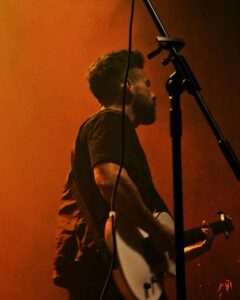 Unfortunately, Hot Milk were unable to perform with Pale Waves, under doctors’ orders. They will be rejoining the tour at the Glasgow date, Monday 21st February. However, many fans of Pale Waves quickly fell for the music of indie-pop artist Beaux as he covered for Hot Milk. His bubbly personality on stage had me and others connected straight away, as he went on to play songs such as “What’s the point?”, a song which he wrote during lockdown.

The energy and enthusiasm from the crowd built up exponentially during the wait for Pale Waves. It wasn’t just the screaming fans but the gifts they had for lead singer Heather Baron-Gracie, showing their support and passion for the band. The energy grew throughout the set in anticipation for their hit single, released in 2018, ‘Television Romance’. Heather performed amazingly and got involved with the crowd, chatting between songs. A particularly beautiful moment was when the band switched to acoustic, breaking up the heavy drums.

This was Pale Waves’ first time performing at the O2 Academy at Bournemouth and they seemed to be having a great time, just like us fans!

My favourite moment of the concert was the encore of “Easy” and “Television Romance” towards the end. Overall, Heather’s performance was unbelievable, her confidence and dancing made the performance even more enjoyable to watch. I wasn’t expecting such an exciting performance; I was surprised by the energy and engagement from the crowd! Though many were disappointed that Hot Milk couldn’t perform, we soon forgot as we delved into the world of pop-indie which Pale Waves had to offer. 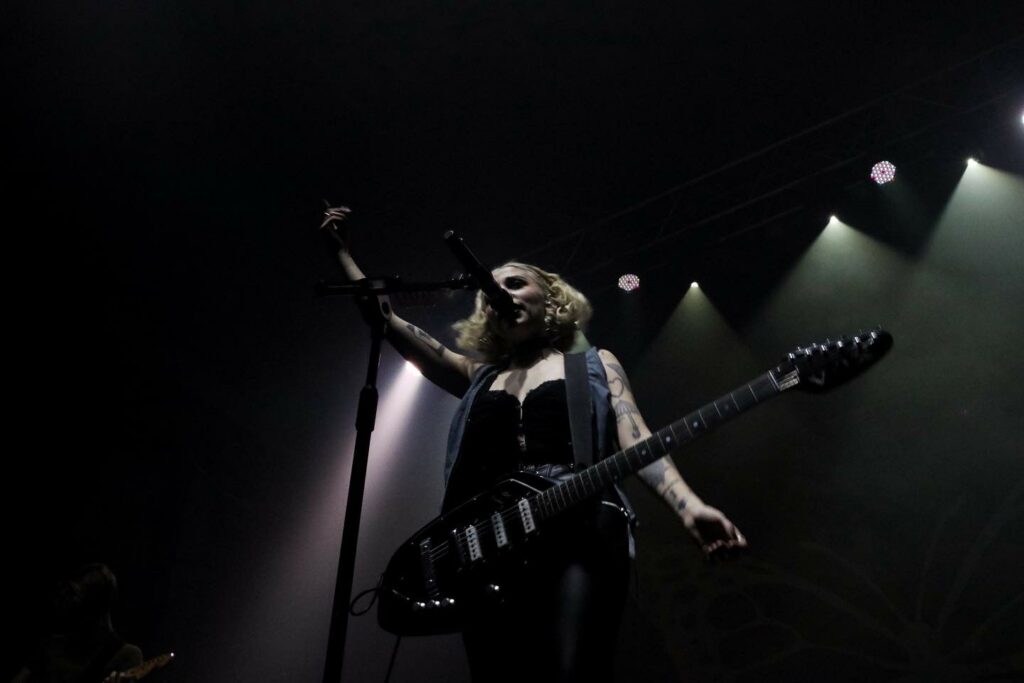 All in all, my experience was unforgettable! I can’t emphasise enough the unique style of emo-pop/indie that Pale Waves create, it’s more than spectacular and I would highly recommend their music to anyone.

The Pale Waves are currently doing a UK wide tour. To find out more or book tickets, follow the link here.