The Night Café certainly show competence in their performance, delivering catchy sing-along indie, but I can't help but want more progression from the Scouse four-piece.

It’s been a strange few years for the Liverpudlian band The Night Café. Since forming in 2014, they’ve certainly had a decent presence in the UK indie scene, but have never quite made it to the same success as some of their contemporaries. In fact, their current 2022 tour is reaching many of the same venues as they did in 2019, in support of their debut album ‘0151’. I’d attribute their lack of major success to their strangely quiet release schedules, just a single 4-track EP ‘For Better Days’ has been released since their debut album. Hopefully, the current tour signals a change for them, though I can’t help but feel like something about their show is lacking.

But before the Scouse four-piece took to the stage at Southampton’s The 1865, we were treated to a lengthy support slot from the Dirty Hit-signed singer Oscar Lang. Even at just 21, Lang is already a master frontman for his band. Conjuring up a solid crowd for a support slot, his powerful vocals and on-stage presence are frankly mesmerising. Lang dances his way through a solid 30-minute set, ending with a jubilant mosh pit to his unique brand of indie rock (with one of the best riffs of recent years in ‘Drinking Wine’). Expect big things from Oscar in the coming years! 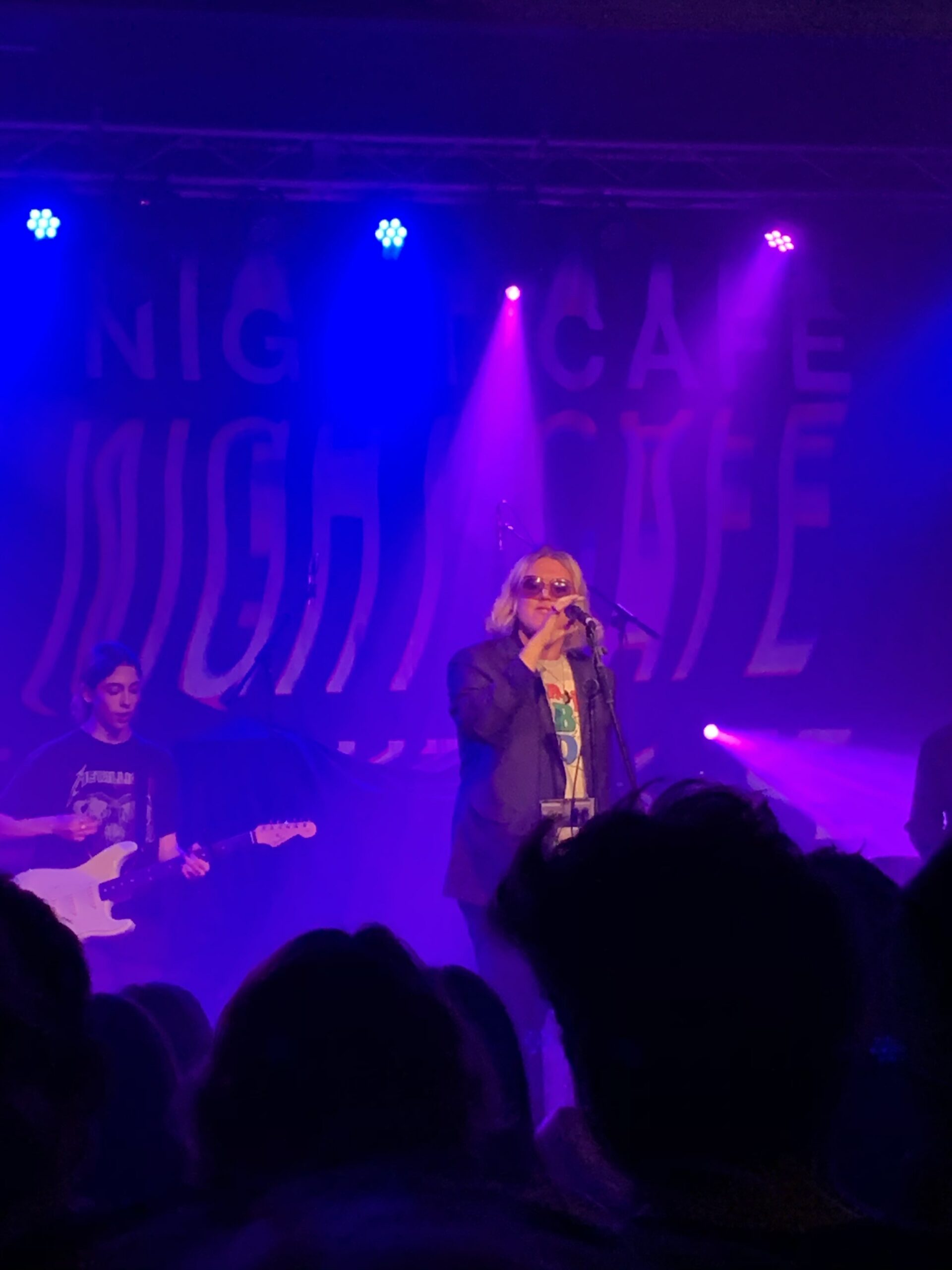 After a quick break, The Night Café came onto the stage with ‘Finders Keepers’, a solid start for the jangle-pop merchants. Though, as they peddle through much of their ‘0151’ album, I can’t help but feel that there’s something quite lacking in it all. In an era of big personalities in the UK indie scene (Sports Team’s Alex Rice, YUNGBLUD and IDLES’ Joe Talbot to name but a few), perhaps we’ve been spoiled by them, but I could sense a complete lack of energy from frontman Sean Martin. Most of the crowd interaction came from jovial drummer Carl Dillon, who seemed completely at ease trading back-and-forths with the audience.

That is not to say, however, that there were no highlights. The crowd seemed absolutely enthralled throughout the one-hour set, particularly for the upbeat anthems of ‘Endless Lovers’ and ‘Think It Over’. I would certainly consider myself a fan of the band’s music, though perhaps as an occasional appearance in a playlist rather than a full album, as the constant same jangle guitar sounds frankly became slightly monotonous towards the end of the show. I suppose that’s the trouble when you tour for several years with a single album, thus I am really hoping that their future releases show some sort of musical progression. The band are clearly a talented bunch, and I am certainly not denying that they do not produce well written catchy indie. It’s just that, like with any artist, there is only so much of their very ‘mid-2010s indie’ sound one can appreciate for an extended period of time.

The band last year did state that they had created “Charli XCX-level pop tunes, drill beats [and], even emo-trap music”. It would have been quite nice to have heard one of those on the current tour, in fact, just a single song from their 2021 EP was performed at this show, ‘Think It Over’, which certainly feels like an odd choice. 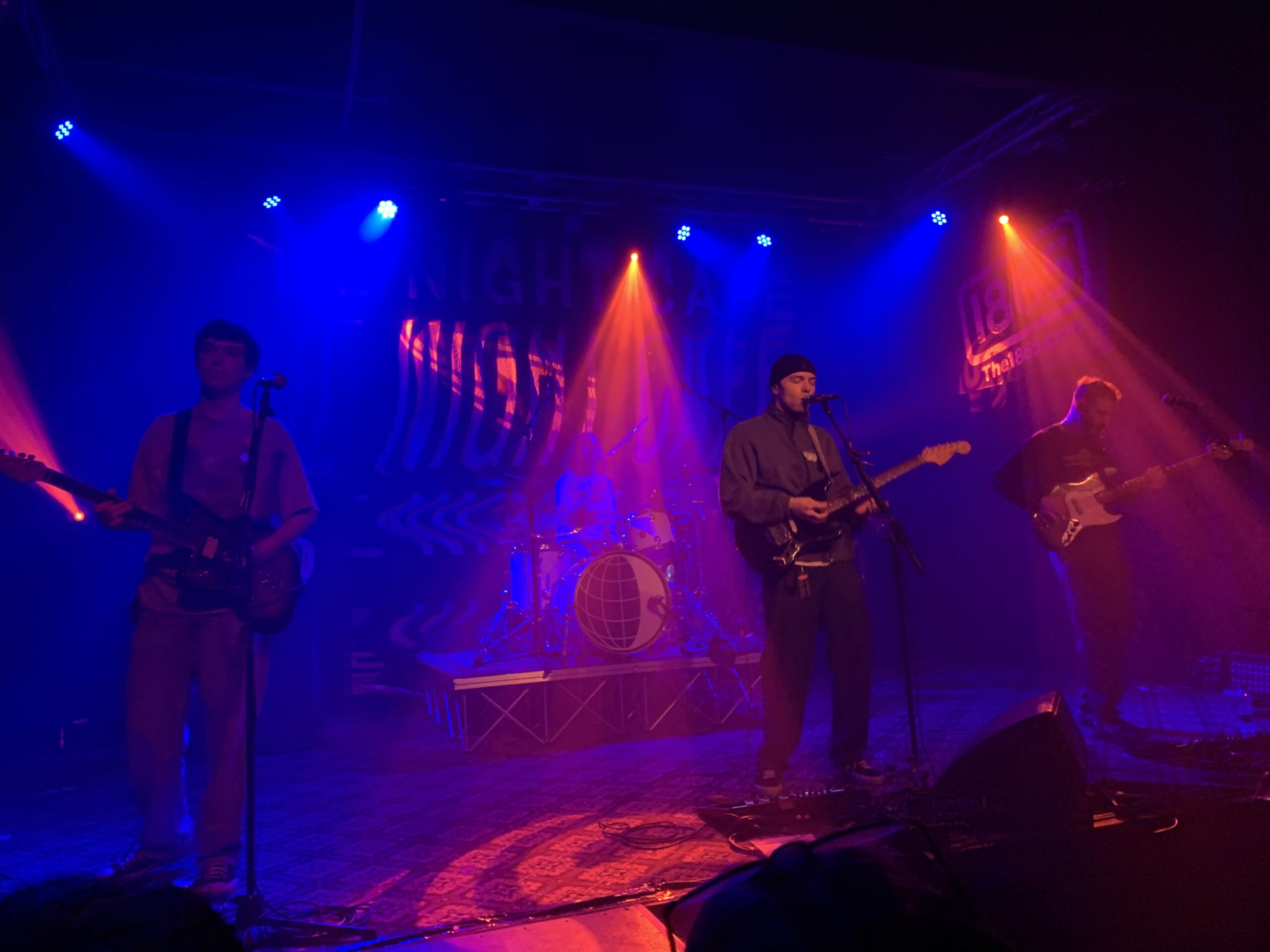 ‘I Know (I’m Sure)’ is an ‘0151’ album track being performed for the first time live on this tour, and it is certainly a welcome highlight. The 7-minute jazz-infused epic shows off the band to the best of their abilities, slowly building to an emotional display of Sean Martin’s vocals pairing with the funk tones of Josh Higgins’ guitar and Arran O’Connell Whittle’s bass. It is these moments that are exactly what makes me crave more interesting moves for these independent musicians. After a few minutes’ break, the band arrive back on stage for perhaps their biggest streaming hits ‘Addicted’ and ‘Mixed Signals’, both ending in frankly surprisingly rough mosh pits (not necessarily a bad thing). These elicit the biggest response from the crowd, I’m not sure a single person wasn’t belting out “I didn’t think that I didn’t need you” to the chorus of the latter.

After all, it is hard to truly criticise The Night Café. Clearly, they are tight, well-liked musicians, but it is these qualities that just make me wish they were a little more inspired in their music, I shall certainly be awaiting their future releases with anticipation.

The Night Café continue their UK tour until March 1st, you can buy tickets from here!