The annual bank holiday weekend Electronic Dance Music festival in Clapham Common, London proved to be an amazing blend of differing EDM genres with a quality that other festivals just can’t compete with.

Being situated within a common, you’d expect amenities and transport to be an issue when going to South West Four – however, this is certainly not the case. Located right next to Clapham Central and Clapham South tube stations, and just a 20 minute walk from Clapham Junction train station (I would recommend Junction as it’s easier to get to if arriving from outside London and you can avoid the chaotic tube) means the festival site is easily accessible, wherever you’ve come from. Leaving is a slightly different issue, however, as the tube stations were closed at festival curfew for both days, meaning that prior planning is essential – especially as it’s a bank holiday festival. There are an abundance of pubs and restaurants on the doorstep to the common, or if you’ve feeling very organised a picnic is a great way to avoid London prices and soak up the atmosphere before you go in.

A major concern with the festival could’ve lied with their apparent ‘extensive’ security checks, of which frankly were non-existent. There were reports of tear gas being seen in one of the tents on Saturday. Considering the organisers had mentioned that security was stepped up for this year’s festival, I was shocked to walk in without any qualms – especially on the Sunday as I had a small rucksack of which the security guard seemed more fussed about how big the bag was rather than what I had in it. 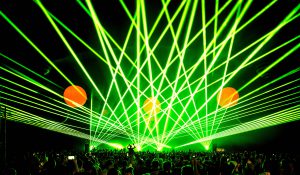 After wandering around and seeing likes of Don Diablo, Julio Bashmore, and Camo & Krooked in various EDM themed tents, the main stage offering that surprised the most for me was Sigma. An energetic and brilliant set featuring live vocals and some of those songs you didn’t realise you knew making Sigma’s setlist a very good and interactive one for the crowd to enjoy on a glorious bank holiday afternoon in London. ‘Find Me’ was the highlight in a performance featuring a fully live band and singers to perform the duo’s many hits. Sigma for me highlighted the major advantage to a festival featuring a plethora of artists and DJs, you find acts that you usually wouldn’t go see and enjoy them massively anyway. A memorable performance.

The easy layout, both in terms of set times and stage locations, allowed for everyone to see all the DJs without large clashes – meaning that Eric Prydz (headlining the largest indoor stage) could be seen along with the main festival headliners Pendulum.

Eric Prydz is regarded as one of the legends of electronic dance music, and there were a considerable buzz and anticipation amongst the fans packed out in the ANTZ tent. I’ve seen many videos of Prydz online and the incredible spectacle he puts on, and visually this performance was excellent, with lasers and flashing lights being used excellently. However, I was a little disappointed with the music on show for the half an hour I was in attendance – his latest album was a great influence on me and my final year at university and it was a shame that none of these tracks were played before having to leave to see Pendulum (I know, such a hard life). I’m adamant that the final 45 minutes of Prydz’s set would’ve been incredible, and this brief taste, despite being disappointing, has quenched my thirst to see him next time. 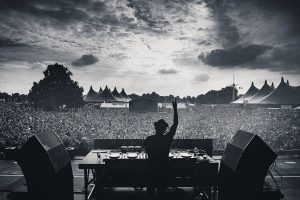 The standout act of this year’s festival, the return of Pendulum to the United Kingdom for their first live performance here in six years after their hiatus. Being the main draw to the festival this year, it was no surprise to see the main stage full of eager fans waiting for the drum & bass band to announce their return to London. Kicking off with ‘Salt In The Wounds’ set the tempo high, of which wouldn’t drop for another 60 minutes of hits from the bands deep back catalogue of hits. Everytime vocalist Rob Swire opened his mouth the crowd joined in with such passion; the crowd sensed how big this performance was from the newly reunited Pendulum and their future.

There was absolutely no let up from the five piece, with the ridiculous ‘Blood Sugar’ inducing a mad frenzy in front of the stage – Pendulum was back. My highlight was both parts of ‘The Island’, Part II being a slower tempo, atmospheric track with an unforgettable riff, leading into the frantic and frenetic Part II with a heavy drop. One of my favourite all-time gig moments; goosebumps. Their two biggest hits from their 1st album, Hold Your Colour, ‘Slam’ and ‘Tarantula’ (the latter featuring Spyda on the vocals) went down like a treat to their adoring fans, as the pace continued. Their biggest song ‘Propane Nightmares’ was another of those ‘I was there’ moments, with the recurring lyric “Bring it on home” causing everyone in the postcode to lose their voices it seemed, with the ferocity it was sung back to the band. A live performance of Knife Party’s Begin Again (Swire & McGrillen’s side project whilst Pendulum were on hiatus) was another brilliant performance before they finished with ‘Watercolour’ to fireworks.

A legendary performance from the band, with the only downside being they didn’t play longer – worth the entrance fee alone.