Thousands of people flocked to Southampton common on the May Bank Holiday weekend for the much anticipated Common People Festival – and it certainly didn’t disappoint. With headliners Pete Tong, Sean Paul and Tom Odell, it’s no wonder the festival attracted so many students and families and the weather certainly delivered too (even if only for one of the day).

I was looking forward to Common People after attending the festival last year and, just by walking towards the entrance, I saw improvements. The queues at the entrance were a lot smaller and the layout of the festival seemed much more efficient (Jam Jar Bar being further away from the children’s area, for example). Nevertheless, I was shocked to see how long the toilet and bar queues were in the standard area – had I not been in the VIP area, I would have been extremely disappointed with the wait times. 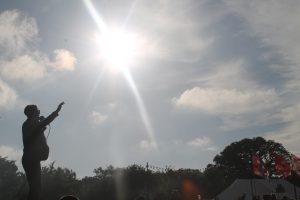 The mishaps didn’t overshadow the main music event though. The transitions between the acts were seamless, the artists were diverse and performances were very well received – although Pete Tong’s set on Saturday was very hard to hear at times. Throughout the day there was a good atmosphere, particularly during the afternoon which felt very relaxed and chilled out.

My favourite act of the weekend was Becky Hill by a milestone. She took to the stage at around 4 pm, in her usual modest way, sang faultlessly and effortlessly and I even managed to meet her afterwards. I particularly enjoyed her new song ‘Rude Love’ as well as her usual chart-toppers ‘Piece of Me’ and ‘Afterglow’. Becky’s music has been really popular after she found fame on The Voice and I guarantee she will be a global name in no time at all. I was lucky enough to see her at Sundown Festival last year and her performance at Common People exceeded that. This is an artist I hope to see succeed in the future as the passion and determination just ooze off of her. During her performance, the audience were in the palm of her hands and there was nothing but good vibes. I personally feel like she should have performed much later in the day, with the title of ‘Main Headliner’, but I’m certain this is something we will see in the future and I was thrilled to see her come back on and perform with Pete Tong at the end of Saturday’s festival. 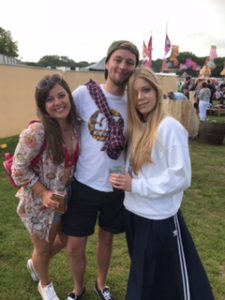 On this note, I enjoyed Pete Tong’s set which, again, brought a completely different feel to the Common. The atmosphere was chilled out and positive, even though it felt a little cramped and hard to see at times. As I mentioned briefly, the music could have been louder but nevertheless commendable. He performed a great range of his classics alongside the Symphony Orchestra, conducted by Jules Buckley and this was fantastic. I loved the raised platforms as part of the set and the range of live instruments. My only criticism with Pete Tong’s set is that it felt a little dated – of course, the Ibiza Classics are classics for a reason but after enjoying Faithless and Becky Hill beforehand, it seemed a little anticlimactic to finish off Saturday with. I felt like audience members around me (mostly teen and student age) felt like this too, dancing to only the songs they recognised. Nevertheless bringing on surprise guests such as Ella Eyre (and Becky Hill) modernised it and gave a nice mix to what is, after all, a family festival.

Another highlight was the Faithless DJ Set where Sister Bliss performed on behalf of the group. She provided the perfect afternoon comedown after a hot day on Saturday and the eclectic sounds were very well received across the common. I personally enjoyed her set more than the headliner for Saturday Night as it felt much more intimate with the slightly smaller crowd and having the sun on my face and a cold drink only complimented this. Tom Odell should also be commended too, rounding up the sunny afternoon with his piano classics and gravelly tones. He attracted a wide range of audience members, from small children to adults, and this proved just how diverse he is as an artist. With Tom, there was a different vibe in the audience, it felt much more family orientated as people sang along, swaying to the music and enjoying his talent as a musician as well as a singer. 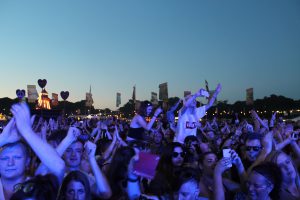 It is worth noting that I spent a lot of time at the Uncontained Stage as well, and particularly enjoyed OR:LA and Felix Dickenson. There was a completely different feel at the Uncontained Stage and every time I visited, people were sat on the grass chatting or dancing under the colourful canopies. It was nice to have this contrast from the main stage, listening to genres of music that differed from the main headliners. Though smaller, there is much more space to dance and meet new people and just enjoy the live music. This is also the case for the Uncommon Stage, the only stage undercover in a marquee. If intimacy in a crowd if your thing, then this is a great space and showcased many brilliant, new and diverse artists.

Overall, I thoroughly enjoyed Common People and would recommend it to anyone who wants to enjoy the what the Bestival Team do best, without having to suffer the pitfalls of camping ov/ernight. I can tell that this is a festival that is only going to get better each year and I cannot wait to see what Rob Da Bank has planned for 2018.