Read more
You are at:Home»Live»Review: The Enemy at The Wedgewood Rooms, Portsmouth
By Carly-May Kavanagh on September 4, 2016 Live, Reviews

It’s incredibly sad to know that this is the last time I will be reviewing The Enemy. Their ‘Last Orders – Farewell Tour’ warmed up in Portsmouth on September 2nd and it was an incredibly nostalgic and sad night for a lot of people there. As someone whose family is from Coventry and who can completely understand the sentiments behind the lyrics, for me they’re very much the voice of the city. I wasn’t expecting everyone to feel the same way, but I don’t think I’ve ever been at a gig that’s felt like that night. 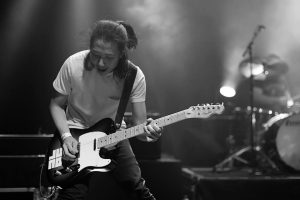 Moses were the first support act, and probably one of the best supports I’ve ever seen. Though worried the lead singer was going to accidentally jump off the stage because of how much he was jumping, they seemed to genuinely love playing and were very punk rock. The Wholls followed, seemingly having a bigger fanbase in the audience and played a very rock-heavy set.

Opening with ‘Had Enough’, I quickly realised how mental the front was going to be for the whole gig. After escaping to the side in time for ‘Aggro’, Tom told us that they would be playing everything from their platinum selling debut, We’ll Live and Die in These Towns. Which, in my opinion, is their best album – it’s their best sounding, their most relatable. But in all seriousness, the one that’s made people realise they don’t want to be stuck in Coventry. As always, they were as good as they always are live, following with a couple of songs from their second album. 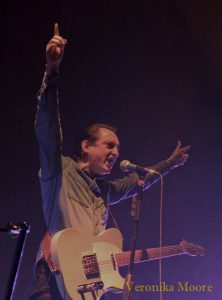 The setlist really couldn’t have been better. I knew they’d main their debut, and the chosen songs from other albums were clearly fan favourites. I’ve never been at a gig where everyone sang every word, where there was minimal staring at phone screens. It was just an incredibly emotional night, especially for them. No band wants to stop when they’re at their peak, especially in response to how music and radio have changed. They spoke multiple times between songs about how grateful they were for everyone who listened to their songs, came to gigs, and it was clear how much they meant it.

The gig ended with Tom on an acoustic guitar singing ‘Last Goodbye’, which was far more emotional than I was expecting it to be. A few people left but most were chanting ‘Now, this song, is about is about is about you’ (lyrics from ‘This Song’), until Tom came back out and was lifted up into the crowd; the atmosphere felt more like a football match than a gig. Nobody wanted it to end, but it had to – and it ended on a high.