This year marked the fifth anniversary for the Bristol based festival, taking place for the second time at the larger site of Eastville Park. Originally created as a one day festival by the team that brought you the Wow! stage at Glastonbury, LSTD has grown to become one of the big names of the festival calendar, this year boasting the likes of Stormzy, Chase and Status, and Mura Masa to name but a few.

However, as one festival goer told me, “Love Saves The Day is becoming a more mainstream, drug absorbed festival … but the performers are still a high standard, suiting a variety of music requests”. So, have the organisers managed to successfully grow LSTD while remaining true to its original philosophy? Or did this year’s LSTD drift too far from its eccentric Bristolian roots, morphing into a generic, glitter and drug fuelled hipster rave?

On entering the festival site on Saturday I was greeted with the welcoming and familiar sight of glitter beards, outrageous spandex and bejewelled faces. Heading over towards the Paradiso tent Joy Orbison, a LSTD original who performed at the festival’s debut in 2012, created a vibrant and dance inducing atmosphere harking back to LSTD’s roots. 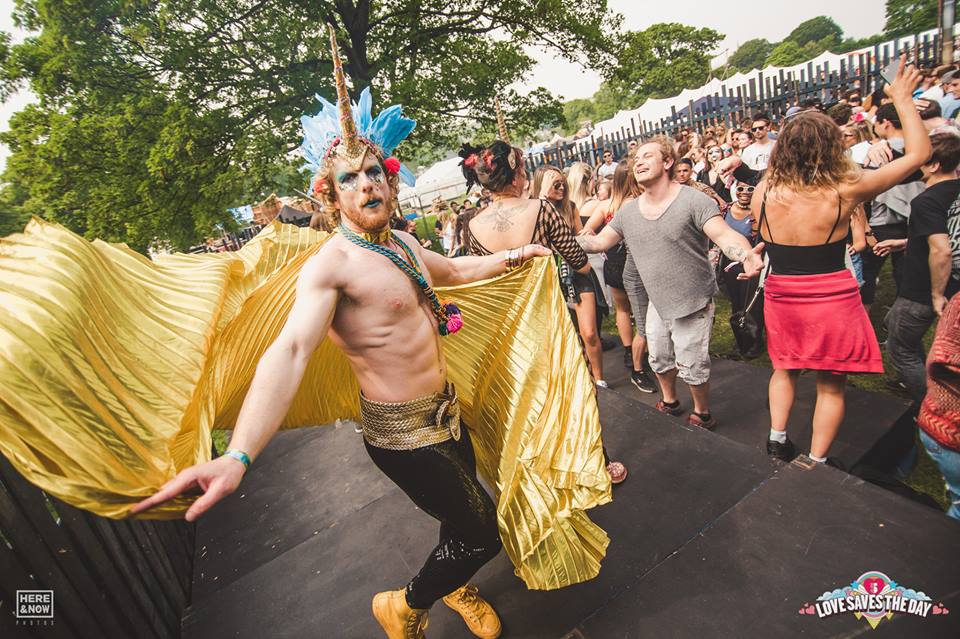 Image via Love Saves The Day

Over at the Mainstage, Maribou State combined their chilled electric beats with the entrancing and soulful live vocals of Holly Walker. Under the heat of the unanticipated sun, the mellow and enthral performance became one of the highlights of Saturday’s line-up. The hotly anticipated Mura Masa followed next on the Mainstage, continuing on from Maribou State by easing the festival goers into the party mood with their laid back set.

Bristol locals Roni Size and DJ Krust brought the festival to an epic close on Saturday night on the Arcadia Stage, combining well known anthems with deep drum and bass. Festival goers were left exhausted but wanting more when the clock hit 11 and they stumbled home or to after-parties ahead of the next day of festival madness. 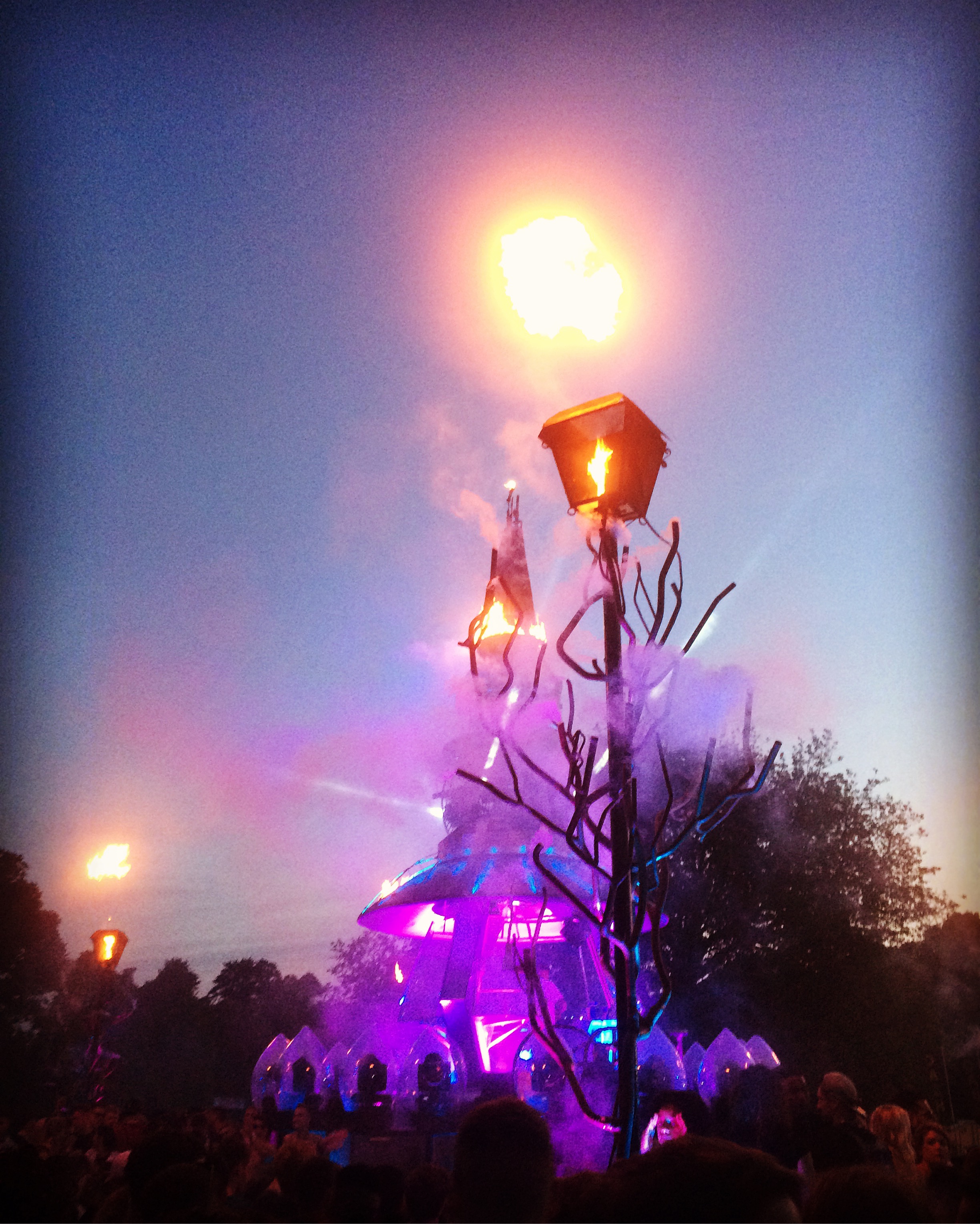 Sunday brought with it yet more sunshine and eccentrics. Heading over to the tucked away Cloud9 Stage to see Kiko Bun, as part of the SHY FX’s Party on the Moon take-over, it became obvious that LSTD, which sold out entirely this year, was at full capacity. The reggae sounds of Kiko Bun were drowned out in a sea of eager onlookers who could barely hear the music, an issue which was again raised during Katy B’s performance later in the day.

Leaving the crowds at Cloud9 and taking seat near to the MainStage, the iconic ska and reggae sounds of David Rodigan could be heard in the blistering heat. As always, this legend of the industry was on top form, but the unexpected highlight of Sundays’ Mainstage had to be Chinese Man.  The remix of 1920s flapper music made it impossible not to dance and created a party vibe true to LSTD’s original philosophy.

Next, the Mainstage saw a dramatic shift towards grime with the sounds of Stormzy. Drawing the biggest crowd of the weekend, Stormzy’s set was not a disappointment. Combining both his well-known tracks such as ‘Shut Up’ and new songs, while inviting people from the crowd on stage, Stormzy’s set was everything I’d hoped for.

It was back to the Arcadia Stage to watch Chase and Status close LSTD 2016. As with High Contrast on Saturday night, the Arcadia Stage’s intense combination of metal, fire and strobes were the perfect fit for Chase and Status’ closing set. Classics were played alongside their new works such as a recent collaboration with Craig David and brought the festival to a powerful and dramatic close.

So has LSTD remained true to its roots? To me LSTD will always be more than just a platform for underground and mainstream artists to perform and collaborate. It brings people together in an embracing atmosphere. It’s an oasis hidden for 48 hours at the side of the M32 where Bristolians and outsiders alike join together in one of the most eccentric, love and party fuelled weekend in the British festival calendar. For me, LSTD has remained true to all this despite its growth in both size and notoriety, and I will undoubtedly be making my yearly music pilgrimage to LSTD again next year.