Read more
You are at:Home»Live»Review: Saturday at The Big Feastival 2015
By Hannah Mylrea on September 2, 2015 Live, Reviews

Since it’s inception under a decade ago, the Big Feastival has rapidly gained a reputation for being the ultimate family festival. Run by celebrity chef Jamie Oliver and Blur-bassist and cheese entrepreneur Alex James, year on year the festival builds on the already successful concept of taste festivals, and combines this with family activities and a killer line-up.

Heading down to Alex James’ festivals in the Cotswolds you really are in the middle of nowhere. Surrounded by the beautiful British countryside, you couldn’t have hoped for a more attractive location to spend your bank holiday. The festival site itself was decked out with the usual decorative additions; but as a food festival it’s also festooned with tens of amazing food trucks and stalls. Too often at festivals are you charged eight quid for a soggy burger, but at Feastival you could dine like a king for a reasonable price, and then stagger off in an induced food coma to watch some amazing music. We sampled some amazing mac and cheese by Anna Mae’s, before doing just that.

On the main-stage we saw Johnny Borrell and Zazou, the former Razorlight frontman’s latest solo project. His intriguing bohemian blend of psychedelic sounds piqued the interest of hundreds of dozy punters who all flocked to the stage. Up later, Hudson Taylor were the perfect band for a sunny Saturday afternoon. Their harmonious folk-pop went down a treat, particularly the violin-laden arrangement of ‘Chasing Rubies’. We were also treated to a guest appearance from Gabrielle Aplin, who joined the boys for a handful of songs midway through the set. 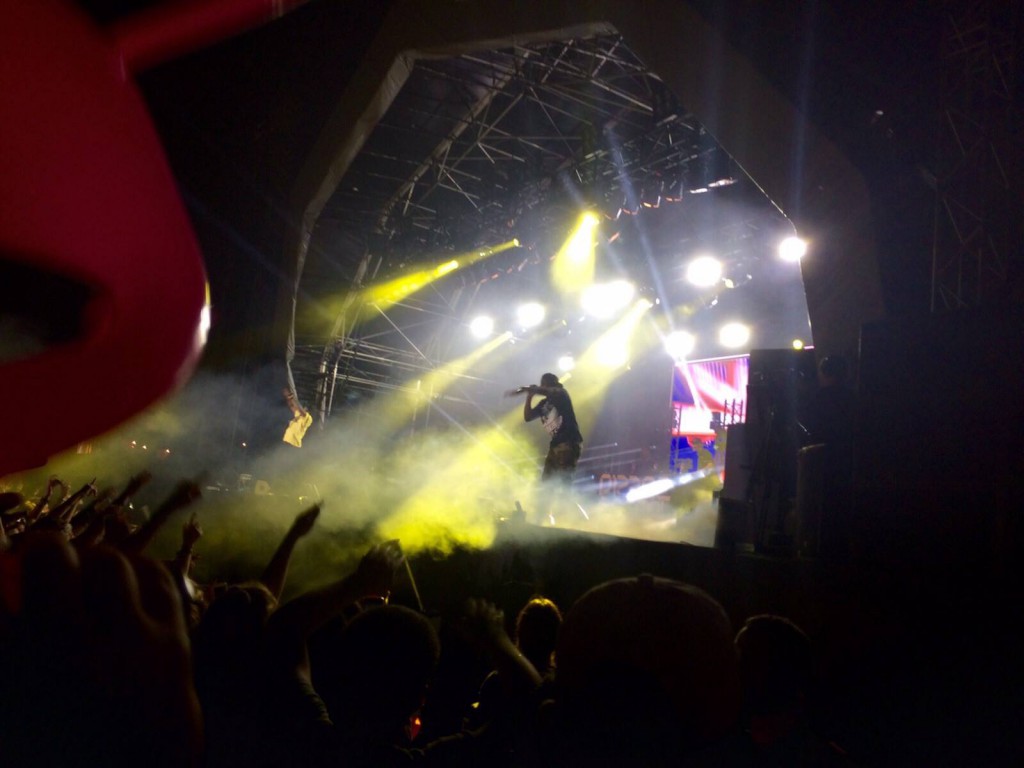 Mid afternoon we were whisked into a secret bar by the team at Sharp’s Brewery. Here we were taught by the beer sommelier about how to pair your beers and food, something you wouldn’t usually think about when buying a pint. It was then back to the main stage for an effervescent set by Ella Eyre. Although there were some issues with mixing and levels, Eyre and her band powered through playing a mix of her vibrant pop hits and tracks from her debut album, Feline, which was released only a few days before.

Example then took to the stage for a disappointing performance. Limp and lifeless, his messy set was full of bum notes and no energy. Headliner Dizzee Rascal more than made up for this though, with a phenomenal closing performance. Although the Feastival may not have been his prime demographic, the kids and parents alike all seemed to be up and dancing for him. Blasting his way through old favourites like ‘Sirens’ and ‘Fix Up, Look Sharp’ and onto his recent chart successes like ‘Holiday’ and ‘Bonkers’, it was the best way imaginable to finish a day of fantastic food and music.