Sheffield-rockers Bring Me The Horizon descended upon London’s Wembley SSE Arena for a one-night-only gig to 12,500 of their biggest fans. Supported by Young Guns, Issues and Sleepwave, this promised to be one crazy, crazy night.

Before I get into the music, the atmosphere and the show as a whole, there is one particular point that I feel needs addressing. This was an all-age gig, meaning anyone could attend, whether they were seventy or seven. Considering this, it would be assumed that the language and attitude used by Bring Me The Horizon would be suitable for all ages, surely? Sadly this was not the case. Now, the vast majority of people would understand that a lot of metal bands encourage violence at shows in the form of mosh pits and “walls of death”, that’s fine, even in the presence of youngsters.  What is not acceptable however, is:

Unbelievably, these are not the worst things to occur. Behind the set was an enormous screen that projections were being shown on throughout the show. During the first three songs of Bring Me The Horizon’s set, images of burning down churches, Jesus covered in blood, people being hanged and decapitated bodies were projected onto the giant screen. Considering everything that is going on in the world, particularly in the Middle East, this was in incredibly bad taste and completely unnecessary, especially with an audience containing members as young as at least nine.  Bands like Bring Me The Horizon are idols to thousands of young people across the world. Letting young people experience this kind of behaviour and these kinds of images is setting a really, really bad example.

Putting all this to one side, this was one show that anyone who did not attend should be rather envious about.

The Steel City band fittingly opened with ‘Shadow Moses’ from their most recent studio album, Sempiternal.  Chants of “We’re going nowhere” filled the arena as a promise to the Yorkshiremen that their fans would stand by them until the end. This preceded two more anthems from the album in the form of ‘Go to Hell, For Heaven’s Sake’ and ‘The House of Wolves’, before treating the die hard fans to a track from their second studio album released back in 2008, Suicide Seasons – ‘Diamonds Aren’t Forever’.

From beginning to end the crowd responded to everything that Bring Me The Horizon wanted them to.  Oli Sykes prowled the stage and provided the amount of energy I have only ever since once before, in the shape of Limp Bizkit‘s Fred Durst, who is known worldwide as being a bit of a maniac.  The atmosphere was electric, the mosh pits where fierce and the Wall of Deaths were brutal.  Many would have seen this show as a resurgence of British metal back to the top of the rock agenda. 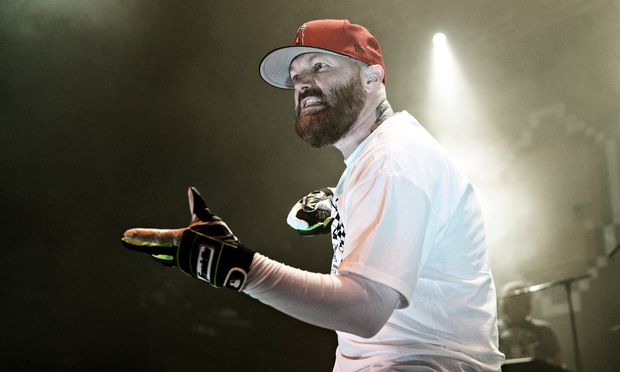 What was obvious, however, was how much this band have actually come since their first album, Count Your Blessings, back in 2006.  Hardcore Bring Me fans will most probably disagree with me when I say that in the beginning, their music didn’t really have too much of a structure, there was just a lot of screaming and heavy guitar riffs.  What was prominent at Wembley was that their new music, particularly from Sempiternal, is so much more thorough and enticing. The older tracks played came across as just loud noise, where as the new ones were musically great.

The audience were pleased to see that the band were still on good terms with former guitarist Curtis Ward when frontman Sykes introduced him to the stage in order to help the band perform ‘Pray For Plagues’ ten songs into their set.  Ward left the band back in 2009 after his relationship with the other members deteriorated following poor performances and contributing little to Suicide Season.  His performance on this night however, was full of energy and enthusiasm, even if he was only onstage for the one song.

The set finished with arguably one of the heavier tracks from Sempiternal, and clearly a crowd favourite, ‘Antivist’, and ‘Sleepwalking’, also from their latest album. Bring Me The Horizon departed the stage to cries from the crowd of “One more song!” before the clapping and stamping of feet from the 12,500 attendees forced the band back on for a three-song encore.

The encore was kicked off with ‘Hospital For Souls’, before the Sheffield-based quintet moved onto their most recent single, ‘Drown’, and finished with ‘Can You Feel My Heart’ which brought the biggest cheers of the night when its iconic introduction echoed throughout the arena.

Bring Me The Horizon proved something with this show. They proved that they can fill sell out an arena and deliver their fans anthems which can be chanted back towards the stage throughout a set. Their music has come so far since the early days and any rock or metal fan should definitely put seeing these guys live onto their bucket lists. This was a show that no one who attended will be able to forget in a hurry.

Bring Me The Horizon’s fourth studio album Sempiternal is out now on RCA and Epitaph Records.