Read more
You are at:Home»Live»Festivals»Acts to Look Forward to at Camden Rocks Festival 2019
By Jo Lisney on May 16, 2019 Festivals, Live, Previews

Kicking off early in the festival season, Camden Rocks Festival brings a two-day event to the capital. From the 1st June – 2nd June, Camden will be hosting a festival that features over 400 live acts that cater to a range of alternative music genres such as rock, indie and punk. Started in 2009, this festival has gone from strength to strength each year, with guests such as Bullet For My Valentine, Feeder and Twin Atlantic playing the town. This year, the festival has 20 venues for people to see many of their favourites play. As someone who goes to Camden often, this festival only makes me love this place more! Early bird tickets have sold out, but you can buy your tickets here. Below are just a few reasons why you should go.

In particular, I am very excited to see Deaf Havana (headlining Sunday 2nd June) at the festival. With big hits such as ‘Sinner’, ‘Smiles All Round’, ‘Friends Like These’ and ‘Worship’, they are surely not to be missed live. I have never seen them live, but grew up listening to them. I have a soft spot for this band too as they are a staple in the rock music scene and help establish Brits as a force to be reckoned with state side! These guys constantly deliver with their music and have been successful since their formation. I know that Deaf Havana is not for everyone, but I have watched performances online and friends have seen them… Let’s just say, if you are there and don’t see them, you will kick yourself! These guys capture the energy, electricity and excitement you expect from musicians at a show.

I have been following a band called Average Sex for the last year or so. 2018 was a big year for the band – they played Paris, Amsterdam and toured up and down the UK, as well as released their debut single ‘Melodie’. This single alone is already a tune, but I would recommend seeing them for fans of Mac DeMarco’s first band, Makeout Videotape, and The Cribs. They have already achieved so much in a year, I cannot wait to see what the rest of 2019 has in-store for this band.

Another band I am keen to see is HAiG. Although little is known about them other than their names (Billy, Tom, Joe and Carl), they have been recommended for fans of Foo Fighters, Kings Of Leon, Stereophonics, Oasis, Fleetwood Mac and Queen. As seen on the official Camden Rocks website, HAiG predominantly play rock and roll, but blend their sound with hip-hop. Based on the recommendations, I am excited to see just how influenced this band is by those mentioned and how they blend hip-hop with this. I have high hopes for them as this sounds refreshing and more successful than the creation of Limp-Bizkit! Check out HAiG’s debut single ‘All On US’, to be released in spring 2019. 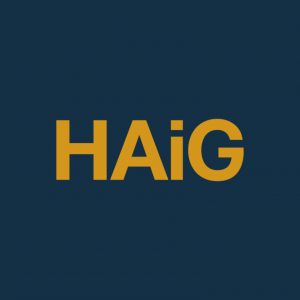 And lastly, I can’t round this off without mentioning Wheatus. Whether you love or loathe them, you cannot deny that ‘Teenage Dirtbag’ is a tune! It is just a song that brings back memories. This song connects to generations because it means different things to each… Oh, and it is so cheesy, but we love it nonetheless!