Dubbed ‘London’s coolest festival’ by TimeOut, Lovebox was founded by Groove Armada in 2002 and returns for its fifteenth year this summer, taking place on Friday 15th and Saturday 16th July in Victoria Park, Tower Hamlets, London. 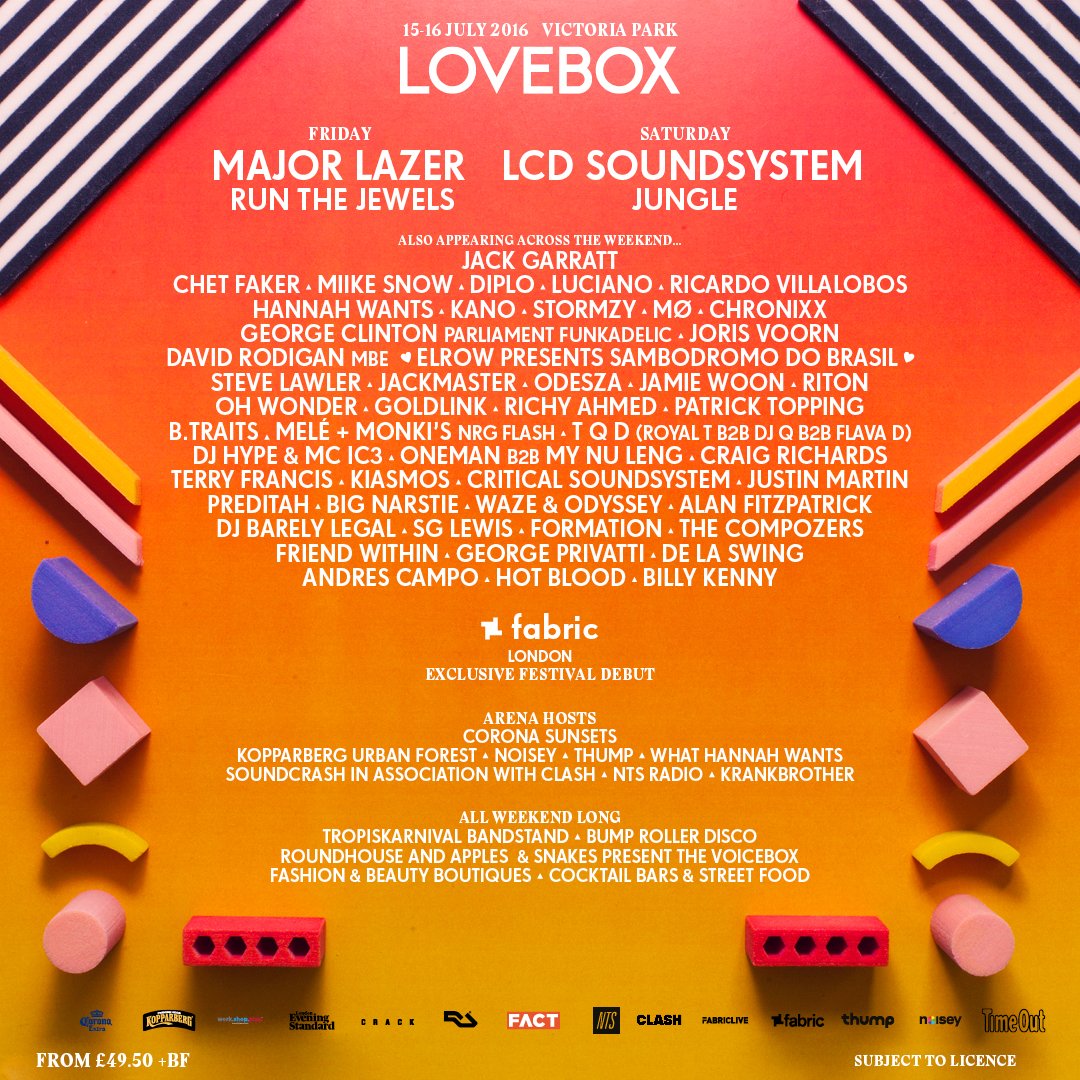 Boasting headliners Major Lazer and the newly-reformed LCD Soundsystem, who have returned after a five year hiatus, the East London festival also offers the likes of Jungle, MØ, Jack Garratt and Diplo. Since 2014 Lovebox has changed to a two-day event from the three-day variant, yet critics have been largely positive about the change stating that the festival packs as ‘much fun into two days as many festivals manage in three.‘

With Major Lazer and MØ combining to produce the biggest track of 2015, ‘Lean On‘, and Diplo now one half of the huge DJ duo Jack Ü alongside Skrillex, Lovebox is sure to attract huge attention across the UK and worldwide.

Aside from the headliners and household names this years event sees the award-winning festival retain its electronic and dance influence, securing appearances from ODESZA, Miike Snow and Hannah Wants as well as a festival debut from London club Fabric throughout the weekend. Elsewhere, Lovebox’s line up also bridges out to other genres from artists such as Oh Wonder, Chet Faker and grime sensation Stormzy.

With more acts still to be announced, Lovebox promises to be one of the capital’s best festivals this summer alongside Wireless and Barclaycard British Summer Time.

Both day and weekend tickets are available here. Further line-up announcements will be updated on the Lovebox website.