Share The Sound Festival is an annual live music event created for unsigned, up and coming acts looking to make their mark in the thriving live music scene of Southampton. Last year the festival was held over two brilliant days at The Talking Heads pub, where the festival will return this time around. However, this will now be in The Talking Heads’ new location in The Polygon. The organisers are passionate about bringing in an eclectic mixture of new and unique acts, and last year they showcased an enormous variety of genres from pop and jazz to rock and rap.

As for 2016’s Share The Sound Festival, the line-up is currently being finalised, and after over 25 applications it is sure to consist of a hugely talented and diverse list of bands and acoustic acts. The festival will be held on Friday the 11th and Saturday 12th of March, from 6pm-late on each night. To keep up to date with the line-up announcements, ticket information and progress head over to the Facebook page.

The Line up so far:

Nine Ace Deck are a funk rock band with a six-piece brass set up and rhythm section. As a band, they have a passion for writing original songs as well as performing a variety of covers. They are regular performers at many popular venues around Southampton, including The Talking Heads, The Hobbit and Turner Sims Concert Hall. 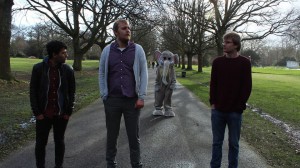 Red Letter are a six-piece electronic influenced funk fusion band based in Southampton. They create music with multi-textural layers alongside raw grooves and complex harmony, allowing the soloists freedom to explore more than just chords. Formally known as Muteight, they have supported artists such as Gary Crosby, WorldService Project, Schnellertollermeier and, most recently, Roller Trio.

Penquin are a modern Latin Jazz quintet who perform original covers and adaptations of modern pieces. With influences such as Mongo Santamaria, Snarky Puppy and other Latin legends, they have created a unique sound incorporating eclectic genres together to create a Latin infused groove sound.

Nylon Ostrich are a young, energetic, four-piece rock band who have been making a name for themselves in the London and Brighton music scene. In the last year they have played Concorde 2, the O2 Academy in Islington and London’s Scala. They’ve also supported Bombay Bicycle Club and Foals at DJ events. After a sold out headline show at The Haunt in Brighton, last summer they released their debut EP Four Letter Words. 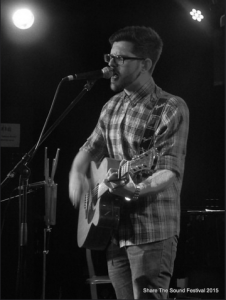 A Gentleman’s Film are an up-and-coming funk alt rock trio, currently based in Southampton. They have been building a strong reputation for their unique groove based funk rock sound, professionalism and on-stage energy. Influences include The Red Hot Chili Peppers, Jimi Hendrix and John Mayer.

Joshua Matthew Baum is a singer-songwriter from Bournemouth. His confessional post-folk style has deep roots stretching from the punk rock of Green Day to the indie folk of Bon Iver. He performed at Share The Sound Festival in 2015 and is now beginning to record his second EP.

Charlie Hawkins has played guitar and sang from a young age and has early influences such as Queen and Pink Floyd who her parents would play at home. Also influenced by recent artists like Clean Bandit, Charlie’s songs are about her experiences in life and she has a four track EP.

Keep an eye out around the University so you can be sure to grab yourself a ticket!