Read more
You are at:Home»Live»Festivals»Poland: A Musical Paradise
By Anna Saracka on June 29, 2014 Festivals

Every summer almost every student faces the same problem: music festival or a trip abroad? It doesn’t matter if you are a fan of death metal or Katy Perry, it’s all the same: we can’t afford it!

What if I told you there is a place where you can have both?

In Great Britain, a country situated in the middle of Europe, called Poland, is mostly known for of its enormous amount of immigrants who slowly colonize the UK- and its infamous alcohol. But there is something more to it; Poland is a summer paradise for all music lovers. Alternative, rock, pop, indie, metal, electronic, techno: Poland has it all.

Summer festival season kicks off early there – they start in the capital, Warsaw, with the focus on mainstream music at Orange Warsaw Festival (13-15.06.2014). This year at National Stadium the audience can enjoy stars like Florence and The Machine, The Kooks, Ella Eyre, David Guetta, The 1975 and much more. Then the party moves to the seaside, to the extremely diverse Open’er Festival in Gdynia (2-5.07.2014). Next it goes back to the capital for a heavy metal fiesta: Sonisphere Festival in Warsaw (11.07.2014). A week later the legend of Polish music festivals takes place, the backbone of punk-rock – Jarocin Festival (18-20.07.2014). For a change of climate, in the following weekend you can go to either alternative-electronic party Audioriver Festival in Płock (25-27.07.2014) or techno-trance party: Sunrise Festival in Kołobrzeg (25-27.07.2014). You’ll have less than a week to rest after these exhausting events because in the beginning of August you’ll have to make yet another hard decision: true alternative and indie at Off Festival in Katowice (1-3.08.2014) or peace, love and rock’n’roll at Woodstock Festival in Kostrzyń nad Odrą (31.07-2.08.2014). Then Poland gives you a three-week break until 21st of August when Tauron New Music Festival takes place in Katowice (21-24.08.2014) which focuses on widely understood electronic music. If that wasn’t enough, in the meantime, throughout the summer Warsaw hosts Jazz at The Old Town Square Festival (5.07-30.08.2014) and Cracow – Summer Jazz Festival (5.07-1.08.2014) with annual Jazz Night (12.07.2014) as its highlight. 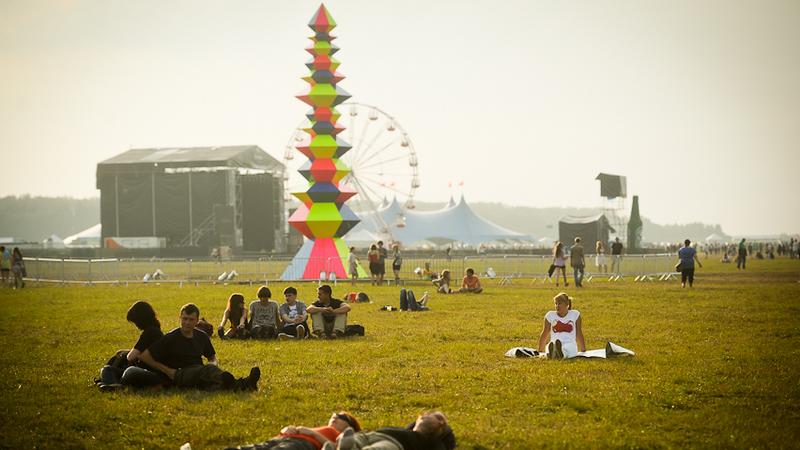 Whew, that sounds like an intense summer! Who possibly could afford these festivals? Fear no more! The prices vary between £100, for the most expensive Open’er Festival, and £0 (yes, you read it correctly, nothing!) for Woodstock Festival and Jazz at The Old Square!

But man cannot live by music alone – you’ll need to get to this music paradise somehow and stay there. With current deals from cheap airlines like EasyJet, Ryanair and Wizzair you can travel to Poland for just £20! Of course the price includes only hand luggage but you don’t really need more than that for a week. Between one festival and another you will have chance to discover the beauty of Polish cities and Polish history which can be easily shortened to two words: it’s complicated. Apart from that, in Poland everything is literally five times cheaper (£1=5PLN), clubs are open until dawn not 2 a.m. and you’ll never suffer from lack of 24h liquor shops. What more could you possibly want?

In following weeks The Edge will provide you with essential information about the most important music festivals in Poland. You won’t have a chance to pop in for those in early July but there is still plenty to come later on!