Read more
You are at:Home»Live»Interviews»“I express things that I wouldn’t usually express in a normal conversation” – An Interview with Our Propaganda
By Morgan McMillan on February 9, 2021 Interviews, Live

Our Propaganda are slowly emerging as a band to watch out for in the music scene and The Edge was lucky enough to sit down and discuss all things Our Propaganda from their musical influences, video games and how they have adapted to life in lockdown.

Tell us how Our Propaganda formed?

What was the inspiration behind the name ‘Our Propaganda’?

Charlie: Basically, we were hunting for a new name for ages and one night I was watching footage of some of our shows and I said to Jack “this is kind of like our propaganda” and it sort of just clicked.

Jack: Charlie definitely said our propaganda, but we initially wanted to use the name ‘Propaganda’, but it turns out it was the name of a German synth-pop band in the 80s. So, then we thought maybe ‘The Propaganda’. No one liked that. Then we went back to the original idea and we felt it just made more sense.

Before the third lockdown you guys were performing in venues like The 1865, how have you adapted your performance to fit with the social distancing measures in place.

Jack: Definitely 100%. Concerts are now sit-down gigs which changes it up a lot. Like in October 2019 we did a single launch at The 1865 and we had about 300 or so people in the room, but now with sit-down gigs we can now only have 160 people their max. Lockdown has given us a lot of time to think about how to do the set live now. We have done a few different variations of songs that we have kept in the repertoire, but essentially the difference is more to do with the audience. And whilst on some ways its really cool, because you feel like people are sat there and listening. But you are also missing that energy from the audience and though they are still giving it their all it isn’t the same as being up close.

Joe: It’s really different because you are trying to keep it high energy but keep it in the performance and give everyone some semblance of a normal performance.

Watch this small clip of Our Propaganda at The 1865:

Do you feel lockdown has aided or hindered your creativity?

Charlie: The main problem is we can’t get together and make music. It’s slowed down the process of us writing more.

Joe: I’d say it’s a mix bag on that one. The first lockdowns it was easier to create as we had all gotten new creative software’s. However, as this lockdown has dragged into the new year, for me at least, it has really squashed my creativity.

Charlie: When we did our first ever gig after lockdown we had to adjust the set, it gave us a new creative outlook on how we write our music and such.

Are you working on any upcoming projects?

Joe: No. As far as 2021 goes we do have some rough ideas for potential releases, but we are trying to figure out how that’s going to happen.

Jack: For this year its going to be mainly or at least hopefully we will see a return to shows. Its going to be about releasing music in whatever possible ways we can. Recently we filmed our gig at The 1865 and that will be released on our YouTube shortly.

Who are your top musical influences?

Jack: My original influences that first set me off on the path I am now like Led Zeppelin, Guns & Roses, and the older classic rock bands. These days, it’s a bit different now, like right now the artists that inspire me are on the pop spectrum like Twenty One Pilots. I think theres many lessons we can learn from our predecessors and a band that I really love, and this will sound really cliché but Fleetwood Mac. 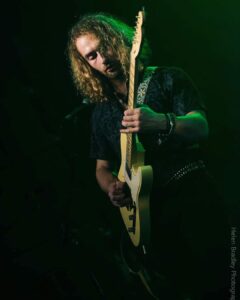 Charlie: I think Fleetwood Mac is the one band we can all collectively say we all love.

Joe: Yeah, that and Pink Floyd. On a personal note, my influences change depending on my head space at the time. Like last year, I was listening to a lot of pop music and trying to keep my spirits up. I had Lady Gaga’s, Miley Cyrus’s and Adam Lambert’s new album on repeat. But as this lockdown has dragged on, I have found myself going back to heavier music as an outlet like Papa Roach, Slipknot, Sex Pistols. I just love listening to songwriters and whatever their feelings are at the time.

Charlie: I would say my main influence is not necessarily artists but points of view.

Jack: So true, especially when it comes to lyric writing. I think another artist that really interests me is Michael Kiwanuka and his new album as it’s such an amazing blend of 60s soul, psychedelia, and modern pop production. He literally brought all my favourite sounds of music into a modern arena.

An example of us being influenced by a point of view ‘Wave House’ which was inspired by the idea of finding that place in life where you are finally stable and settled in your ways, a longing for something you don’t have yet.

Harvey: When it comes to music at the moment, I have kind of had a break from newer stuff and I suppose I hear the radio at work. My biggest influence would be Van Halen. Sadly, Eddie Van Halen passed away last year, and I was absolutely gutted as I was never able to see him perform live or potentially meet him. I think he made me start making music seriously.

Is there anything you would like your fans to know about you?

Joe: Some of us are vegan.

Charlie: I am a vegan. I care for the planet and myself.

Jack: I too, am currently a vegan.

Charlie: Jack is the oldest in the band.

Jack: Yeah that’s true. I think if anyone wants to know anything about me just listen to the lyrics in the songs. I express things that I wouldn’t usually express in a normal conversation, if you really want to know how I feel about a certain subject the best place to look is a song. I wear my heart of my sleeve in the songs. 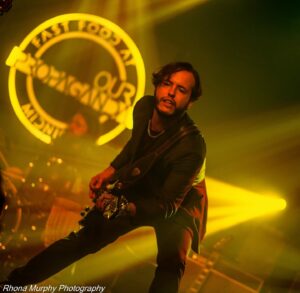 Joe: I’d say even from a musical standpoint, that is quite relatable. Like in certain parts of the songs there are different emotions that creep in, for example if you listen to the introduction of ‘Be High’. The opening bass line I wrote when I was about 16 or 17 and I was going through a difficult time in my personal life and spilt out into the opening. And if you go to ‘Wave House’ the opening acoustic line is slightly melancholy and maybe slightly romantic. Then ‘Hide Away’ was just written during summers day and I was feeling quite positive about things.

Jack: It definitely has that vibe as well and you can feel that emotion coming from it.

Joe: I would say there is a lot of emotions in the musicality.

Charlie: You can tell the type of people we are by the way our music sounds.

Jack: I know this question was necessarily about the band or the music, but it just shows how embedded it is in our lives that we find a way to talk about it again.

Joe: It consumes us.

Finally, what have you been binge watching during lockdown?

Charlie: I have been binge watching a lot of TV, a lot of Netflix, recently I have watched Lupin, but watch it in French as its so much better than the dubbed version.

Jack: End of last year I ended up watching The Man in the High Castle. It’s effectively an alternate reality where the Nazi’s won World War II. It’s pretty cool and a good series. And I have been watching Disenchantment, it’s very tame in terms of cartoon comedy like Big Mouth and Rick & Morty.

Joe: All I have been doing is rewatching Rick & Morty, Big Mouth and sweating it out on Call of Duty Online.

Jack: I have been playing a lot of video games.

Harvey: I have just been rewatching the Star Wars films.

Jack: I have been really into podcasts recently; I am a huge classic history buff and have been listening to a podcast by Dan Carlin on Japan and the Second World War.

Check out Our Propaganda on all streaming services now!