All in all, the first day of 2000trees was a wonderful introduction to what the little festival in the woods was all about.

Landing firmly on its feet in the middle of a heat wave, this year’s 2000trees was an absolute scorcher. With bands for every niche of the alternative scene, mouth-watering food stands on every corner, and a whole host of entertainment for the masses, it wasn’t just the weather that was on point: the 11th iteration of the festival proved to be as big and brash as ever.

Arriving Thursday afternoon to a collection of sweaty tents and even sweatier patrons, the day was kicked off with the melodic college-rock of Puppy – of which I was most surprised at the voices that came out of a particularly ‘dude-bro’ looking bunch. Their Wheatus-esque whine played off perfectly to starting an afternoon of beers and chilling out on the expansive Upcote Farm, ramping up the energy as their set went on to finish with the insatiably riff-heavy ‘The Great Beyond’. 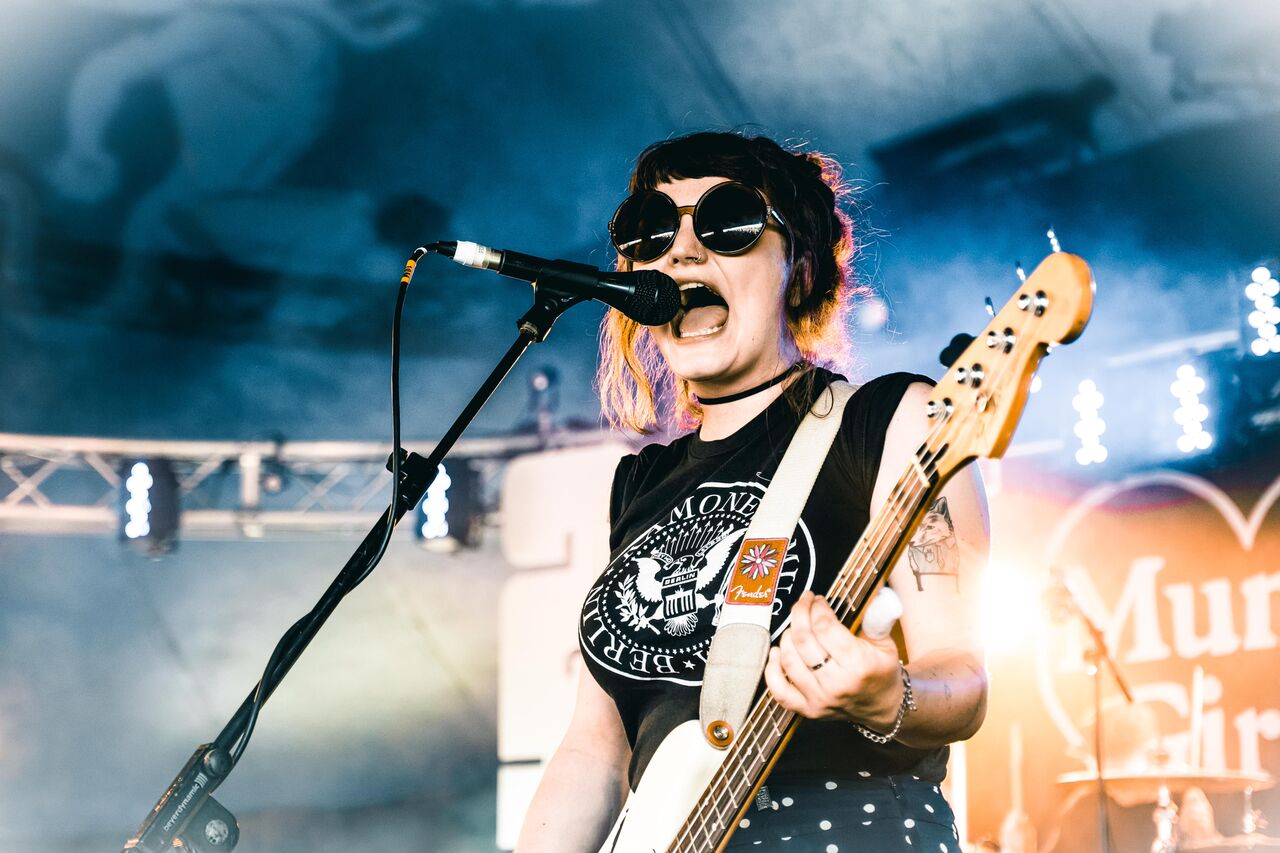 Keeping the vibes high with some punk-rock female vocals, Muncie Girls headed up the Cave stage next – with frontwoman Lande Hekt dishing out some strong advice on staying hydrated in the hot weather with bottled water. Of course, she was greeted with a cheer and a sea of beer cans instead, but at least her heart was in the right place. Delivering a particularly political set, they were the first place that the infamous “Oh Jeremy Corbyn” (think a bastardised ‘Seven Nation Army’) tune made an appearance – which then plagued the rest of the festival at every set I attended.

Surrounded by fields of wheat, it’s understandable why a festival of labour supporters would be feeling naughty like that. In any case, Black Foxxes headed up the Axiom stage shortly afterwards, delivering a measured and insanely well-performed rendition of tracks both new and old. ‘I’m Not Well’ and ‘Husk’ were particular favourites, with plenty of music in the works being debuted for excited fans.

Slowing down the pace for some acoustic sets, the Forest Sessions provided much needed shade and a space to sit down away from the main festival site. Jonah Matranga offered a set that began by walking the line between hyped up children’s presenter and hyped up child – but had everyone cheering for him by the end of the session. His appreciation for the line-up and enthusiasm for his work soon became infectious rather than annoying, with great interaction with the crowd throughout.

Enjoying the little reprieve a lot more than I initially thought possible, we hung around for the second round of Black Foxxes to see the difference in tone from their full live set up. Whilst the boys were technically brilliant and vocally very impressive, the set list was disappointingly short – with the performance lasting roughly four songs. Most of the tracks were very new also, making their dabble with the Forest Stage a short and sweet encounter rather than a set the crowd could get particularly involved with. 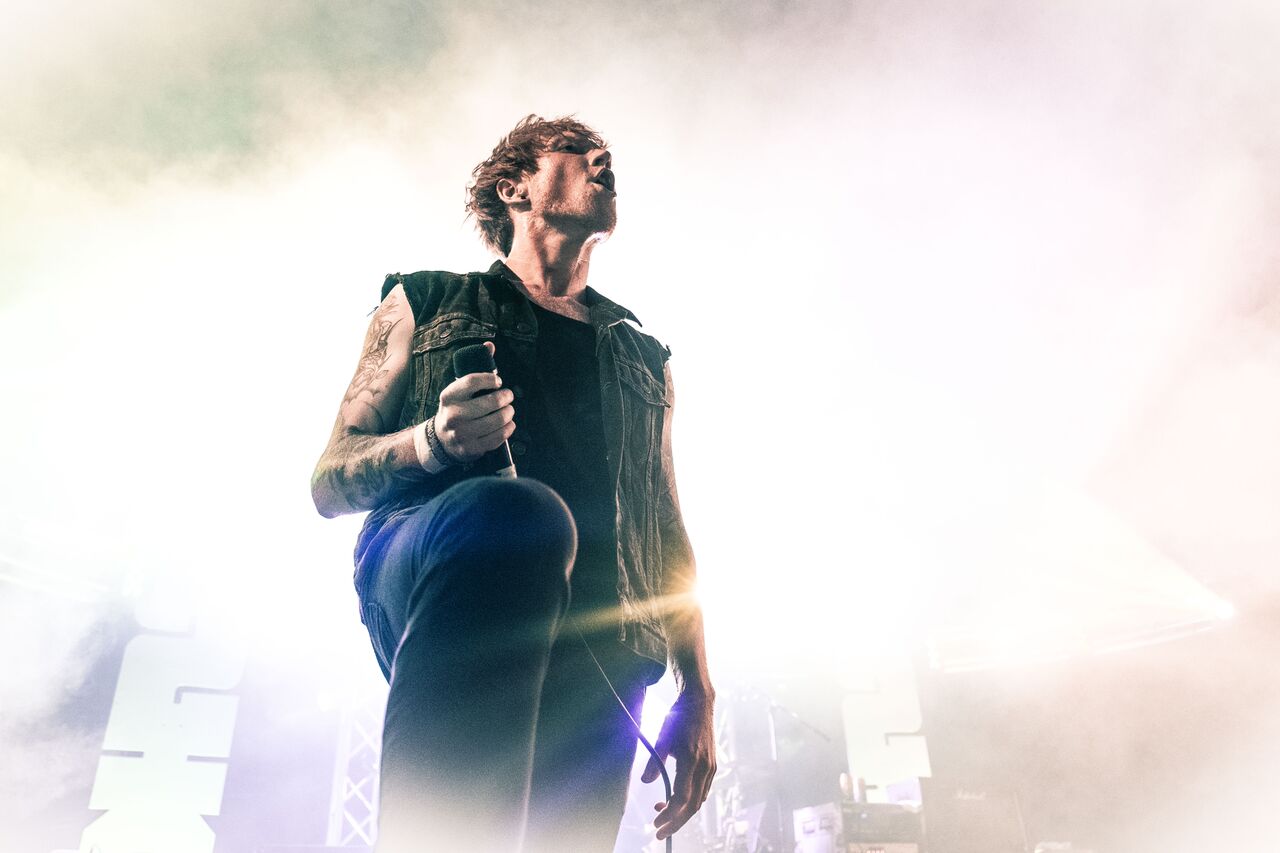 In any case, day turned to night and the first headliner of the festival soon took to the stage – this being Mallory Knox in the Cave. Owning the room with a larger-than-life swagger, frontman Mikey Chapman had the audience eating out of the palm of his hand for the entirety of his time on stage. The set was strong and the guys gave a stellar effort – ending Thursday’s antics on a high note.

What makes 2000trees even more special however is even when the line-up is over, the festival most certainly isn’t. Dotted throughout the campsites were a whole host of acoustic, secret, and spontaneous sets, keeping the vibe alive well into the depths of the night.

All in all, the first day of 2000trees was a wonderful introduction to what the little festival in the woods was all about. With energy levels high and weather to match, it was the start of a fantastic weekend, boasting performances that set a particularly high standard. Fortunately – Friday and Saturday only served to get bigger and better from Thursday’s admirable springboard.