Thousands graced Finsbury Park last Saturday for the inaugural Community Festival, and it is safe to say that the new one day festival has certainly made its mark.

The newest festival to grace the London scene was set to be an impressive day as it was run by the well-known Festival Republic who are the masterminds behind Reading & Leeds, Wireless, and Latitude to name but a few. With its stellar line up and prime location, it’s no wonder the festival sold out. But what it may lack for in presence in the festival circuit, it makes up for with ambition and lasting impact.

Although Community Festival is a new festival it’s already made a name for itself as it originated as a multi-venue arts event in Shoreditch in 2015 and in just two years it has expanded to the two-stage event which welcomed a variety of new music lovers to Finsbury Park.

With the current political climate, there may not be a better name for the festival than Community, which is something many of the famous lead singers also picked up on. The Wombats front man, Matthew Murphy, reiterated that importance of community spirit and togetherness in a time of political discomfort before the band proceeded to start the tune of The White Stripes ‘Seven Nation Army’ which saw the thousands in the crowd passionately start chanting “Oh, Jeremy Corbyn”, to The Wombats’ delight. They were certainly crowd pleasers singing all their most famous and well-loved tracks. From the older ‘Let’s Dance to Joy Division’ to the more recent ‘Greek Tragedy’. With the strong afternoon sun beating down on the main stage, the crowd embraced the heat and danced emphatically throughout the hour-long set. Their set ended with the announcement of new music being released soon. 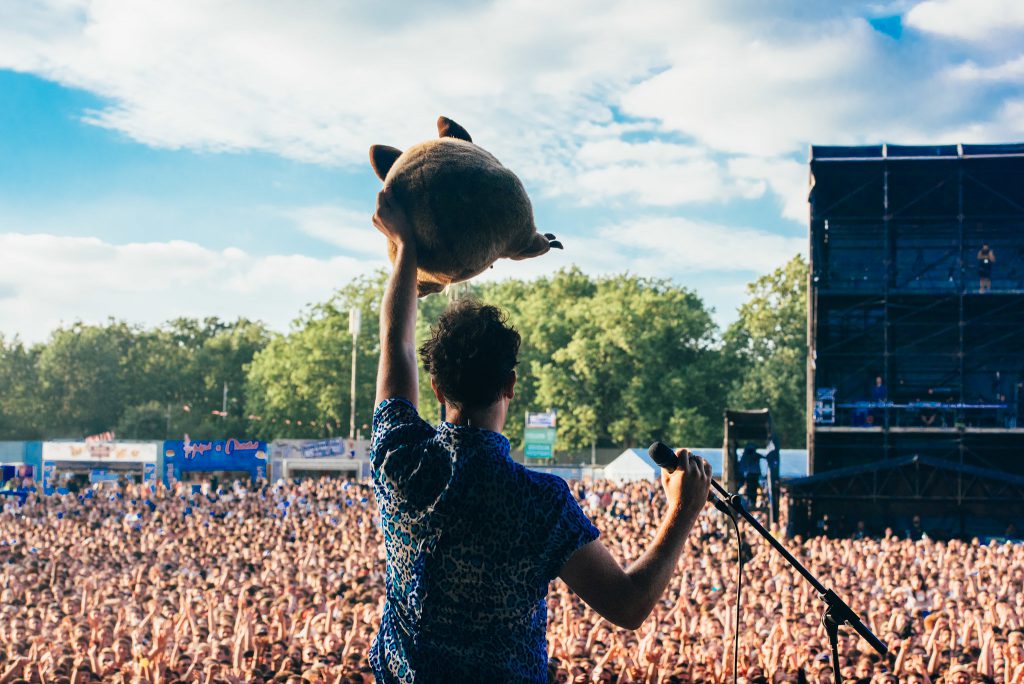 Slaves preceded The Wombats on the main stage, introducing themselves as the duo from “The garden of England – Kent”. They were one of the most entertaining acts of the day as they paraded the stage shirtless and sweaty discussing politics and their love of music. They were avid fan favourites, with their tracks being appreciated by the charged audience, mostly shown by the number of bottles of beer hurled through the air. The duo performed their well-loved ‘Where’s Your Car Debbie?’ as well as ‘Sockets’ from their debut album Are You Satisfied?. ‘People That You Meet’ saw Suggs from Madness join them onstage to the crowds delight. 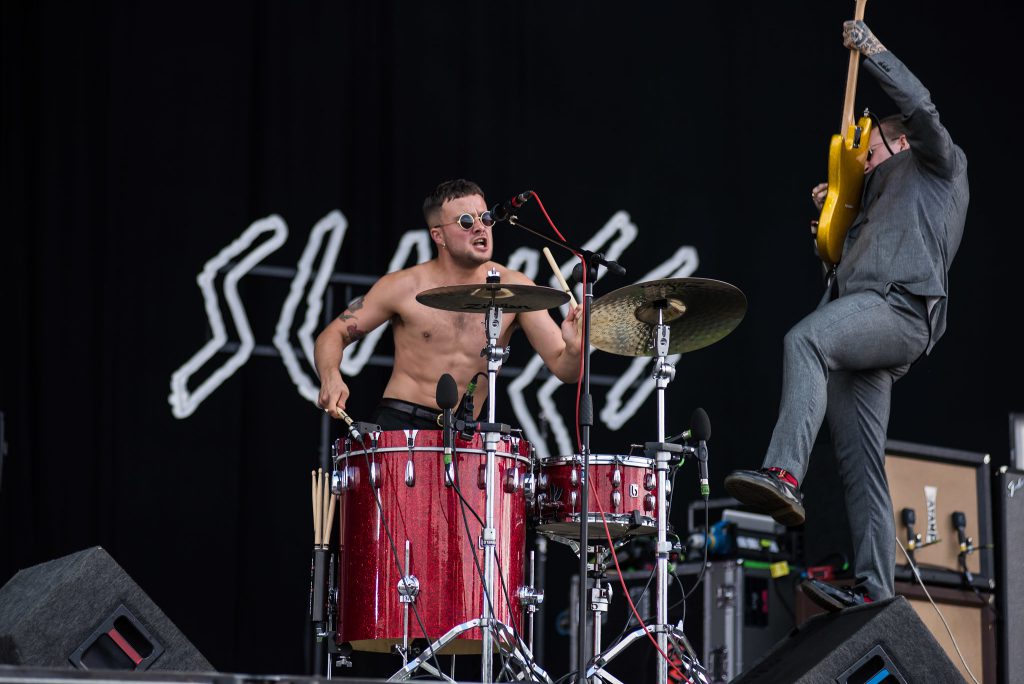 The festival headliners, Catfish and the Bottlemen, followed The Wombats after a 45-minute break between the sets. The excitement for them was felt throughout the day with many revellers staying at the front of the main stage since the gates opened at 11am. Anticipation built as Dean Martin’s ‘Ain’t That a Kick in the Head’ played before the eclectic four piece made their entrance. In true rocker style, they were dressed in all black. At the back of the stage hung the notable alligator from the cover of their most recent album, The Ride [Capitol Records]. Catfish and the Bottlemen were the most highly anticipated act and they certainly did not disappoint. The charismatic front man, Van McCann, had the crowd in his hands as he put on an energetic show featuring hits from both albums. Their presence on stage is palpable and their music is so fitting to the festival atmosphere with each song adding to the performance perfectly. It was atmospheric, poignant, and unforgettable. 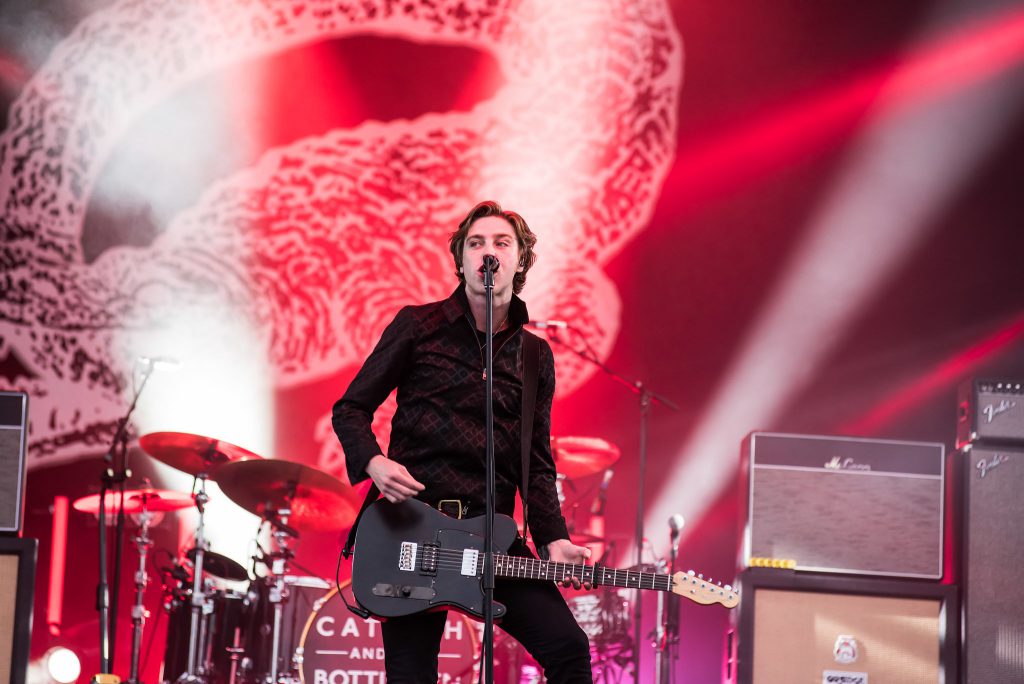 Other main stage favourites were Darlia, who energised the audience before The Wombats took to the stage, and Fickle Friends whose lunchtime slot lead to a chilled audience appreciating their sound. A notable main stage mention is The Hunna, who hail from Hertfordshire, and who recently played at Glastonbury. They announced that Community’s main stage was probably the biggest crowd that they had played, making Community a memorable festival for them. Nothing But Thieves had an electrifying performance with their powerful performance pulsing through Finsbury Park. 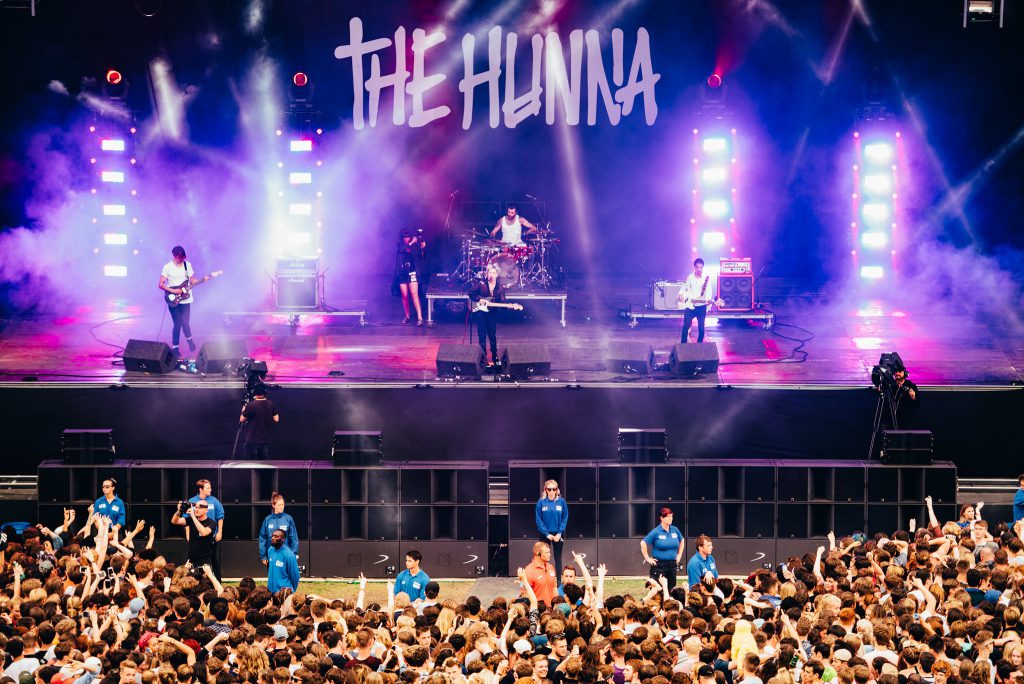 As important as the main stage is for any festival, what really made Community Festival was the second stage, N4. It held modest crowds throughout the day who were all evidently lovers and enthusiastic supporters of upcoming musicians. RedFaces, four talented boys from Sheffield, played their three singles (‘Wise Up’, ‘Katie Come Home’ and ‘Kerosene’) which set the tone for the rest of the day, despite it being a short set. A notable mention would be Southampton’s own, Wild Front. They were charismatic and stuck to true rocker style of wearing black jeans and a denim jacket despite the weather being well into the 20s.

Clean Cut Kid headlined the N4 stage and bringing their summery spirit to the audience. They were a clear fan favourite drawing the largest crowd the N4 stage had seen throughout the day. The Liverpudlian band were charismatic, engaging, and importantly appreciative of the fan response. Their interactions with each other and the crowd created a truly brilliant atmosphere, made even more so by ending their set with ‘Vitamin C’.

Community Festival was a resounding success and one to watch for next summer. 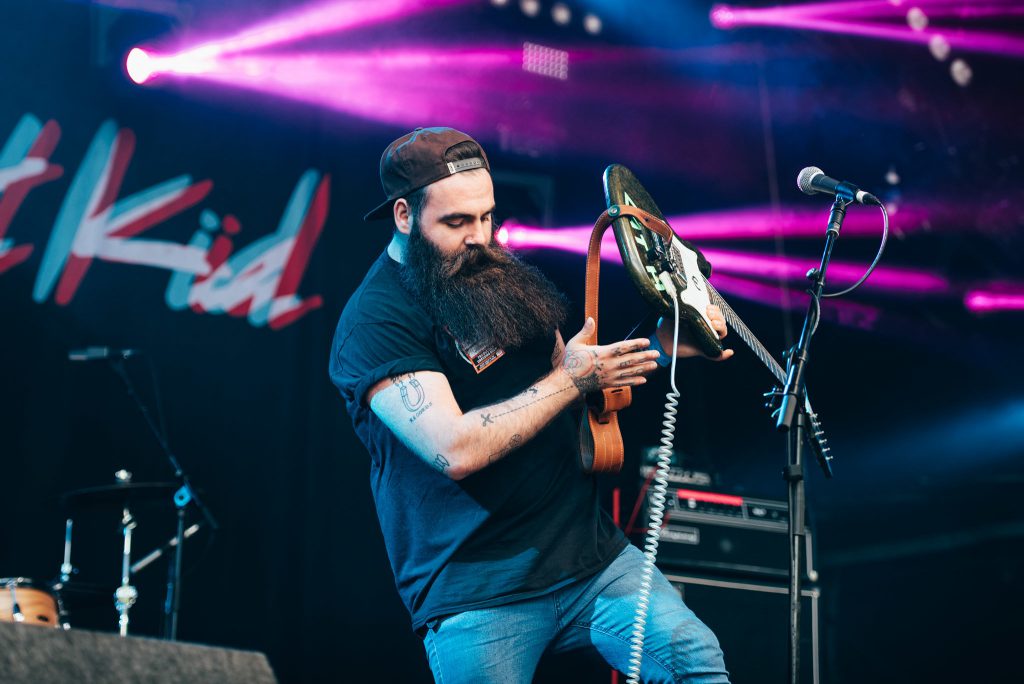