Read more
You are at:Home»Live»Festivals»Preview: Field Day 2017
By Tom Webb on May 8, 2017 Festivals, Live 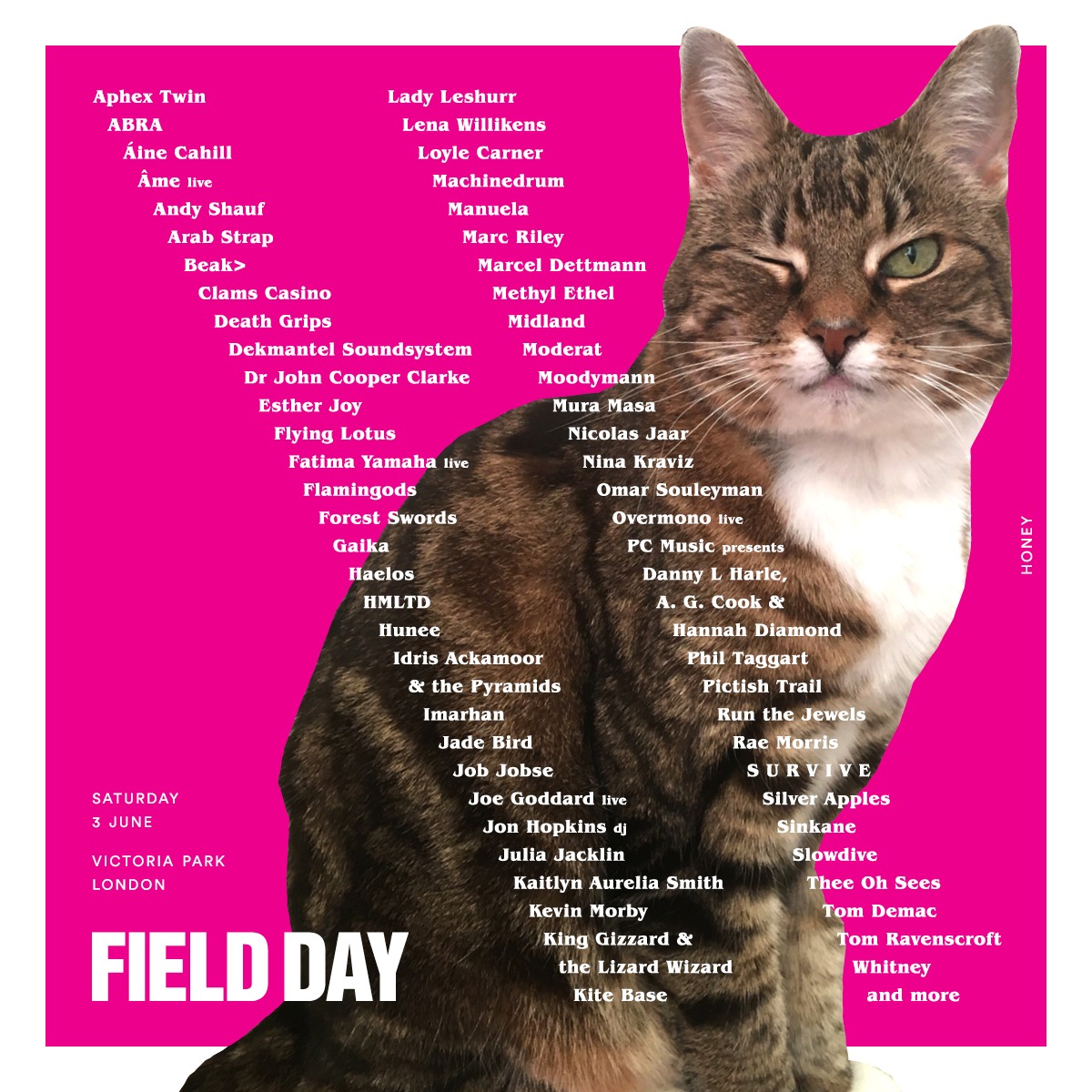 Field Day’s line up in full. Image via Field Day

Irish-born English electronic musician Aphex Twin headlines ‘The Barn’, Field Day’s new indoor main stage arena, a welcome addition to the festival and one that is set to rival the main stage in terms of both capacity and atmosphere. In a lineup that leans towards indie and electronica, there are a number of hidden gems, amidst the more recognisable trio of Mura Masa, Loyle Carner and Flying Lotus.

Last but no means least, the relatively unknown Dutch DJ Fatima Yamaha provides yet another electronic fix for festival-goers in what is sure to be a memorable celebration of promising musical talent.