Read more
You are at:Home»Live»Artist in Focus: Lady Gaga
By Sophie McEvoy on October 30, 2016 Live

Madonna; Michael Jackson; David Bowie; Prince. You don’t need to say anything other than these names to instantly recognize who they are and picture their entire image. One thing that these icons have in common – other than their legendary status – is that combined, they are the creators of one of the most revolutionary artists of the 21st century; Lady Gaga.

Growing up on David Bowie, Prince, Madonna, Pink Floyd, Black Sabbath, Iron Maiden, Queen and Michael Jackson, it’s not hard to pinpoint where Gaga found her passion. Gaga’s influences seem to be a point of contention amongst her critics however, comparing her performances and image to the iconic Madonna on a regular basis; insinuating that Gaga’s career relies solely on copying Madonna’s defining evocative and risque image. Gaga herself has been very open in regards to criticism towards her influences. “It’s not a secret that I have been inspired by tons of people,” she says. “David Bowie and Prince being the most paramount in terms of live performance.” In regards to Madonna, she has stated that “I don’t want to sound presumptuous, but I’ve made it my goal to revolutionize pop music. That last revolution was launched by Madonna 25 years ago.” 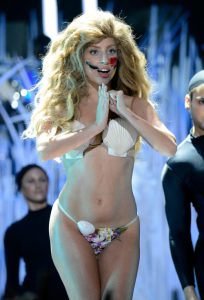 And revolutionize pop music she has, particularly in regards to performing live. In an era of lip-syncing and over-choreographed productions, Gaga has innovatively transformed the genre of ‘pop’ from the realm of the manufactured to genuine, raw emotion through a medium that has no genre; it’s just Gaga, uniquely suited to herself.

It’s hard to believe that Gaga has only really been on the scene since 2008, stemming from the release of her debut album The Fame. Since then, she has produced four (soon to be five) studio albums, and embarked on four worldwide tours. Tours that show that Gaga isn’t just a singer; she’s a performer. Each of her tours focusing on everything from her immense singing abilities, extreme theatricality, her multiple, iconic costume changes and syncopated dance choreography to express the sheer dedication she has to her craft.

And Gaga knows it. “I am quite literally chest open, exposed, open-heart surgery every night on that stage, bleeding for my fans and my music,” she says. “It’s so funny when people say ‘It’s amazing to see how hard you work.’ We’re supposed to work hard! I have the world at my fingertips. I am not going to saunter around on stage doing pelvic thrusts and lip synching. That’s not at all why I am in this.” Gaga continues, “I don’t feel spiritually connected to anyone in Hollywood makeup and a gown with diamond earrings on. I am just a different breed. I want to be your cool sister who you feel really connected with, who you feel understands you and refuses to judge anything about you because she’s been there.”

Not only does dedication consume Gaga, it also consumes her fans. Gaga interacts with her audience as if they’re family; Gaga as the ‘Mother Monster’ and her fans as her ‘Little Monsters’. Their comradery is displayed through Gaga’s ‘Little Monsters’ hanging on her every word, screaming in admiration at each costume change and feeling as one with the music as Gaga is.

Much like her influences, there will never be anyone that will match the artistry and uniqueness that is Gaga. She is the only one of her kind, and is undoubtedly going to influence countless musicians as Bowie and Prince did for her; especially in terms of the atmosphere of performing live.

Watch Gaga perform ‘Judas’ on her famous Monster Ball Tour in Sydney below.