Glowing reviews from Oasis’ 2015 debut had led me to have high hopes for the festival, however what we found waiting for us on the fringes of the desert surpassed my wildest expectations. Here lay an idyllic gathering that could not have been more fittingly described as an oasis.

One of the Friday night’s best performances came from Hunnee. Opening with a selection of tracks that invoked the spirit of carnival, he had the crowd stomping their feet from the start. A bold switch up into a sequence of deeper cuts with wierdo synth lines was effortlessly made, and later parts of a wide ranging set moved on to 80s dance records and later some harder hitting techno. The cool of the first nightfall at Oasis gave way to performances from David August, Bicep, and later Dixon, just a taste of what was to come. 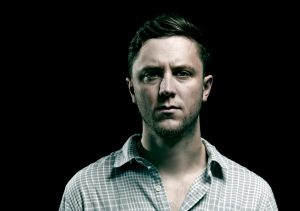 In a saturated festival market, stacking multiple headliner acts across stages can be a way to stand out, however, this has created a precedent for being confronted by innumerable stage lineups, each competing for your time and attention. I found that the simplicity of having just two stages at Oasis was refreshing. Smart programming meant there was still ample choice provided, although on Saturday night I was torn between the galactic sounds of Tale of Us at the oasis, and the inviting combination of George Fitzgerald and Leon Vynehall over at the arena. B.Traits’ set was another clear favourite from the Saturday. From blissed out tech house melodies to twinges of acid, the records were diverse and emotive. The Radio 1 regular finished strong with some rave-era rhythms and a celebratory spin of one of her own forthcoming tracks.

The laid back disco and house sounds of Motor City Drum Ensemble were perfect for Sunday relaxation, and granted a three and a half hour long set, MCDE had time to meander and digress as he shared his record collection as the sun set on festival’s final night. One interlude of Arabian records suggested that the notorious crate digger had taken some time to shop around in Marrakesh’s souks during his visit. A later highlight came from a record with an extended saxophone solo used as an interlude before cuing up some funkier cuts.

Following on came a live set from Omar Souleyman. The Syrian musician, once a wedding singer, drew a lot of attention with his blend of traditional vocals, delivered in his native tongue, underpinned by a bed of electronica. Souleyman’s set was ecstatic and jubilant, adding an authentic touch on the final night. 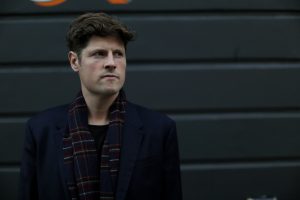 A switch up on the lineup saw Helena Hauff moved from the arena to the oasis, and sadly I was only able to catch the end of her set. Jeff Mills closed the oasis stage with distinctively alien synthlines that embellished the pace of his cold kick drums, whilst Mano Le Tough finished off the arena’s weekend with a set comprised of harsh warbles that gave way to four to the floor beats and later jittery melodies. Mano Le Tough conjured a mystical atmosphere as he worked away at the decks, framed in the booth by cacti-laced with LEDs, that created a phosphorescent silhouette.

The only area of the festival in need of improvement would be the management of the shuttle buses. Whilst the provision of free transport to and from a number of locations in Marrakesh was invaluable, the lack of a timetable was frustrating. Minibuses would only depart from hotels when their drivers deemed them to be ‘full enough’ and this meant that wait times could vary wildly from no time at all to upwards of half an hour, depending on the time of day, making it difficult to time arrivals on site to coincide with particular artist’s set.

Oasis Festival was a fantastic reflection of the camaraderie of the global dance music community. The international appeal of the lineup, and stunning setting had brought together a mix of European clubbers, with local enthusiasts, as well as Americans and Australians to rub shoulders on the dancefloor. Oasis’ setting was totally befitting of its name, and positioned in September at the close of the hectic festival season, the relaxed approach to partying was therapeutic but by no means subdued.