Read more
You are at:Home»Film»Cinema»Review: The Northman – Historical epic goes above and beyond
By Michal Delost on April 23, 2022 Cinema
80%
80
Piercing

Robert Eggers' first foray into big budget filmmaking is as beautiful as it is brutal.

Since news first broke of a Robert Eggers Viking epic coming to cinemas, there were whispers, murmurs and unspoken questions about the incongruity of the director and the subject matter. People were curious, concerned even. Being one of the most exciting new American-indie horror masters, why is the director of The Lighthouse and The Witch making historical bloodbath films?

The Northman was produced on a budget of over six times the combined budget of Eggers’ previous two features. It certainly looked the part. The landscapes of ninth century Iceland are a sublime background for the unraveling tale. The viewer is treated to the expected, yet all the same, glorious long shot montages traversing the rugged terrain, from the cold sea-shores up to a festering volcano. There is time for intimacy and domesticity in this land too, as the indoor spaces are just as eloquently constructed, just as prone to violence.

This revenge thriller follows the genuine Scandinavian legend of Amleth (Alexander Skarsgård), a prince hell-bent on avenging his father, saving his mother, and killing his uncle Fjölnir (Claes Bang), after the latter tore Amleth’s family apart. Familiar? Shakespeare used the legend for Hamlet’s plot. Through the eyes of an almost ditsy ‘pup’ Amleth, we experience the tragic set-up to a man who will dedicate his life to killing anything that comes in the way of his fate. On the way there, we see some astounding displays of brutality and gore, with a good balance of leaving it to the imagination as well as relishing in it. One stand-out moment was Amleth repeatedly headbutting a mountain-man until suddenly his face is covered in red, leaving us with a haunting, imaginary spectacle of violence. 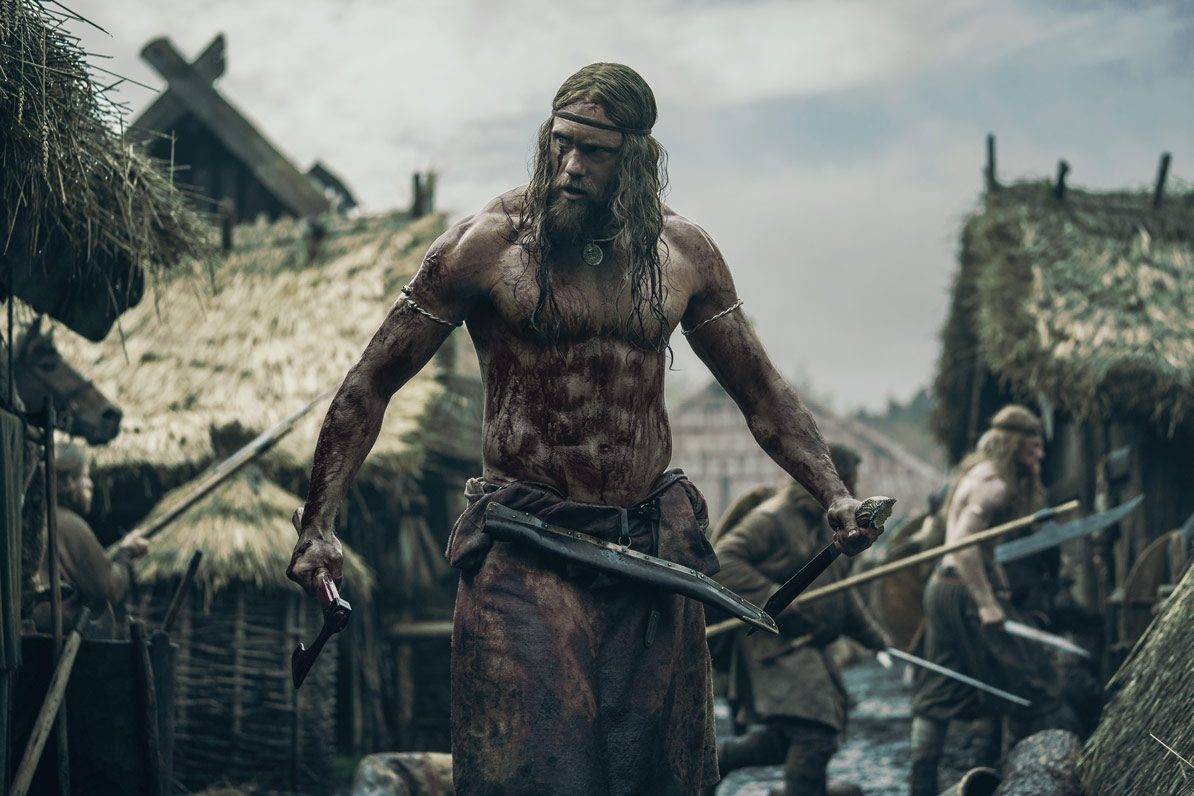 Those who want their fill of the spiritual or paganic imagery will have a field day, as the production design caters to both the spectacular and the accurate, though not to the full extent of obstructing entertainment. There is a genuine empathy felt for Olga the Slavic witch (surely a subtle head-nod with Anya Taylor-Joy’s casting) when her beliefs and background are shunned by her slave-masters, but maintains this belief that Amleth will reach the revered Valhöll.

Of course, fate is not so clear cut. Amleth’s verve is never tested, but his understanding of fate is pushed to a tipping point. The climax is a tense, mirror-turning moment where years of dedication, trauma, and hatred are on trial. Does this man really know only war? Anya Taylor-Joy, Nicole Kidman (as Amleth’s mother), and Claes Bang make for an outstanding supporting cast, each offering exciting and varied perspectives that keep the story fresh. It is only a shame that this cleave in the narrative is not stressed further to make the plot a little more complex.

Eggers, with his penchants for historicity and damaged psyche, does a good job here. Close-quarter combat, shot tightly and up close between slaves and princes, never once concedes the intimate in favour of the grand, nor vice versa. It is a film that strikes a good enough balance. You may find yourself looking at Alexander Skarsgård, dressed in a wolf pelt and howling at the moon, and think he is something between human and beast. Maybe it is not such an easy division.