Read more
You are at:Home»Film»Cinema»University of Southampton Student Film Festival 2016: The Final Round-Up
By Matt Clarson on March 18, 2016 Cinema, Film

Tuesday 15th March was the first annual University of Southampton Student Film Festival. Sponsored by The Edge and in association with Wessex Films, and presented (and pretty much entirely put together) by Wessex Film President Pippa Short and The Edge Film Editor Ben Robins, the festival saw filmmakers and film-lovers come together to celebrate student film. Fourteen films and eight prizes later, the whole thing was pretty damn good. Featuring a wide and varied selection of films, from Jack Gracie’s dark comedy Milkshake to Harley Mitford and Penn-Lea Lim’s TV pilot 17 Brighstone Close, along with copious amounts of wine, the only thing the evening wasn’t lacking in was quality. 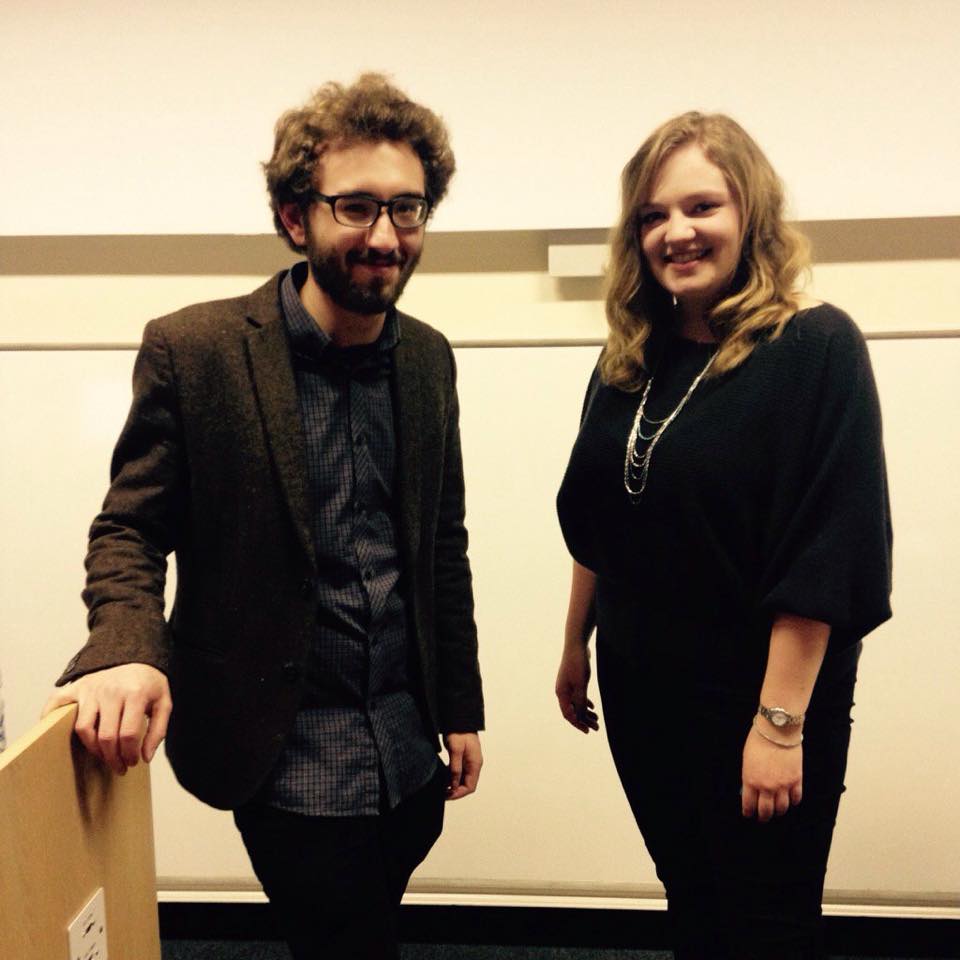 We had the insights into the troubles of a creative genius in Paws for Thought, a descent into madness and organised crime with Georgina Morgan’s A Problem with Nuts, a group of friends torn apart by greed in The Bag, and a man being mugged by a gang of mimes in Crimes of Silence. If that doesn’t tickle your fancy, fear not – there’s always Opening Doors, a meditation on the meaning of life, or Watch­­_Dogs Vigil, an action thriller inspired by the video game of the same name. A music video in Butterfingers, or a documentary of superb quality in William Garside’s Radar: Britain’s Shield, or a comedy horror like Crawler in the Kitchen, or an actual horror, like Emily Llewyn’s You Know That Feeling, or one man’s strange day indoors in Creative Fighting, or Leo Barton and Iman Bahmanabadi’s heart-warming Cycle. 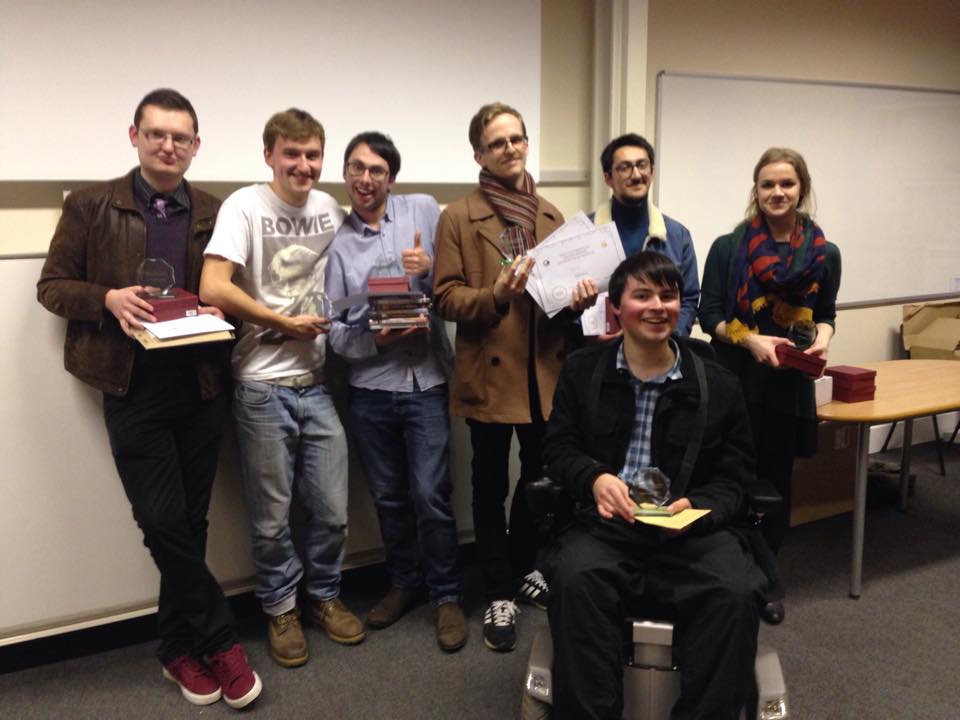 All of the festival’s award-winners

It turns out that filmmakers can do awful lot without a big, expensive production, and still turn out brilliant films. Seriously, a couple of these films are better than actual, professional ones, and they were made by what amounts to a couple of guys with two tin cans and some string (because it’s not what you’ve got, it’s what you do with what you’ve got that makes your work good). If the Film Festival does nothing else, it serves as a concrete example of how great student filmmaking can be.

As good as all the films were, some of them had to be better than others, with the festival’s eight awards recognising achievement in various aspects of the filmmaking process. All of these awards (apart from the Audience Award, for obvious reasons) were voted on by a panel of judges including the aforementioned Mr. Robins, two members of the University of Southampton Film department (Professor Lucy Mazdon and Dr. Mike Hammond), and alumni of the university who now works in the industry (Jonny Ramsay – for Universal Pictures, no less). Without further ado (apart from all the further ado), here are the awards and their winners: 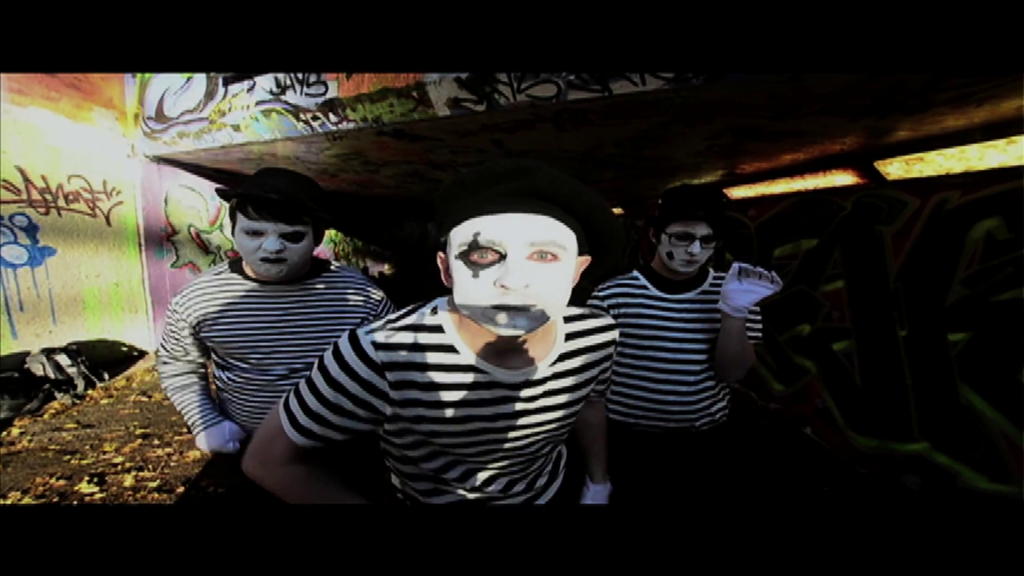 Best Sound and Music: Won by Harley Mitford for Crimes of Silence. Being essentially a silent film (it’s about mimes, famously not a talkative bunch) Crimes of Silence relies heavily on not just its score – the kind of jaunty, accordion-y, “French” sounding music that can only accompany mimes – but also the use of sound design and mixing throughout the film. On both counts Harley delivers with aplomb, his efforts forming many of the film’s punchlines and being a large part of what made it as good as it is. 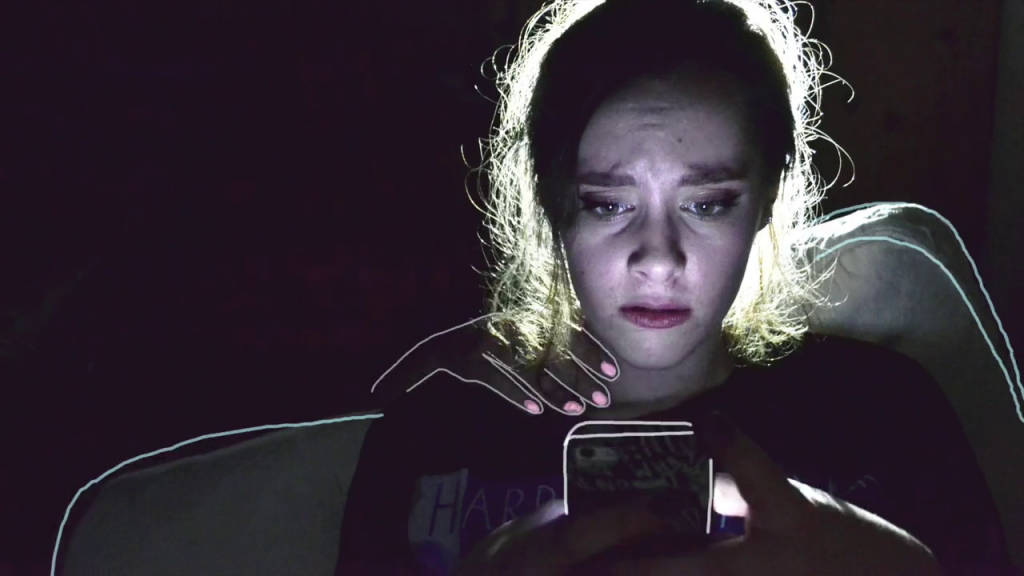 Best Editing: Won by Emily Llewyn for You Know That Feeling. As with the previous award, it’s the editing more than anything that makes this film, the shortest (and by far most inventive) entered in the festival. Comprising entirely of stop-motion, single-frame animation, the film expresses the lingering feeling that comes from watching a horror film: that the monster is real, and it’s hiding in your house. Also, fun-fact, this is one of the only films in the festival that didn’t come from any of the creative societies (Wessex Films, SUSUtv, etc.). 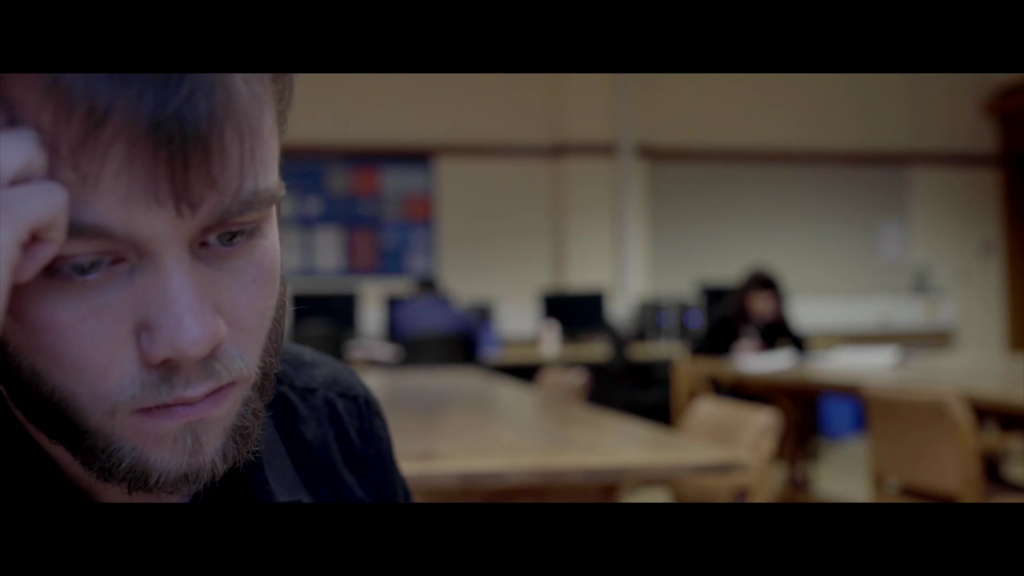 Best Cinematography: Won by Leo Barton for Cycle. Pretty much hands-down taking the title of the bestest of the films (see below, where this wins, like, all the awards), this quiet, sweet little film about a guy’s pursuit of romance features some subtle use of the camera to move the story along, for which Leo deserves all credit. 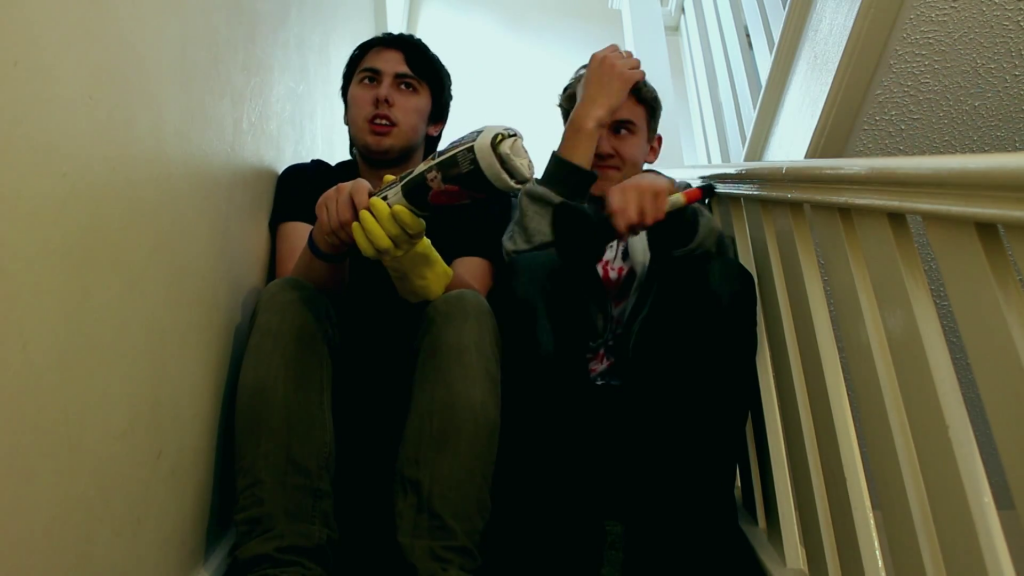 Best Acting: Won by Thomas Davies for Crawler in the Kitchen (and 17 Brighstone Close, and Creative Fighting, and The Bag, and Milkshake, and Crimes of Silence). The festival’s most prolific actor (and at this rate probably the country’s) offered up some pretty decent range, going from mime to drunk to hardened criminal. But it’s in Crawler in the Kitchen that he shines, displaying not only his range in the short-film itself, but also his brilliant comic timing, as he and his housemate do battle with an overly aggressive spider. 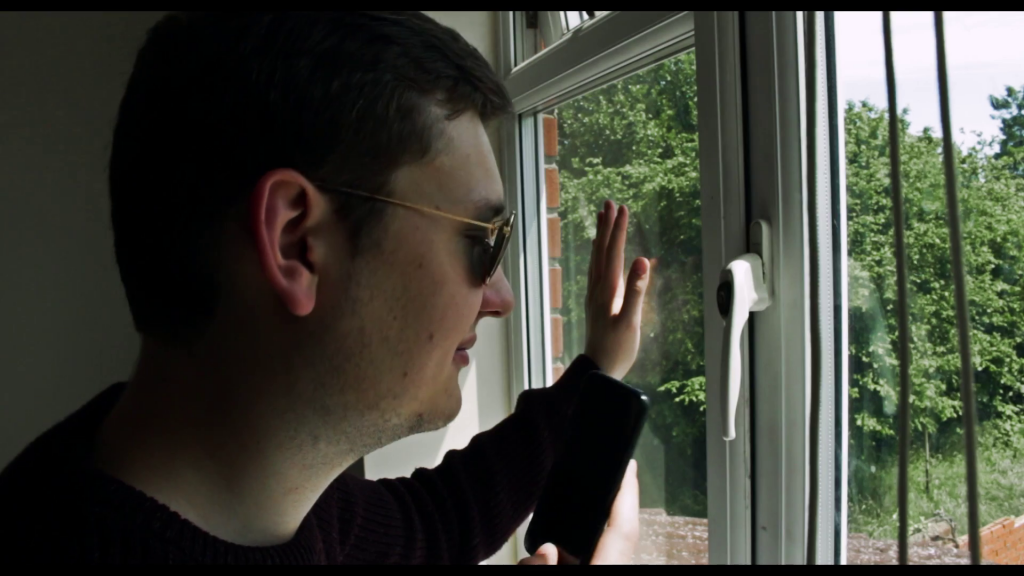 Best Screenplay: Won by Edward Till for Creative Fighting. Another of the festival’s more well-used actors wins his award for writing, delivering not only a comic look at one man’s search for comedy, but also creating four distinct characters over the course of a twenty-minute film (five if you count the hooker). 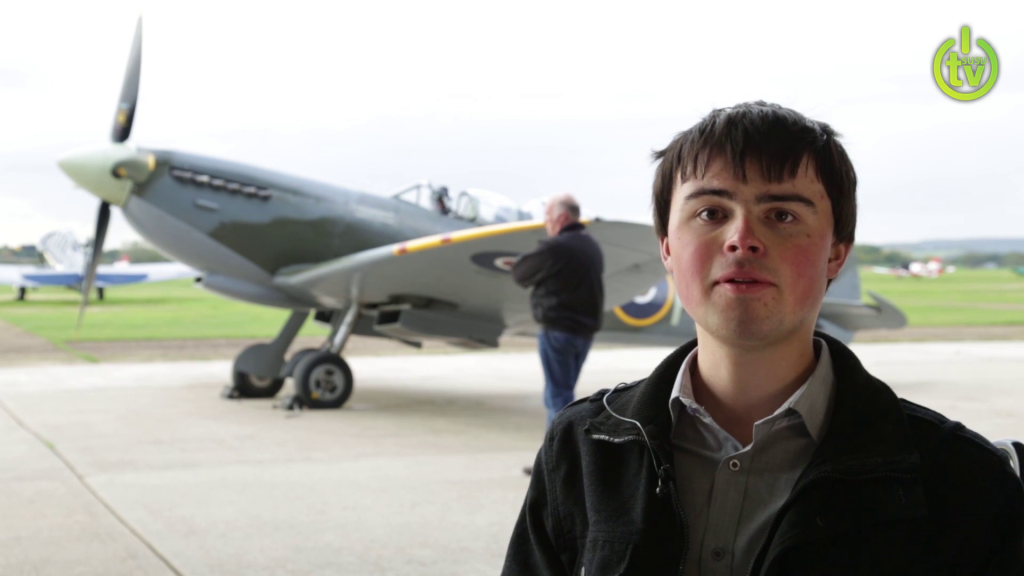 Best Direction: Won by William Garside for Radar: Britain’s Shield. The festival’s only documentary is also its most polished film, with William’s look at the Battle of Britain and the importance of the development of radar in deciding the Second World War. Blending interviews, historical footage, and action shots together, William has not only made a concise and engaging exploration of his topic, he has produced a film that would honestly not look out of place on the BBC.

Audience Award: Won by Leo Barton and Iman Bahmanabadi for Cycle. I told you this would pop up again. Just beating out Emily Llewyn’s You Know That Feeling and Red O’Sullivan’s The Bag, Leo and Iman’s film captured the audience’s heart because, frankly, it’s just that good. Fun-fact – Leo and Iman actually submitted eight films to the festival, with just this and Opening Doors being shortlisted. If you want to see the rest (and you should because they’re good), you should check out their YouTube channel here. 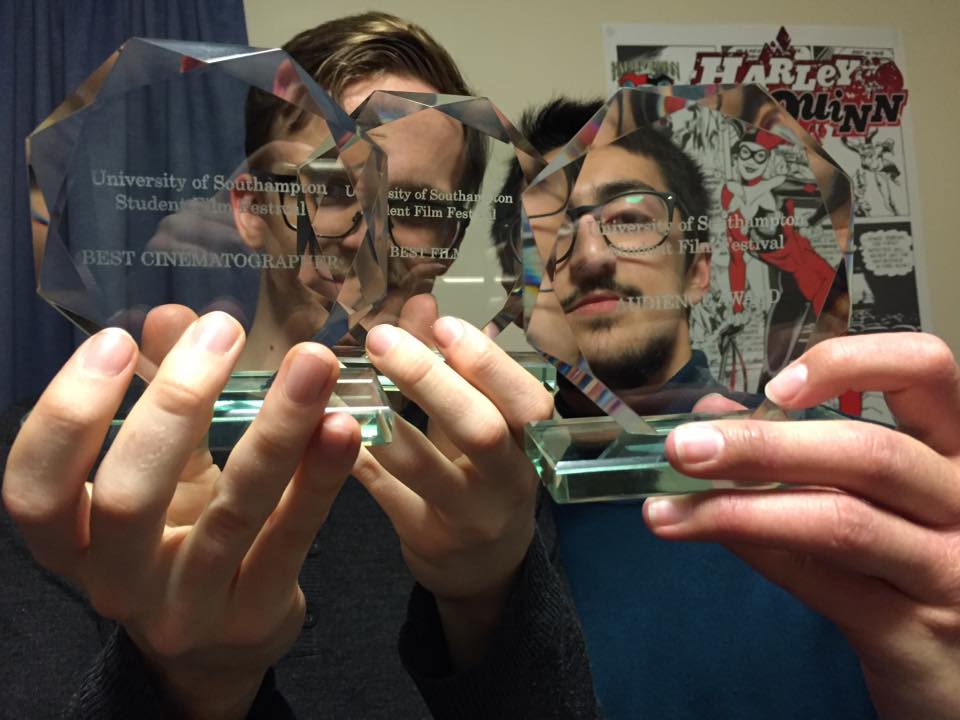 Best Film: Won by Leo Barton and Iman Bahmanabadi. Yeah, these guys again. You’d think there’d be nothing left to say about Cycle at this point, but I’ve cleverly avoided really getting into it just so that I can do that now. As the winner of Best Film should, Cycle sees all the various parts of cinema coming together to make something brilliant, from its score, to its acting, to its editing and cinematography, all the way through to direction. Exploring a familiar idea with original execution, Cycle is simple without being simplistic, which is a hard thing to do, but one that makes for some of the best films.