Known to many as the face of the culturally, critically, and commercially successful Brokeback Mountain, to others as the breakout name of cult classic Donnie Darko, and to most as one of the most prolific and sought actors of our time, Jake Gyllenhaal has a lengthy career both behind and in front of him. Now, with the release of Daniel Espinosa’s sci-fi thriller Life, which Gyllenhaal fronts alongside Ryan Reynolds and Rebecca Ferguson, we take a peek at his most critical and career-defining films. 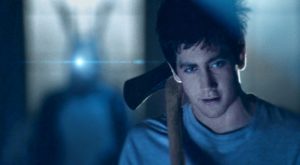 Starting out at a mere ten-years-old in the 1991 comedy City Slickers, Gyllenhaal starred in several films over the next ten years, including October Sky, his first starring role. But it was 2001 which marked the year Gyllenhaal hit the big-time, with sci-fi drama Donnie Darko. Starring as a troubled teenager struck with doomsday-esque visions, Gyllenhaal was praised for being “undoubtedly right for the part,” as one Guardian review remarked. Fifteen years on, and the film is still one of the most successful and iconic cult classics to have graced the silver screen.

After nearly being cast as Spiderman in Spiderman 2, Gyllenhaal rose to mainstream success with 2004 disaster hit The Day After Tomorrow before relocating to the stage for a short spell. “Every actor I look up to has done theatre work, so I knew I had to give it a try,” he explained, before heading back to the big screen for one of his most celebrated years of cinema: 2005.

The year saw him take on Proof, Jarhead, and Brokeback Mountain, pushing him well into the realm of acclaimed Hollywood heroes. Playing a sheep herder engaged in a controversial sexual relationship with Heath Ledger’s Ennis Del Mar, Brokeback Mountain was released to unprecedented critical acclaim, raking in $178.1 million from a $14 million budget, a myriad of accolades including three Academy Awards, and a “very unique fanbase” which Gyllenhaal referred to as during his 2007 stint as host of Saturday Night Live. Shortly after the 2006 Academy Awards, Gyllenhaal was also invited to join the Academy in recognition of his talents. 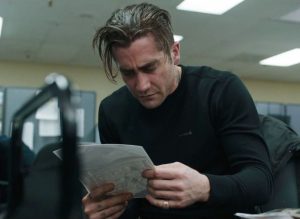 After starring in David Fincher’s Zodiac before Love and Other Drugs opposite Anne Hathaway and End of Watch, Gyllenhaal chanelled his inner grit to play Detective Loki in underrated thriller Prisoners, Denis Villenueve’s first major picture. Starring opposite Hugh Jackman and Paul Dano, Prisoners follows Loki and Jackman’s Keller as Keller’s daughter and her friend are kidnapped, leading to an intense third act to rival that of the most celebrated thrillers of recent years, and headed almost completely by Gyllenhaal’s commitment to character.

Excelling as the socially inept Louis Bloom in the acclaimed Nightcrawler, earning him another Academy Award nomination, Gyllenhaal has since paved a seemingly effortless way through the silver screen. 2015’s Southpaw and Everest garnered him more success and 2016’s Nocturnal Animals saw him hit once again with a wave of commendation. With 2017 seeing him star in an admirable three prominent films, will this year be another major success to add to the ballooning list?

The films to watch: