I owe you a lot. Like a lot, a lot. This isn’t coming from a film student, but from a little three-year-old who showed her first signs of emotion towards fiction whilst watching E.T. the Extra Terrestrial in 1999. A little girl who had her teary eyes opened to not only the wonder that something else could be out there, but the wonder of film itself. And that little girl was me.

Fast-forward three years and I see Back to the Future for the first time. Obviously, you didn’t direct the film. But, you had enough faith in Robert Zemeckis and Bob Gale after Romancing the Stone to produce what would become my favourite film and one of the best films (and trilogies) of all-time. Six-year-old me sat in front of Back to the Future and told herself, ‘I wanna do THAT’. Whatever ‘that’ entailed, it was undeniably something to do with film. And here I am, ten years later, in my third year of studying film at university. This is all thanks to you, buddy. 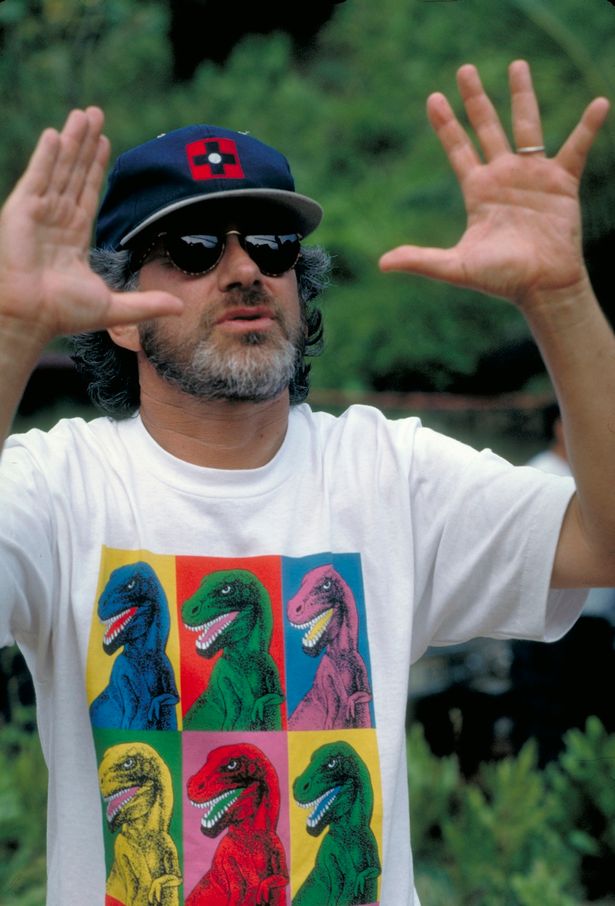 Studying film has led me to discover things about you that you probably know all too well… not everyone likes you. Each to their own, but I think it’s a damn shame that some people need to vilify you for being a ‘blockbuster’ filmmaker. Sure, you practically invented the summer blockbuster with Jaws, but you put so much effort into your filmmaking that it’s always been unique to the commercial Hollywood sphere. Whatever film it is – and however bad some may be (I’m still not forgiving you for Crystal Skull, as much as I love you) – your undying love for cinema and filmmaking shows through in multiple facets. Even through producing films like Back to the Future and Poltergeist you can tell that you had some involvement in the process.

And man, do you have perseverance. You’ve been in the game for more than four decades, and have managed to change the landscape of cinema as we know it, both in Hollywood and worldwide. And through those films you’ve spread imagination and the sense of adventure like an alien virus. A kind, well-needed alien virus that infected three-year-old me and is still potent in my veins all these later. You’ve described yourself as feeling like an alien when you were a kid, a sentiment that I too agree with. And through that, you expressed an interest in the possibility of extra-terrestrial life and science fiction itself – again, as I did when I watched E.T. for the first time.

From Jaws to Close Encounters of the Third Kind to Jurassic Park, each and every film you were involved with marked a certain point of my life. My imagination sky-rocketed in those early years re-enacting scenes your filmography: wreaking havoc around my house whilst emulating my best Ian Malcolm and Indiana Jones guises, claiming every dinosaur and space-related item I could get my hands on, marvelling at Robin Williams performance in Hook and, much to my parent’s annoyance, talking along to your films whilst watching them on my overused VHS tapes.

Since the 2000s, you’ve gone down more of a depressing, less sentimental film trajectory. From the terrifying alien invasions of War of the Worlds to the Soviet Union fuelled drama Bridge of Spies, I miss your sense of wonder and optimism that even shone through your earlier terrifying films like Jaws and Jurassic Park. However, recent events have given me hope.

In 2011, a little book about a teenager in an augmented virtual reality caught my attention. Ready Player One thrust me into my dream world, full of 80s film, television, music and game references that I could constitute as my idea of heaven, subsequently becoming my favourite book of all time. With that novel being the love of my life, with it came the age-old question: If Ready Player One were to be adapted into a film, who would direct it? Of course, you came to mind straight away. My favourite director adapting my favourite book to film. That would be too much to ask though, right?

I don’t know if you sensed this or read my mind (I wouldn’t put it past you), but by some miracle you ended up signing on to direct it. Not only that, but my favourite film composer (and yours) John Williams is composing the score, alongside a slew of actors and actresses that I had imagined as the characters (i.e. Olivia Cooke, T.J. Miller and Simon Pegg) starring in the film. I mean, how lucky can a girl get?

So, I thank you, Steven Spielberg. From causing my first traumatic experience with E.T. to adapting my favourite book to the big screen. I’ll leave you with this: Don’t listen to the haters. There are three-year-olds like me out there that have or will discover your films, and they’ll be forever grateful like I am. They’ll be indebted for life, and will have no qualm about it.