Your name itself brings around a feeling of certainty in the film industry. If you’re in a film, then there must be something to it.  For me, it has been like this for years. Your presence is one of the few which are honest and constant in a wild world where celebrities try to catch the public eye (not a difficult prey, really) with anything else but what they are supposed to be known for. I know some actors mainly because of their public scandals, thunderous love lives or eccentric style. But with you, it’s different.

I know you because of those films you made in the past three decades, films that are set in stone as masterpieces. When I hear the name Tom Hanks, I involuntarily hear your voice calling for the lost Wilson in Cast Away (2000), in one of the most heartbreaking scenes I’ve ever seen. I remember being in awe for more than half an hour after Forrest Gump had finished, I remember being moved to tears by your performance in Saving Private Ryan (1998), I smile when I think about a very young you being in love with a mermaid in Splash (1984)…(you probably get the point so I won’t go on, but I definitely could).

That’s why the world knows you and loves you. The diversity of roles in dramas, thrillers, comedies, animated films and fantasies sets your career apart as one of the most admirable in Hollywood. You’re the second actor in history to win the Oscar for Best Actor in a Leading Role two years in a row for Philadelphia (1993) and Forrest Gump (1994). You have another 3 Oscar nominations and 5 Golden Globes in 8 nominations to your name. 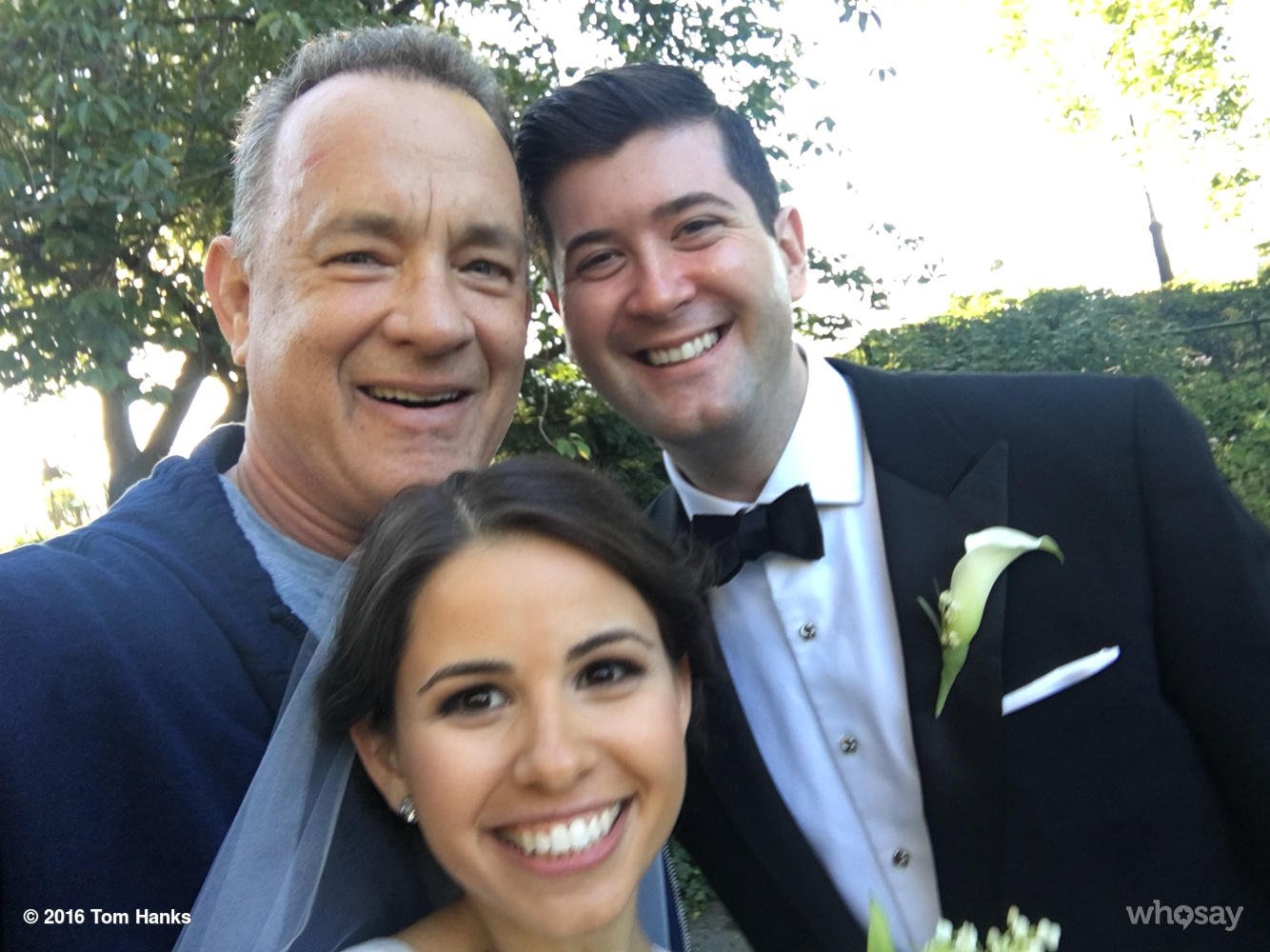 However, your name comes up with another title: ‘the nicest guy in Hollywood’. That’s another reason why the world loves you so much. You’re the guy who came across a couple as they were taking wedding pictures , the guy who starred in Carly Rae Jepsen’s music video for ‘I
Really Like You’ (to my surprise and absolute delight), the guy who made everyone laugh as David S. Pumpkins this Halloween. At 60 years old, you’re bringing more happiness into this world than us teenagers, and this makes me appreciate you even more (and ask myself some questions).

Your social media profiles gives us a glimpse into how wonderfully normal you are. Taking pictures of lost gloves for almost four years now (honestly, you have quite an eye for detail), and releasing a typewriter app (’cause it’s like music that spurs along the creative urge‘) wouldn’t be my top picks for what an Oscar-winning actor would do in his spare time, but it makes you seems less otherworldly, it brings you closer to us.

You’re an inspiration. You’re a feminist, an environmentalist, a father, a husband and one of the most amazing actors Hollywood has ever seen. Simply thinking that you can give such jaw-dropping performances and be a perfectly normal, nice man with sterling morals motivates me and encourages me to look towards greatness. And from all my heart, I thank you, Mr. Hanks, for everything you have given us and for everything you still have to give.