Oh bless you. With the news that you are finally back on the dating scene – and with one of the most famous women in the world to boot – I’m betting it’s a pretty hectic time for you at the moment. In all honesty, I can’t say I reacted to the phenomena that is ‘Hiddleswift’ as well as I might have liked to – but that’s not why I’m here. This is not a grovelling, pathetic rant about why ‘if you wanted a 20 something who likes cats, you should have picked me’ (even though the closest I’ve ever been to you is Row C of the Nuffield Theatre). I’m here because I feel that with this intrusive revelation, the world’s media isn’t treating you as it should. I mean for heaven’s sake; you’re a RADA trained, BAFTA nominated actor, who has appeared in one of the biggest franchises in the history of cinema, and all they care about is how much you spent on the shoes you wore at that beach. Well, I may not ‘ship’ you and Taylor, but let me tell you – I appreciate the hell out of your abilities as an actor. 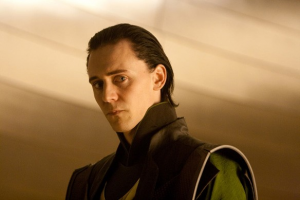 Like the majority of audiences, I first discovered your talents in the Marvel Cinematic Universe, wherein you have made an indelible mark as everybody’s favourite villain, Loki. Before you and that horn-helmeted mischief-maker turned up, I think it’s safe to say that Marvel’s villains were pretty average. With the exception of maybe Magneto (who technically belongs to 20th Century Fox anyway), the villains before Loki were… perfectly functional in their antagonistic roles, but they were nowhere near as multi-dimensional as your characterisation. Now don’t get me wrong, Loki can be vicious; manipulative; cunning; cruel even… but he also has a vulnerability like no other. And the way you play to this emotional antithesis, bringing the character’s torn and anguished insecurities to light in the subtlest of ways, is just phenomenal.

When I think of Loki’s motivations, the scene from Thor in which he discovers his true parentage, always comes to mind in the most powerful way – I truly think that is your best Loki scene, Hulk-smashing aside. The horror and the desperation that you evoke as you spit the words: “Because I-I’m the monster that parents tell their children about at night?” is just so hauntingly potent. And of course, as the God of Mischief, you have also managed to still, despite the aforementioned trauma, bring a sense of darkly coated humour to the role that fans have lapped up with abandon. For this, you should be immensely proud and I have no doubt that when you return to the role in Thor: Ragnarok, we will be just as loco for Loki as we are now. If not more so. 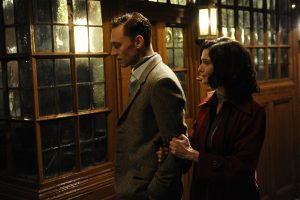 But of course, you’re not just Loki. Though your other roles are perhaps a little more subdued, they have still been consistently engaging. One of your most underrated roles is as Rachel Weisz’ lover, Freddie Page, in Terrence Davies’ The Deep Blue Sea. Though we are with Weisz’ morose Hester Collyer for the majority of the film, your inter-dispersing appearances as the dashing, yet tormented RAF veteran are electric. One minute, Freddie is a deeply passionate and romantic man, who arrests Hester with his charm. But then, quite suddenly, his temperament manifests into something far more incendiary, as he spits out angry acronyms (“FUBAR: Fucked Up Beyond All Recognition!”) and charges out of rooms in a fierce rage. As with Loki, you balanced the emotional antithesis of the character brilliantly, whilst also bringing an Errol Flynn-like presence to the film.

It’s funny, but you seem to play psychotic gentlemen rather well. In both Crimson Peak and the more recent High Rise, you’ve played characters who possess both an archaic, grand sort of nobility and a fiercer, far less civilised inner nature. In High Rise particularly, the evolution of Robert Laing is quite something to behold, as he goes from respected Doctor to slightly crazed, dog-eating survivor. The supermarket scene, in which he bludgeons a man with a tin of paint before semi-comically declaring “IT’S MY PAINT” is a personal favourite. Moving away from the psychotic gentry to a slightly different, but no less noble character, I also very much enjoyed your performance as Adam in Jim Jarmusch’s Only Lovers Left Alive. Playing this depressed, bohemian vampire was a little different to what you’d done before, but you owned it and the chemistry between you and Tilda Swinton’s Eve was incredibly potent.

There are dozens of other performances you have made that I could speak at length about – from your recent turn as Jonathan Pine in The Night Manager, to your short but powerful appearance in War Horse. I could even sing praises about your voice role in The Pirate Fairy (It would be to some embarrassment on my part, since I really don’t think I was in that film’s key demographic…), but I think I’ve made my point. If there’s going to be a reason that you’re so talked about at the moment, I honestly believe it should be about your abilities as one of the best actors of your generation – and not just on how your talents pertain to you potentially taking on Bond either. (You’d be great, obviously, but talk about pressure!)

So there you have it; I do hope you’re happy in your personal life, but more importantly, I hope you keep dazzling us onscreen with your immense talents (and on occasion, your very lovely bottom) for many years to come.