There are very few people in the entirety of art that have never put a foot wrong. There are even fewer who have managed to do so whilst attaching their names to as many projects as John Williams. However, out of the entirety of his dizzying discography, there is perhaps nothing more celebrated than his work for the Star Wars saga. Even his score for the much maligned prequel trilogy was magnificent. In fact, it’s pretty safe to say that Williams’ music was by far the best thing about those films. So whilst it would be an overstatement to say that the soundtrack for The Force Awakens was as anticipated as the film itself, it certainly had a lot of hype to live up. 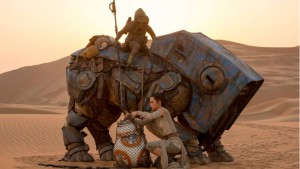 With such lofty expectations placed upon his shoulders, Williams has once again gifted us with another thoroughly enjoyable audio experience, albeit one that hasn’t been able to please everyone. You see, Star Wars fans are a funny bunch and by ‘funny bunch’, I mean they can be irrational, aggressive, averse to change, averse to a lack of change, and overly protective of ‘their’ films. So when they decided that John Williams wasn’t meeting their astronomical expectations with The Force Awakens, their responses ranged from mildly irate, to downright hostile. Williams may well have delivered more great work, but for some people that’s not enough.

One of the biggest and most controversial changes was with the orchestra itself. The vast majority of Star Wars music up until this point has been performed by the London Symphony Orchestra. Unfortunately, Williams was unable to record in his usual studio or with his usual team for The Force Awakens, and instead employed the use of a freelance orchestra. According to some fans, this has resulted in a vastly inferior sound. Even to an untrained ear this is perceptible to a degree, not that you would notice in the context of the cinema, being wrapped up in both the excitement of the moment and the blaring volume of the speakers. When listened to in isolation however, the opening theme does appear to have a slightly flatter sound than before, and is lacking some of its original force and power.

Outside of this, the other major criticism levelled at the soundtrack is that there is a lack of new and memorable material, particularly when compared to the wealth of distinctive tracks of the original films and yes, even the prequels. Whilst it is true that there is nothing here to rival ‘Duel of the Fates’ or the legendary ‘Binary Sunset’, that doesn’t necessarily equate to a bad soundtrack. After all, those are some monumental shoes to fill. Probably the biggest in all of film actually. 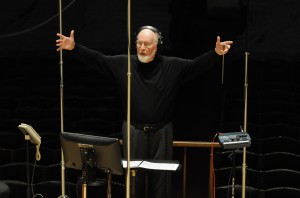 Part of the reason for this is actually the film itself, which marks a substantial change of pace for the franchise. In the past, there was time for more reflective moments which would rely more heavily on the music. Conversely, in The Force Awakens everything is moving at a mile a minute, giving Williams little to do besides score action music, which is then buried beneath the sound of tie fighter engines and explosions. Meanwhile, if something isn’t blowing up, then the characters are engaging in snappy back and forth dialogue, meaning that there’s little opportunity for Williams to really take the centre stage as he did in the past.

Still, regardless of whether there’s anything here that will instantly attain iconic status, each and every track is great and not only that, but it all exudes a properly authentic Star Wars feeling. And even if they’re less attention grabbing than some of Williams’ past work, the new themes are generally interesting.

Special mention should go to ‘Rey’s theme’, which reoccurs in leitmotif form in tracks like ‘The Scavenger’. If any new musical phrase from the film is going to stick in your mind, it’s likely to be this one. Utilising a sweet and catchy melody, the track is the perfect encapsulation of the adventurous and spirited attitude of the heroine, a sentiment that is further articulated through the use of playful, almost Harry Potter-esque steel percussion. Where other tracks bring out all the different sections of the orchestra to evoke a sense of scale and epicenes, this one conspicuously relies on only one or two instruments at a time, which oddly enables it to be the most noticeable piece. It’s a very optimistic theme and one that will hopefully be mined for further emotional effect, as it adapts and evolves along with Rey herself in the sequels. 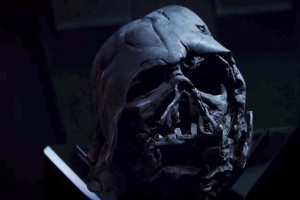 The other standout motif is of course Kylo Ren’s. Obviously his theme is nowhere near as impressive as his (SPOILER ALERT) grandfather’s, but that kind of goes without saying. Nevertheless, every time Ren is on screen, the music steps up a gear. Be it with the suitably imposing ‘Kylo Ren Arrives at the Battle’, or in the climactic ‘The Ways of the Force’, it is that rare thing; villain music that actually feels scary. This is best exemplified in the positively excruciating ‘Torn Apart’. It’s worth taking notice when a piece of music manages to be this tense without the accompanying images, but ‘Torn Apart’ achieves it and then some. After 80 seconds of reassuring emotional calm, a repeating violin section unrelentingly escalates in tempo, volume and pitch, constantly denying a sense of closure or relief. Each time you think that it has surely peaked, it keeps on getting darker and darker, a perfect reflection of the film’s most upsetting moment. Williams earns his Oscar nod with this brilliant track alone. If only other composers knew how to score villains this well.

The last new piece worth mentioning is ‘March of the Resistance’, which has a definite Last Crusade feel about it, and  is certainly the most rousing addition to the soundtrack. Every other piece is of a high quality too, but there is a feeling that there could have been more. A new ‘Imperial March’. A new ‘Duel of the Fates’. Something that could attain that same high status as those pieces from Williams’ back catalogue. We know he’s more than capable of it.

And yet, in spite of this major criticism, The Force Awakens soundtrack still emerges as one of the best of the year. It’s revealing of just how immense the musical legacy of Star Wars is, when one of its weakest soundtracks is still better than most of the others out there. There are very few scores that I could criticise this harshly and yet still recommend so highly, because what’s there is indeed very good. There just needs to be more of it. What we end up with is a brilliant score from one of cinema’s, and indeed history’s greatest artists, with clear room for development. But in a way, that potential for improvement just makes the future of the series even more exciting.