Read more
You are at:Home»Film»In Anticipation: Avatar 2
By Jacob Hando on March 24, 2022 Film

If film history has taught us anything, it is never bet against James Cameron. With Terminator 2, Titanic and Avatar blowing people’s expectations (and wallets) out of the water, the man has deserved the title of King of the Blockbusters. Avatar 2, set for a December 2022 release, has been criticised for being years too late, for being an unneeded sequel to a Marmite film and for being repeatedly delayed. To all those people I only have two polite words: think again. 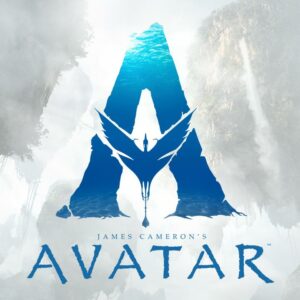 Cameron’s art for underwater photography is about to reach its zenith with Avatar 2, a film that promises more earth-shattering effects with its focus on underwater motion-capture and aquatic ecosystems. Intriguingly it shares a release date with fellow oceanic epic Aquaman 2, but watch Warner Bros back off that release once the hype for Pandora returns. The long delays for the film will only highlight how immersive a cinematic experience this will be, one with the scale and epic filmmaking that is lost on almost every other director working within blockbuster pictures. Pandora is a beautiful world with unique flora and fauna, and audiences around the world will want the same escapism they had back in 2009.

Working in its favour is, ironically, how ‘forgotten’ Avatar is. For the highest-grossing film of all time, it is not spoken about much. This works enormously in Avatar 2’s favour to be a financial juggernaut as people do not have fatigue towards this franchise and the same word of mouth will definitely come in clutch again. For 2022, the definitive blockbuster spectacle will come from James Cameron and his lanky blue aliens, hopefully, served with a better script than before and a planet’s worth of new adventures. Long live the King.

Watch the trailer for the first Avatar film below: