Read more
You are at:Home»Film»Features»Post-Mortem: The Last Duel- It Deserved Better
By Jacob Hando on December 5, 2021 Features, Film

October proved an immensely successful month for cinema: No Time to Die climbed into the UK’s all-time top five grossing films, Venom 2 breezed through to a pandemic best opening weekend, Dune secured a sequel and in China The Battle at Lake Changjin made an eyewatering $858 million alone (at the time of writing). It was a month of relief to see the box office back. But admist all of these huge releases, 20th Century Studios’ The Last Duel became a sacrificial lamb, opening on October 15th to a weekend gross in the USA of $4.8 million, a shocking sum when considering its nine-figure budget. It is one of the biggest box office bombs of the year, a sad notion in view of the film’s quality. What went so wrong? 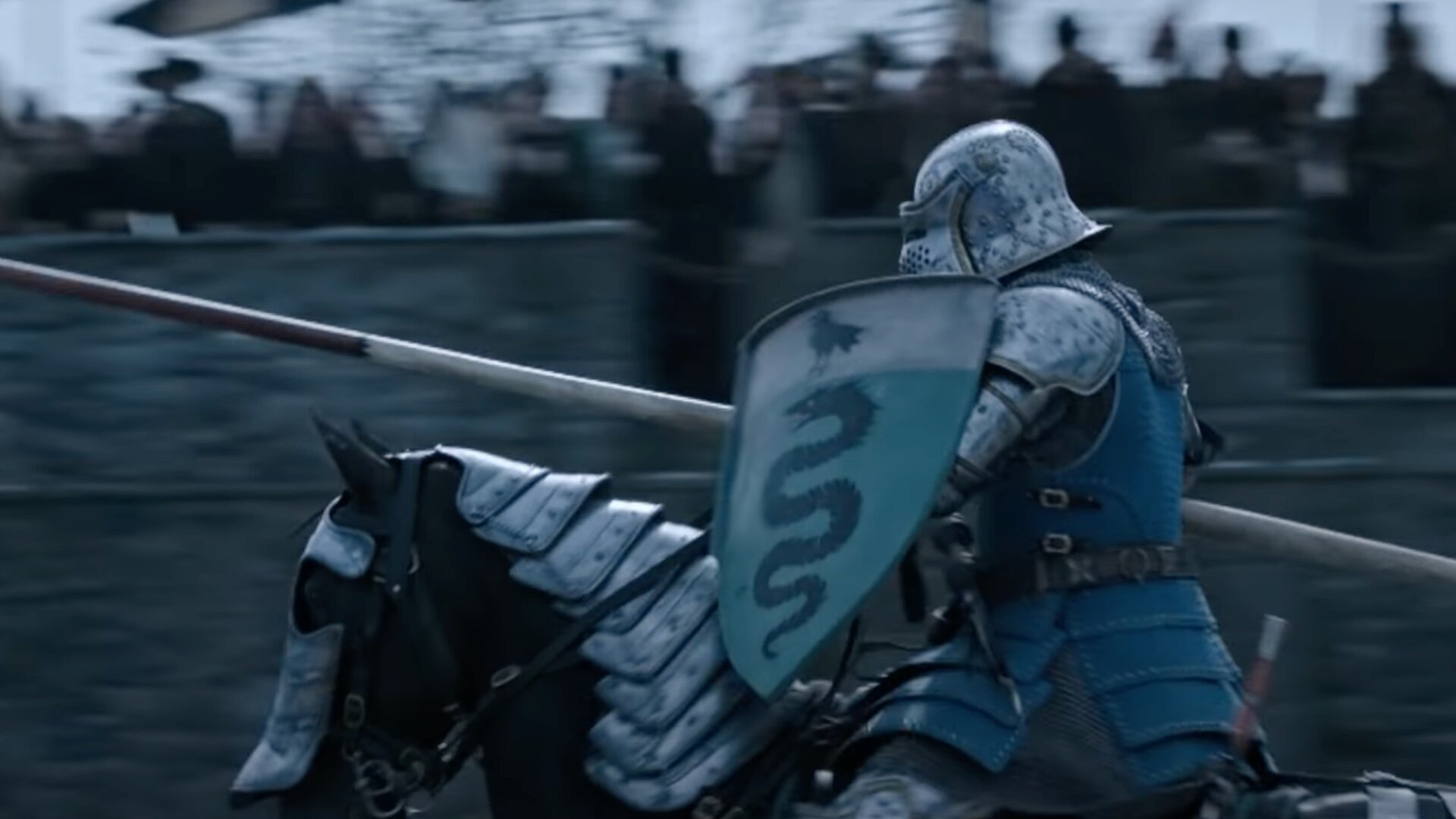 In 2002 the idea of Sir Ridley Scott making a historical epic from a script by Matt Damon and Ben Affleck, who would also star, would have been an instant smash hit and potential Oscar frontrunner. Even in 2021 this concept still sounds like a recipe for cash and awards, especially when adding the casting of Adam Driver and rising star Jodie Comer. Scott has made numerous historical epics over the 21st century. Gladiator and his director’s cut of Kingdom of Heaven are highly revered works, ensuring that the marketing for The Last Duel had some ‘from the director of […]’ credits in it. Damon and Affleck won an Oscar writing a script together for Good Will Hunting and have both been nominated in other categories. It is also likely that Damon’s star persona in the similarly budgeted ‘original’ Le Mans 66 helped draw in audiences to watch it, so it seems incomprehensible why the studio failed to market these aspects: only one trailer and one poster made the rounds online.

Besides the obvious competition with James Bond, Tom Hardy and Dune fanatics, there are numerous factors that best explain The Last Duel’s catastrophic failure. One is not quality. This is a brilliant film first and foremost; the performances, especially by Comer, are superb whilst Scott directs the heck out of the final confrontation, which is seriously white-knuckled. Its smart screenplay is structured in a refreshing way and its message and content works tremendously well for the post-MeToo era. But the picture does clock in at a mighty 153 minutes which of course limits its amount of showings. Chiefly it means the film can’t play too late which prevents its target audience from being able to see it. The film is a strong 18 certificate in the UK and an R in the US, and the adult demographic it is skewing are not going to finish work to sit through such a long film in the evening. 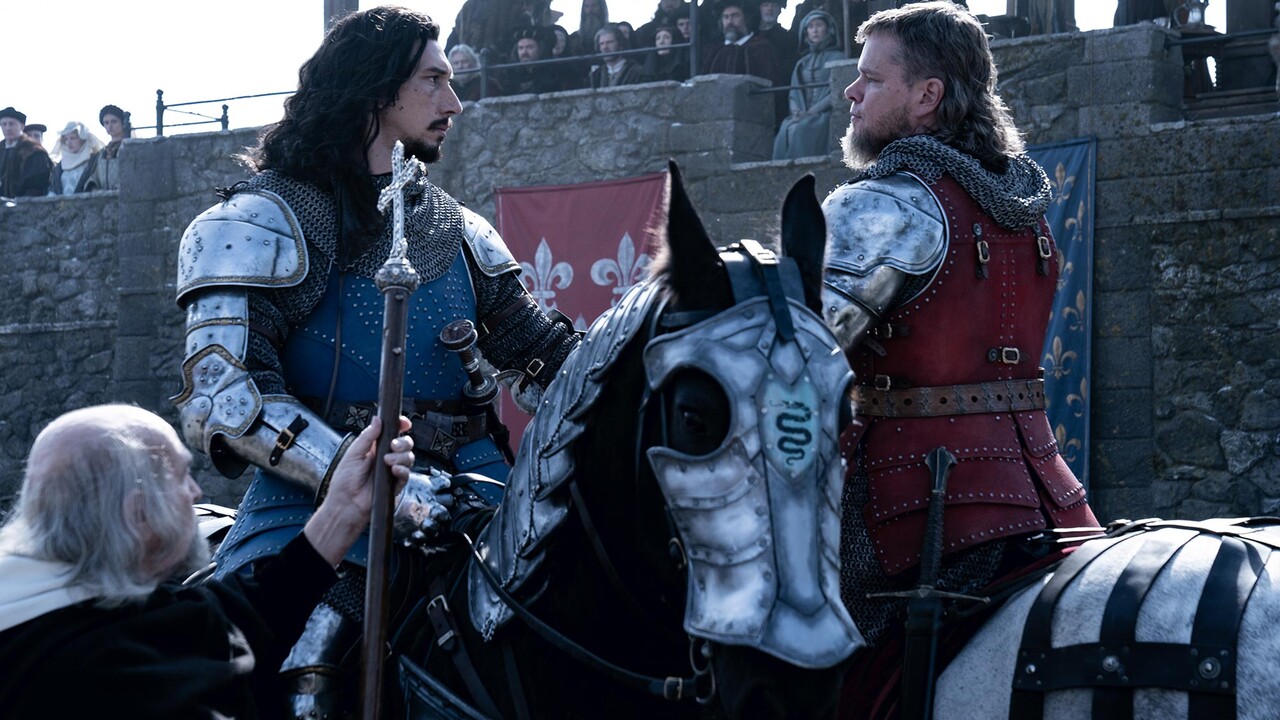 The coronavirus factor is also looming large. The over-45 demographic have still yet to return to cinemas in big numbers, shown by No Time to Die’s slightly underwhelming performance in the US and Canada. Perhaps the older audiences risked seeing James Bond as it was an event, but would not so quickly return to cinemas for a film that had been barely marketed despite its 86% approval rating on Rotten Tomatoes. Another notable aspect is the film’s dark subject matter: based on a true story in 1380s France, it sees the wife of a knight being raped by the knight’s squire and so sets out with her husband to prove the squire’s crimes which culminates in a fierce duel to the death. Such content is hard to sell, especially considering audiences’ desire for escapism away from the current world.

It was reassuring to see The Last Duel get an exclusively theatrical window for its release, but the problem here is that if hefty budgeted historical films cannot make money anymore (and no, Ridley, you cranky old knight, it was not to do with millennials being on their phones), then studios are more likely to send them straight to streaming services like Netflix, which released Outlaw King. This is a calamity as epics should always be seen on a cinema screen to immerse yourself in pounding horse hooves, ringing swords and brutal gore. Studios will look at The Last Duel’s failure and see the financial shortcomings of its genre and not the marketing or content. In an age where audiences have a subscription to fictional, established worlds that provide short periods of escapism, safety and temporary happiness, The Last Duel really does represent the loss of curiosity in the cinematic marketplace.

The Last Duel will be available on is on Disney+ now. Watch the trailer below: